Roundtable: Choose Your Own Variety Adventure! 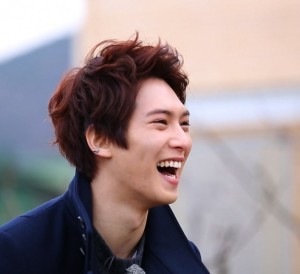 Variety shows are always good fun, and there has to have been a point where one has thought “I would so rule at this!” What variety show do you think would be the best fit for you and allow you to play to your strengths?

Ambika: Running Man is a clear favorite. It was the first one to pop into my mind, and I think I’d be decent at it. But there’s also a large chance that I’d lapse into TV viewer mode a la CN Blue‘s Jonghyun in awe of the funny and admirable people around. That probably wouldn’t do any good.

Instead, I think I’d like to take a turn at Radio Star. It’s one of the more blunt talk variety shows, but that type of humor is more up my alley. I’d probably be a terror for any agency, speaking my mind and talking back to the hosts. But heck, I’d have a lot of fun while I’m at it, and it can’t go too badly, right?

Leslie: I would give anything to be on Running Man. It was the first variety show I watched and that first that I started watching regularly, but ever since my first viewing, I’ve always wanted to go on because the different activities that they do seem fun and challenging. The hide and seek part, while not played as much any more, has always been my favorite.

Since I’m athletic and strategic, I think I’d be great on there. Plus, I have no shame in making a fool of myself, which seems useful for the variety show atmosphere in general. Even though there are other shows I’d like to be on, such as Infinity Challenge, Running Man is definitely my number one dream variety show. In fact, as pathetic as it sounds — at least to me — I actually had a dream the other night that I went on Running Man. It’s kind of sad. 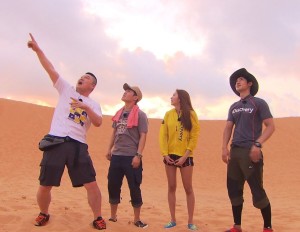 Fannie: No shame, Leslie. I have dreams of being on Running Man all the time. It is my ultimate, ultimate show.

The show I currently would — not — want to touch with a ten-foot pole would be Barefoot Friends. Yes, Running Man scriptwriters can sometimes be evil and put the members through hell, but at least they make sure to make it fun as well. The scriptwriters for Barefoot Friends — at least in the first few episodes — similarly put the members through hell (deserts, cyclos, gendong), but without all the fun. Also, for some reason I also have (surprisingly) found Kang Ho-dong to be particularly grating on the nerves ever since his return.

Miyoko: I have to admit that I’m not competitive AT ALL, so I can’t do any show that’s all challenges. I’d just not care and my team would hate me. So in a completely opposite direction, a show like We Got Married that revolves around personal interaction would suit me. I think my strengths lie in talking and emotions, and honestly, how many other shows cater to those? I’m pretty verbose and open with my feelings, so I’d have no problems in the confessional section. I also think I do better one-on-one than if I were in a group. Plus I laugh at everything, so even if my partner told really bad jokes I’d look smitten. We’d take trips, eat food and look googly-eyed at each other, and it would be fun no matter how scripted it is. Seriously, I’d even turn on the blushing if I really had to.

I’d actually love to be one of the commentators on WGM, as long as they’d let me say what I say when I watch it in my living room.

Nabeela: I’ve always dreamed of being on WGM. Even though its all scripted and fake and blah blah blah, I would just die to be able to play house with a cute male idol. If that’s not living the pretend dream, then I don’t know what is. 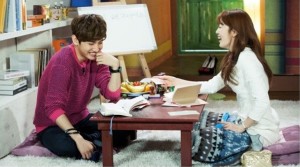 Gaya: The show I would really have loved to be on was Moonlight Prince. I know it didn’t do too well and ended up getting canned, but I love reading and discussing books and it would have been a perfect fit for me — barring the fact that I have absolutely no mastery over the Korean language, nor much knowledge of Korean literature. Oh, I could have learnt so much, though! Of the currently airing shows, Running Man looks like a lot of fun; but I’m going to pick 1N2D, because travelling and doing random challenges is like the perfect combination to my mind.

Shweta: If I had a time machine and could fly back in time, I would go the show on X-man because you don’t have to be excessively athletic to have a lot of fun. I enjoy the fact that they have variety of challenges that access a myriad of skills and cunning, while rarely coming off as scripted (unlike Running Man). My favorite segment on the show has to be “당연하지 (Of Course)!” because it’s a total riot and can be an epic battle of wits. I think my two favorite showdowns of “Of Course!” are the episode where Changmin and Jaejoong spill way too much information about “Bitter Juice,” and this one, between “Sparta-kook” Kim Jong-kook and Lee Min-ki:

As for shows that are currently airing, 1N2D and Running Man are obvious picks, but I think I would also like to join the Shinhwa Broadcast. It’s such a hilarious show. 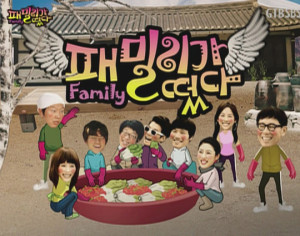 Johnelle: This is like the easiest question for a roundtable I have ever answered, hands down, and my answer would be Family Outing. That means I would be using the time machine too, and I would be going back to the time that Lee Chun-hee and Park Ye-jin, not hating on the Park Siblings, Park Hae-jin and Park Si-yeon, but Chun-hee and Ye-jin were funnier.

I even had it all planned out — I would get famous somehow like writing for an awesome K-pop site — and then go on the show. I don’t even care where we’d go as long as it wasn’t during winter because, being from Hawaii, I’m a weather wimp. I would love if we went some place where we would be harvesting fruit or veggies instead of some kind of fishing though because I get sea sick.

I’d bring the cast all kinds of goodies from Hawaii like chocolate covered macadamia nuts, kona coffee and Hawaii t-shirts so I could get first place for the sleep rankings. Then I’d lose the morning game on purpose to make breakfast to show off my cooking skills and make my killer kimchi fried rice, egg omelette, and I’d bring some Hawaiian Style sausage to go with it–although I’ll probably have to learn how to make some kind of soup.

If we can’t go back in time and have to pick a currently running K-variety show then I’d pick Infinite Challenge. Which might be surprising to some people because of my love of Running Man, but there’s too much running on that show for me. I think I could have a lot of fun on a good episode of Infinite Challenge. 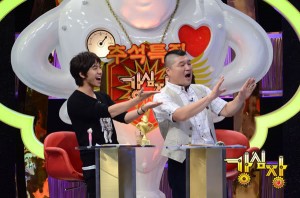 Nicholas: The ultimate show for a struggling rookie like me would have to be Strong Heart. I get to sit in and hear juicy tidbits by other big names, give good reactions when the camera is on me, be amazed at how good Kang Ho-dong (was) at working the ground back then.

When pressed for a story, I would use the catchiest tag line to get attention, like “Sleeping With My Buddy” or “The Day I Seriously Gave Thanks.” In the case of the former, it would be the combination of renting a small apartment, plus my love of a big TV in the bachelor’s pad, that meant no space for another bed, when means the maknae shares a single bed with me. That story would generate insane laughs and make me big on TV for a while.

In the case of the later, its how 3 years of training (AKA 14 hour workdays and subsisting only on ramyun) and how I willingly took the subway for 2 hours just to get to the Idol Academy paid off. And the day I debuted, I was so happy I kissed the ground and gave thanks. That story would make even the most hard-hearted idol cynic cry, and earn me instant fame.

Lindsay: That sounds uncannily like an episode of Strong Heart I’ve watched before. Nicholas, are you sure you aren’t an idol? 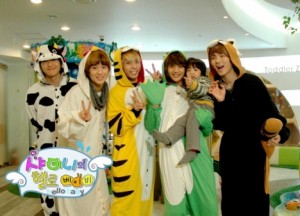 I’m not particularly athletic, and heaven forbid someone ask me to do an embarrassing personal talent, so I’ll have to go with a show that will play to the strengths I do have, Hello Baby. Assuming I’m a member of a very popular K-pop girl group, this would be the show I’d be pushing for a spot on. I’ve had the nickname “mom” since I was in middle school because of my responsible and nurturing instincts so I think I could secure the spot of number one mom on Hello Baby.

Although they do have to do some silly things on that show, possibly quite embarrassing things in fact, because it has to do with actually raising a child I think I could pull it off. Mind you, I’d prefer Hello Baby from the Shinee era because the resent seasons haven’t been so hot. Also, babies are cute.

Gaya: Actually, we should all go on and do a season of Seoulbeats Hello Baby.

Fannie: Who will be our baby? Zelo? Heh heh..

Gaya: Subi, if you were the baby, we’d be the ones getting schooled.