The year 2013 is only half over yet the amount of scandals, relationship confessions, and celebrity marriages so far has to have exceeded every other whole year since I started following K-pop. The latest controversy revolves around an SBS In Depth 21 segment that followed some celebrity soldiers, also known as ‘PR Agents’ after a concert held for soldiers on June 21st. The report was to uncover how PR Agents conduct themselves while on duty and the video showed these PR Agents, which allegedly included Rain, Se7en, Sangchu, and KCM all leaving their motel late at night after the concert in civilian clothes, using cellphones, drinking alcohol at dinner and having no apparent curfew which are all against regulation.

After going back to the motel, two soldiers left in a taxi a short time later and were gone for a couple of hours, while two other soldiers were followed by reporters in the early morning to two different ‘happy ending’ type of massage parlors.  Upon their departure from the second establishment, they were confronted by the reporters, got violent trying to take the cameras away and denied any wrongdoing.

All reports claim that the two soldiers that went to the massage parlors (which apparently might be a violation of the moral code all soldiers take) are Se7en and Mighty Mouth‘s Sangchu.

The day after the news broke in Korea, the Ministry of National Defense claimed that they were looking into the allegations and if they are proven true will handle the matter according to the law. Sangchu’s agency 101 Entertainment has said that they have not been in contact with him and YG Entertainment has not responded to any claims or inquiries about the incident making many claim they are ‘stonewalling.’ Many claims in Korea state that Se7en and Sangchu’s careers are officially over. 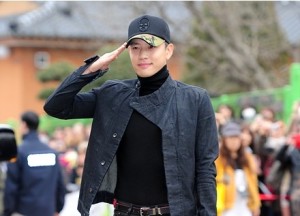 It baffles me that these PR agents weren’t more careful especially after the scandal that Rain went through (I wonder if this will affect his release on July 10th?).  But what also is a problem is with the military itself.  These individuals should be monitored more closely by their superiors if they are going to be conducting these kind of special duties or events–an everyday soldier is always monitored by their superior–so who was in charge of these guys?  Everyone claims that these men shouldn’t get special treatment as celebrities, but that is kind of inherently impossible because of who they are–their fame will always makes their circumstances different.

In the reverse, it also wouldn’t be fair to treat them more harshly than your average soldier because they are a celebrity, right? If they were to cut off all the special events that these soldiers do wouldn’t that be worse and bad for morale?  I would think that the other hundreds, if not thousands of soldiers, that enjoy these concerts would choose to have these concerts rather than to not and that is the crux of the issue.  There should be set guidelines for celebrities attending these events and they should be enforced and monitored, especially after all the backlash about celebrity treatment in the military. 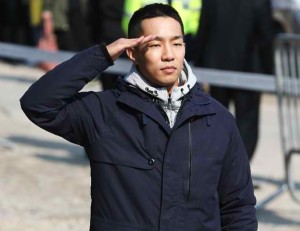 Yes, it was a bad call and use of judgement on the part of these men–they really should have known better by already being celebrities that there always might be someone watching your every move. Fans have expressed their disappointment in Se7en and Sangchu, but I really can’t wrap my head around this incident being the ‘end’ of their careers.  Because, really, in a society rife with indiscretion, sexual harassment, a culture of host clubs and the apparent acceptance of openly ‘happy ending’ massage parlors (if they are going to be charged with participating in ‘adult activities’ that are against the law, shouldn’t the owner of the premises and the people who performed the said activities be charged too?) why is their alleged actions so bad?

Yes, if their actions were against military rules and codes they should be punished according to the law, but why are their music careers over? If it’s because they have now tainted their idol image and every fans’ fairy tales about them, their fans need to really stop being hypocrites and wake up to reality–don’t they know that most fairy tales started off Grimm?! Yes, my impression of Se7en and Sangchu might be a little tarnished now, but that doesn’t affect how well Se7en can sing or Sangchu can rap or my appreciation of their music. These men are only human and by being human have made a mistake.  I’m sure they are not the first soldiers to have visited a massage parlor and they won’t be the last no matter how shady that is–they were just caught because they were celebrities being stalked by reporters. I’m not saying that what they did is right, but I don’t think it was so wrong that they should they lose their careers over it.

What say you, Seoulbeats readers?