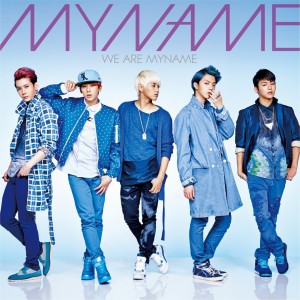 It might come off as strange, to pursue a retrospective for a group that has half the discography and history as Beast, or other “higher tier” groups, though I think this is really an exercise in uncovering how the run-of-the-mill group manages to remain relevant and improve in non-traditional ways. Unlike the likes of Exo, MYNAME doesn’t have the resources or the fan power to disappear into the void, with fans creating thousands of comeback jokes to keep themselves entertained and eagerly awaiting their return. Instead, MYNAME does something very strange for a young idol group, which is to immediately debut in Japan without establishing a strong bond with Korean fans. This is a pathway that few idol groups utilize, but there are examples, which include Supernova and DGNA.

However, to really understand where MYNAME has been and where it seems to be going, let’s go back all the way to the beginning. MYNAME is housed under H2 Media, a label created by ex-Fly to the Sky member, Hwanhee. The group was even informally known as the “Hwanhee Boys.” Unfortunately, like nearly all ex-idol or current-idol backed projects these days, the name did little to illicit an illustrious career for the group, alongside our favorite idol group gimmicks like foreign members, and “abnormal” physical features.

Nevertheless, The group made its debut in October 2011 with the song “Message” via the show, Tah-dah It’s MYNAME, along with releasing a single album that contained three different versions of the same song.

The song was standard boyband fare, so discussing its success as a single isn’t all that worthwhile, and the song only managed to hit the hundreds on Gaon. Then again, it’s not like it wasn’t expected, since they didn’t try to market their significant vocal strengths and individuality from the masses (despite “Message” being a decent song). The MV had drab colors and less than enthusiastic vocals. In fact, their debut was so unnoteworthy, that we only briefly covered it in the Seoulcial Life here on Seoulbeats, and Nabeela even admitted (regretfully) to barely knowing who they were (along with a bunch of other rookies) at the end of the year.

MYNAME’s attempt number two, through “Hello and Goodbye,” is better, and is certainly a prettier release vocally (we gave them a little more attention this time around here). However, “Hello and Goodbye” isn’t a standout song and remains rather generic as beautiful as it is. The single album (more like EP) “MYNAME 1st Single” wasn’t bad either—it makes for some pretty easy listening for the most part. (The production value could use a huge boost though.)

It’s at this point that MYNAME moves over to Japan. Though most would find this a bit weird to be doing so early, I’m a firm believer that Japan is like a magic elixir for K-pop artists. At about an 80% success rate, Japan is believed to markedly increase the quality of any K-pop group; be it in singing, music production, or basic song quality. And certainly, MYNAME does not disappoint. Heck, even “Message” sounds 10X better in Japanese on sound quality alone:

Yes, like nearly every Korean to Japanese crossover, MYNAME released their Korean singles in Japanese, but they did make a several original songs from the onset. These original Japanese songs make up a large portion of their “Message” and “What’s Up” single releases.

“What’s Up” is what I call a clean release. The song and PV is a culmination of everything that MYNAME had the potential of releasing right from the get go, and didn’t. This is a self-assured, quality pop song — period. It may not be the most memorable song in the world, but it’s undeniably solid: solid vocals, soild PV and styling, solid dance, solid hook, and minimal, tasteful, “rapping!” Not only that, it’s a vocally supported “rap” (sing talking?) with some harmonies and colorful ad-libs thrown in.

Yup, I am one happy camper.

If anything, Japan has given MYNAME the chance to work on group identity, confidence, and cohesion, lending itself to an improvement that’s visibly noticeable in their second round of Korean promotions, “MYNAME 2nd Single.” In all seriousness, the overall sound quality improvement is remarkable. For example, take the song, “Astonished,” and compare it to “Girlfriend” or “Hello and Goodbye.” The difference between the two isn’t necessarily the most obvious. It lies in the details: how the song is embellished, its recording quality, etc. “Girlfriend” would probably be the best comparison, as the song has the same vibe as “Astonished.”

The point of comparing these two albums is to reveal the importance that small details play in how good a song sounds and how positively it contributes to the group’s identity. “Girlfriend,” when it comes down to it, is not a terrible song. It’s an average song that is executed poorly. It does nothing to establish MYNAME’s sound as a group and create cohesion between all the vocals in the group. I don’t listen to groups to hear one person, I listen to groups for the collective. Songs like “Astonished” give me reason to listen to the collective.

But we’re not done just yet. The capstone for MYNAME’s transformation comes via their first Japanese Album that came out at the end of March. I mentioned in my Shinhwa review that there are three components to fulfill in order to make a good album: production, conviction, and cohesion. We Are MYNAME is a perfect example of the gravity of those elements on the success of an album. Though We Are MYNAME lands itself in the mid-lower end of the spectrum, we can’t forget that it’s Really. Well. Done. Every song isn’t perfect or even all that striking, but the whole thing comes off unified, directional, and representative of MYNAME. 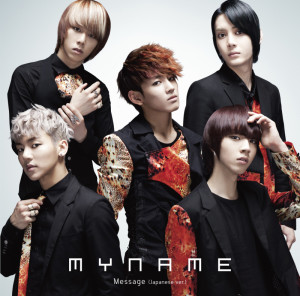 What’s even more shocking about this album is how great the Japanese versions of their Korean songs are, even if the only real change is in production value. I hated “Replay” from their first single album, yet when I heard the Japanese version, my jaw dropped. I even had to go back to the Korean version to check whether I really was listening to the same song. (I’m so close to swearing by Japanese production for good.)

With the release of We Are MYNAME, I’m convinced that MYNAME joins the ranks of SNSD, TVXQ, DGNA, and Supernova, where advances into Japan has made all the difference to the quality of the group. That said, MYNAME is purely a basic pop group and I’m not going to make them more than what they are. However, what MYNAME has managed to do over the last half-year in Japan is discover that there is a divide between well-made pop music and half-assed pop music that can be churned out by the thousands. MYNAME thankfully has been working its way to the former side, especially in presentation. They’ve had the songs and the general talent since day one; it was just a matter of putting it together right.

MYNAME is set for a late June comeback, and what was once a group that sat on the backburner of almost everyone’s K-pop to-lists has now garnered my attention. Here’s to hoping they continue the upward trend to finding their real potential.

And even if they end up crushing my dreams for them, at least I have Japan. 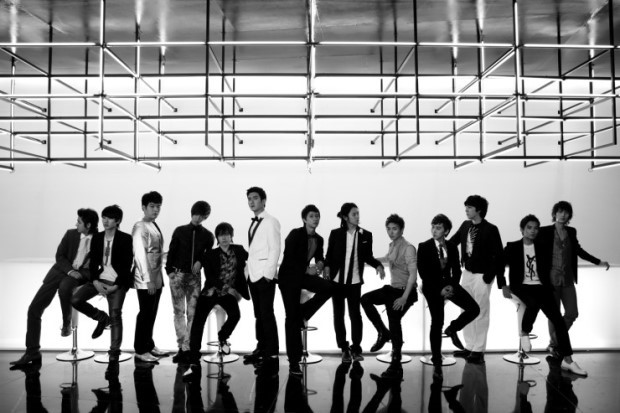