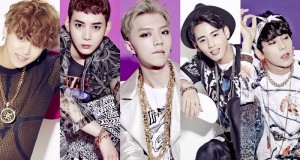 There’s a pretty good chance that you’ve never heard of MYNAME. After the misfortune of debuting during a wave of new groups in 2011, this boy group simply couldn’t manage to capture widespread attention with any of their singles — despite releasing ultra-dramatic and hyper-emotional videos like “Baby I’m Sorry.”

Their company’s decision to send them to Japan only a few months after their debut didn’t help, either. If you hadn’t been paying attention to their Japanese activities, their lack of promotions in Korea during 2014 might have made you worry about the group’s fate. Luckily, with their most recent comeback, “Too Very So Much,” MYNAME puts any such worries to rest.

“Too Very So Much” is a departure from the group’s previous musical and visual style, and the change is quite welcome. Instead of the lackluster ballads they’ve released in the past, what we get this time is a hip hop influenced pop track with an infectious rhythm that encourages you to move along with the music. The MV is bright, colorful, and fun to watch — even if it lacks a heart-wrenching story line. MYNAME has pulled off a successful image shift with this comeback, which will hopefully bring them the attention they deserve after four years on the scene.

From the outset, the song is contagious. It begins with a jazzy trumpet motif and a distorted voice that repeats “headache” over and over, establishing an upbeat rhythm that sticks throughout. Keeping in line with the hip hop-inspired sound, the first vocal performance on the track is a rap by member JunQ, and it’s surprisingly good. While it doesn’t qualify him for a spot in the K-rapper Hall of  Fame, he manages to keep himself quite far away from being classified as a tone deaf idol rapper. The second rapper, Se-yong, does a fine job as well, making the song easy to listen to without having to cringe at awkward, poorly executed raps. 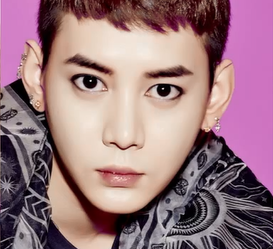 These rap verses are the backbone of “Too Very So Much,” leaving the group’s vocal line with little time to extensively showcase their skills. Even so, member Gun-woo is given a bit of time to himself when the beat slows down; his smooth voice infuses the song with a nice R&B flavor (quite appropriate when you realize that MYNAME was put together by Fly to the Sky‘s Hwanhee). Overall, this track combines an upbeat track with the rapping and singing needed to make it a solid jam — something you’ll probably be wanting to listen to once more when it ends.

Similar to the song, the MV is simply fun to watch. While you might miss the story line during your first watch, it’s actually pretty cute and enhances the viewing experience (though it isn’t groundbreaking or strikingly original): JunQ sees a pretty lady, passes out, and we are taken inside his brain to see how his mind deals with this overload of beauty. Strangely enough, the MYNAME members are in charge of running his brain, and we see them curiously turning nobs and cooking up chemicals to cure his problem. As the aforementioned pretty lady leads the guys on a chase around JunQ’s brain, it is revealed that this woman must be captured if JunQ wants to regain consciousness.

The members were clearly into the concept of this MV, and watching their silly antics is nice. They lend a unique attitude to a story line that has the possibility to be cliche or uninspired. The story also had the potential to be somewhat creepy, since it was based around five men chasing around one woman. Thankfully, though, this lady isn’t overpowered by the manliness of MYNAME, and she disappears before she can be caught in the boys’ net. The five lovesick guys are left thirsting after a girl who doesn’t want to put up with their silliness.

Lyrically, “Too Very So Much” is not innovative — it’s a typical song about how perfect their love interest is and how they would very much like her to fall in love with them. The choreography isn’t anything new either, though they perform it skillfully and with enough soul to make it look fun and impressive. That’s really the overall theme of this release: when given something typical of K-pop boy groups, MYNAME manages to put their own unique spin on it and make it engaging. The members have the confidence and talent of a four year-old group, even if their popularity doesn’t quite match their age.

Although MYNAME is facing off against a lot of popular acts during this comeback cycle, “Too Very So Much” is a great song to bring to the competition. Even if they don’t make many waves, these boys should at least know that they’ve released a song that deserves the attention of fans’ eyes and ears.