T-ara Troubles: Trooping on with Subgroups 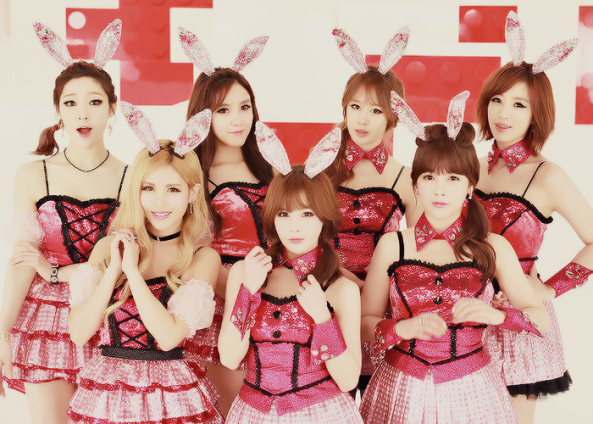 Despite all the bad and overused jokes made about it (including this one), if T-ara does deserve props for anything, then it’s definitely determination. Brownie points aside, most of the credit (blame) for this should go to their CEO, Kim Kwang-soo, whose ineptitude when it comes to managing these girls is close to comical. This most glaringly comes through with the T-ara bullying scandal, which rocked the group’s reputation to the core. From the members’ ugly pasts being dug up and used against them, to losing endorsement deals left and right, and with their own cafe turning into a pro-Hwayoung support group, T-ara’s been through it all.

Despite all of this however, the aftermath for T-ara has been almost kind. Although “Sexy Love” failed to chart as well as T-ara’s past singles, their foray into Japan with “Bunny Style” was met with relative success. Their EP Banistar reached number two on the Oricon Daily charts, and sold twice as much as their Japanese debut “Bo Peep Bo Peep,” a fair success for a group devoid of a large fanbase, and especially after bouncing back from a scandal. With such mercifully above-average results, one is forced to recalibrate their views on Kim Kwang-soo’s tactics. Maybe pushing forth after the scandal was the best thing to do. After all, the T-ara members have cemented themselves as evil iljins in the eyes of netizens, and all apologies or refutations (even by the victim Hwayoung) are dismissed as utter bullcrap. What else can be done other than to move on?

We come to Kim Kwang-soo’s decision to unveil T-ara’s new subgroup — is he pushing his luck? His new quartet comprises new member Ahreum, as well as fan favourites Hyomin, Eunjung and Jiyeon.

In comparison to the failure and devastation on everyone’s minds, T-ara’s emergence from the scandal was almost like a phoenix rising from the ashes, but this subgroup just seems like an all-round bad idea.

It’s not to say the entire conception of this Ahreum-Eunjung-Hyomin-Jiyeon subgroup is baseless with no logic. Rather, had the scandal never occurred, the real question would be why this subgroup didn’t happen sooner. Adding Ahreum to a group with the three most popular members is a sure-fire promotion method, and a great way to get her name out and about. It’ll definitely make her seem like an essential part of the group, which is more than what can be said for Hwayoung and her perpetually out-of-place raps. However, one look at the top comments on any T-ara article will tell you that the girls still have no favours with the netizen population of South Korea. And let us not forget the sheer power netizens online have over celebrities.

For God’s sake — there’s not even any variety in opinions from the top comments.

T-ara to Comeback in May With 4 Member Unit (NATE)

8. [+1,971, -46] Should’ve spent that time disbanding… instead of suffering this embarrassment

At the very least, thrusting three of the most despised members in the group back into the spotlight must be mentally exhausting for the girls. Considering the vitriol sprouted on news articles involving them when they’re simply existing, the immense backlash over the three of them actively promoting is to be expected. 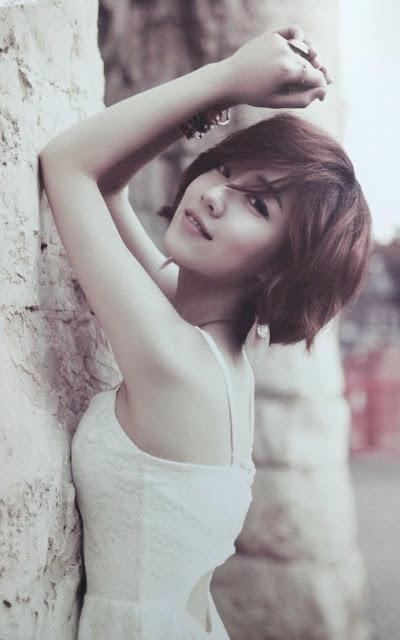 The saying we’re all familiar with is that all publicity is good publicity — and although that may be true to an extent (I mean, thousands of upvotes on Nates definitely shows public awareness), it’s also naive-thinking to another extent. Sure, the group may not necessarily flop in terms of sales, but how will promotional activities with Ahreum go? If a broadcast station even dares to air a popular show with any of them guesting, it’ll be an invitation for a flood of netizen antagonism. With the state of T-ara’s reputation, it’s difficult to see them being able to score slots to the go-to idol programs like Beatles Code, or even Happy Together. Maybe a small stint on Healing Camp? That’ll give the netizens a huge laugh.

More than that though, at such a fragile and critical point in their careers, the obvious separation of the more popular members and the less popular ones would create an even bigger divide in their group. Pre-scandal days, one of T-ara’s biggest faults definitely lay with the fact that CCM had all their eggs in one basket; Jiyeon, Eunjung, and Hyomin receive the most activities, Soyeon — despite being pretty, having an actual personality, and being the lead singer — had leftovers. As for Boram, Qri, and Hwayoung? No one knows what they spent doing in their free time. Now that the “core of the group” have become the most loathed amongst the population, simply sticking to the old formula could make or break them. If in the chance that Eunjung, Jiyeon, and Hyomin do flop, then it’ll be the biggest sign that T-ara are on their way out. It’s not like CCM has any other members to really invest in, right? 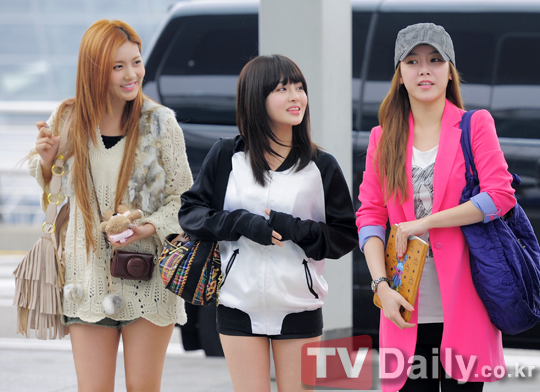 More pressingly though, is that the group has just been in a scandal about bullying! Most likely fostered by the toxic environment Kwang-soo forced them to work in. So how is reinstating a popularity gap a good idea? I’m pretty sure that T-ara’s members have learnt their lesson, and are now a lot more cautious about how they treat their bandmates, and how they use SNS services. But I cannot imagine anyone in any group being particularly pleased that a new member like Ahreum is being promoted along with the more relevant members. Soyeon is billed as the group’s lead vocal, and has been with them since their debut with “Lies.” To give someone like Ahreum this opportunity over her is almost a slap in the face.

The other possibility is Soyeon going solo, which unfortunately is not quite foreseeable as she doesn’t have the star power for it. I’ve rallied for a Soyeon-Hyomin-Eunjung subgroup before, but popularity seems to take place over cohesiveness in talent. Ahreum is supposed to be a capable singer — in that case settling for a foursome of Ahreum-Soyeon-Hyomin-Eunjung would be just fine. Jiyeon’s presence however, makes it painstakingly apparent that this is a popularity show, which isn’t that much of a big deal. But after such a public fall out, you’d think the last thing T-ara would need is another clear break in their teamwork as a group of 7 (to be 8). 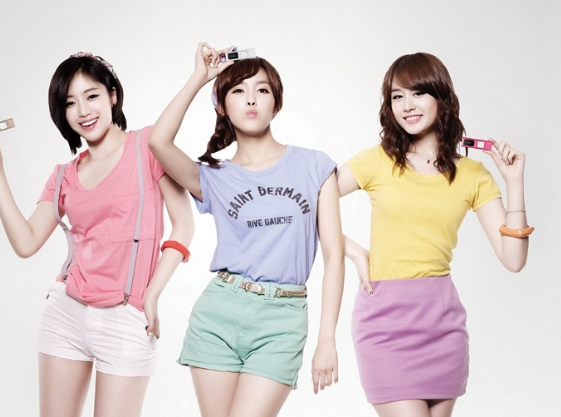 However, there are positives! The T-ara girls are ditching Shinsadong Tiger for this release, and instead taking on Duble Sidekick (consisting of composer One Way‘s Chance and lyricist Park Jang-geun), and I haven’t disliked any of their music thus far. I’m choosing not to take the name of their impending release ‘Country Side Diary’ too literally, and am cautiously optimistic about what Chance comes out with. Despite netizen’s worries, this subgroup isn’t a vocal blackhole or anything. It’ll be nice to see Eunjung (hopefully) get some more lines after being shafted in some of T-ara’s previous releases. Hyomin is a solid vocalist as well, and I’m holding out for Duble Sidekick to give them a song that lets her actually sing rather than squeak her way through. Seeing Ahreum’s supposed singing talent finally on proper show, is something to look forward to as well, especially for the curious minds among us. And Jiyeon… well, I guess she’ll play it up by being cute…?

What are your thoughts on this? Comment and let us know!