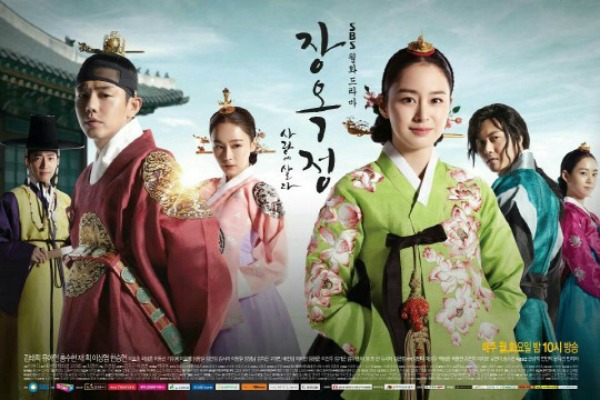 There are moments in life when you’re thrilled to be utterly wrong. Though they are few and far between, this is undoubtedly one of those times. For those who don’t know, I had pretty much denounced Jang Ok Jung, Live for Love (hereafter referred to as JOJ) before it even came out — and now, all of you can witness me eating my words. I admit it: JOJ is actually a decent drama; for some it definitely has the quality to become outright “crack.”  The first four episodes of this drama have fully exceeded my expectations, though I do admit they were pretty low/non-existent to begin with. Sure, Kim Tae-hee (Jang Ok-jung) still has stilted acting, some scenes depicting “attraction” are ostentatiously dramatic with the delivery, and I’m not quite on board with the Western faction being 99% bad, because that’s just not how politics works. However, despite all this, JOJ manages carry charm and is — shocker — not a bad sageuk. Not just drama, but sageuk.

Let’s be clear, I’m using a pretty broad definition of sageuk here, because what usually makes a sageuk a sageuk, is the history behind the overarching story and the historical accuracy behind each character’s actions. JOJ, however, fulfills neither category well, yet still tries to place itself firmly in the sageuk category, which is kind of awkward. Since it’s really more of a fantasy historical (a la The Moon that Embraces the Sun) as opposed to history book kind of historical, I’m not going to judge JOJ on the same grounds as normal saeguks like Dae Jang Geum. It’s going to have many fictional elements and contrived plot movements (the whole fashion designer making armor thing, for example), but we have to suspend disbelief for the sake of the re-imagined Joseon depicted in JOJ. 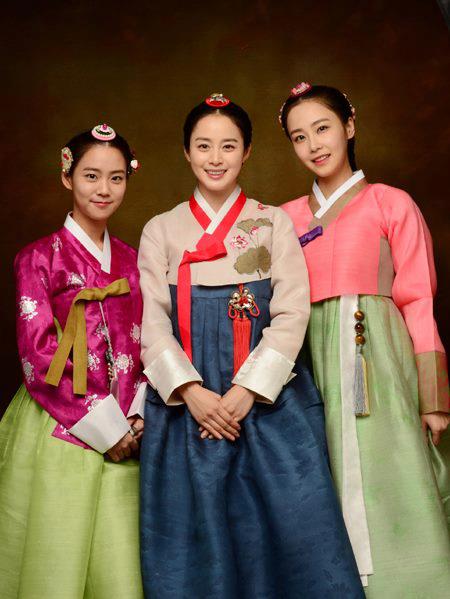 Jang Ok-jung in JOJ truly surprised me with her drive and passion to protect what is important to her — not her budding love for the future King Sukjong, but her mother and her dreams to make clothes that define people. From the very first episode, she reveals herself as a woman beyond her time, independent, driven, and most importantly, self-respecting. For all intents and purposes, this is great, because I’m here to see a re-imagined Jang Ok-jung, and she does seem to have her merits here. The only problem is that she comes off as too nice and uncalculating, to the point where I’m not entirely sure that she’s Jang Ok-jung that I knew from historical accounts and other drama adaptations.

Part of having a parallel universe is to give enough familiarity that people will understand it as a parallel universe with the same people, not an entirely different story. Of course we need to obviously “change the story,” but I need enough recognizable features to remain in Jang Ok-jung to realize that indeed, I’m watching Jang. Ok. Jung. Do you really think that the Jang Ok-jung of all other adaptations say (and I take liberty in paraphrasing here), “Hope is the secret weapon I hold in my hand.” It’s just way too “sappy” for a hard-faced woman like Jang Hee-bin.  However, if the show manages to take the “soft” Ok-jung and show her transition in a reasonable manner into becoming hard, calculating, and ruthless, I will have to eat my words yet again. My greatest wish for this show is that it becomes a more realistic depiction of the kind of woman Jang Hee-bin was, especially since real history is written through the eyes of the victor. 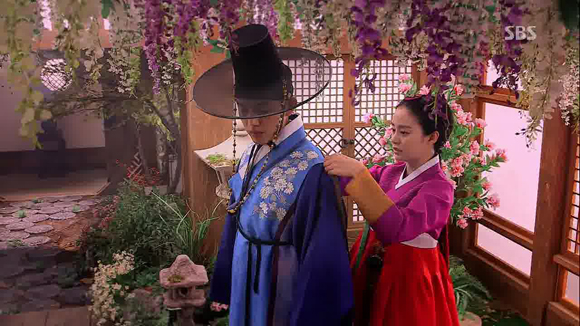 My real elation for JOJ however, actually stems from all the wonderfully crafted non-lead female characters are in this show. None, and I mean none, are entirely unsympathetic — to the point that I actually care about them. One thing that has always irked me about K-dramas as a whole is how flat female characters tend to be. All good, or all bad, all tough, or all weak. Rarely are they truly a combination of these traits, fully bloomed to become a true persona instead of a cartoon character. From the oft forgotten Queen In-kyung (Kim Ha-eun) through Queen In-hyeon and even the young Choi Suk-bin (Han Seungyeon), you find multidimensional women that have their own (valid!) motivations, desires, visions, and goals.  My favorite scene hands down, so far anyway, is the one between In-hyeon and Ok-jung, as they stare into the night sky watching fireworks. I especially fell in love with Hong Soo-hyun’s (Min (Queen) In-hyeon) delivery here and her reaction to Ok-jung’s words.  Hong Soo-hyun truly deserves all the accolades she has received for her sageuk work since The Princess Man.

In-hyeon: “When I stare at fireworks like this, for some reason, my heart feels saddened. The fireworks shine so brightly for a moment and then fade away the next…reminds me of our lives. Therefore, I prefer the moonlight, that always shines in the night sky.”

Ok-jung: “No. My heart races when I see fireworks. If I’m going to live this life once, I’d rather shine brightly even if it is for a short moment and fade away in the night sky like those fireworks.”

Looking beyond the blatant foreshadowing provided by those lines, [SPOILER to all those who know nothing of King Sukjong and all of his women—things don’t quite end well for Ok-jung] what I find so enthralling about them  is how willing both In-hyeon and Ok-jung are to take destiny into their own hands. It makes me excited to see how they’ll face off later on, especially since both women really do eventually get what they want.

Now that I’ve spent what feels like an eternity on the women of this fantasy Joseon (which is rather ironic, actually) let’s turn to Lee Soon, or the future King Sukjong (Yoo Ah-in) who I can seem to only describe in a series of confessions.

Confession #1:  Lee Soon (both young and old) is such a charmer, I’m not at all surprised that all these women fell for him. Though he has potent chemistry with every one of those ladies, for some reason, it’s not always working vice-versa.

Confession #2: Yoo Ah-in is doing a fantastic job in his role, even if there are qualities of Sukjong that irk me to no end, i.e. how the writer has made him look like a perfect human being—which is totally not the case. 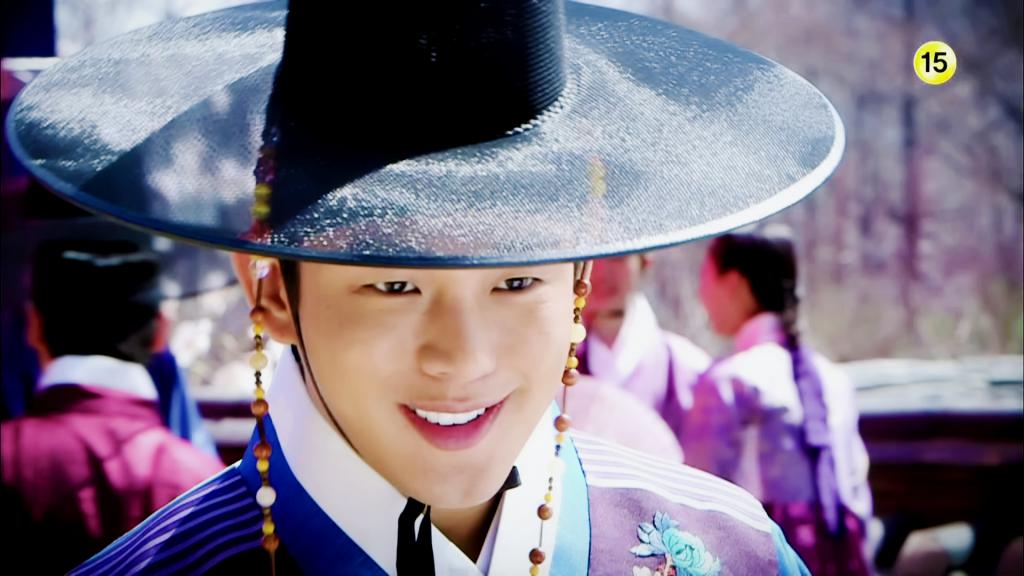 Confession #3: There is one super redeeming factor to Sukjong for me, [SPOILER] he marries In-kyung for the sake of political gains. [/END SPOILER] So that may sound like I’m a terrible person, but this turn of events is important because one, it stays in line with history, two, shows Sukjong’s dedication to his country and his role as Crown Prince (at the time,) three, displays his intelligence and political savvy, and four, cements the fact that this drama is more than a love story. And to be honest, this last fact is most important to me, because this drama is really about finding love and realizing what can and cannot be sacrificed for it.

Confession #4: I’ve pretty much ignored all the other leading men just to write about Yoo Ah-in.

Verdict:  JOJ is not perfect, but it has piqued my interest enough that I’ll probably keep watching it, mostly for Hong Soo-hyun and Yoo Ah-in.

Seoulmates, what do you think about JOJ: “absolutely strange,” “average,” or “my new crack?”