2NE1 Get Dumb For will.i.am's Sake 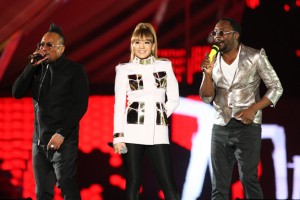 There hasn’t been a Western/K-pop collaboration more hyped that of 2NE1 and will.i.am. Although we’ve been teased with news of a collaboration between the two since after the release of 2NE1’s first full album ‘To Anyone’, it’s been a long and tedious wait to finally see some actual sonic evidence of work between the two artists. Only recently were we finally gifted a taste of what can be expected of a 2NE1/will.i.am combo with “Take the World On” for Intel, and now the release of “Gettin’ Dumb” marks 2NE1’s first official release for the American market, even if only as a featurette.

Unfortunately, loyal to its name, the song does indeed get pretty dumb. 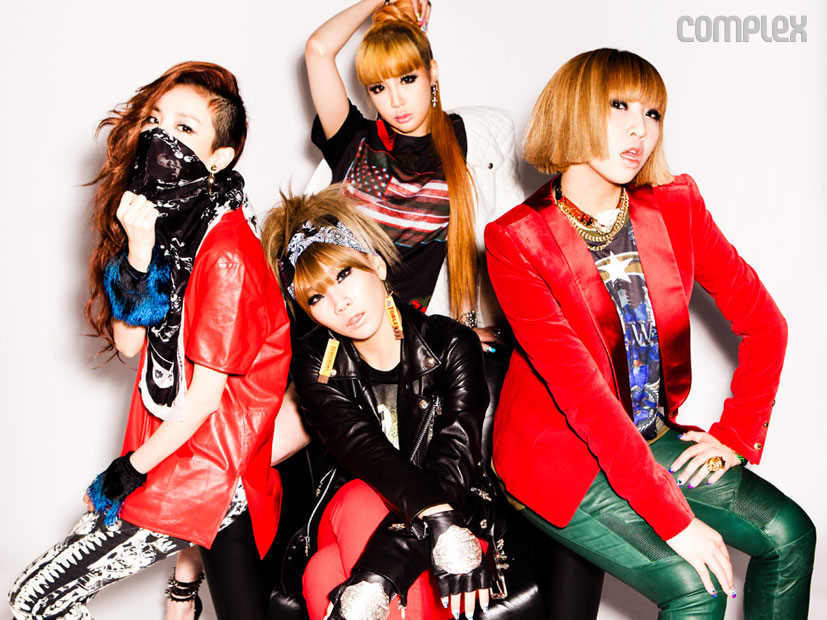 Terrible puns aside, I’ve always been half a mind about 2NE1’s collaboration efforts with will.i.am. On one hand, as questionable as I find the music will.i.am produces, he did manage to get Black Eyed Peas up on the charts, so he definitely knows what sounds will work with the masses to make a successful song. Despite the constant skepticism I’ve expressed in regards to K-pop’s foray into the American market, to see 2NE1 succeed would be a milestone, and will.i.am seems to know how to get them there.

On the other hand, will.i.am has managed to bring Black Eyed Peas from their “Where is The Love?” days to releasing audio-visual garbage such as “Time of My Life”, and his recent works have been lacklustre and grating on sore ears. 2NE1’s first full album ‘To Anyone’ was reminiscent of will.i.am’s current style, and unfortunately compared to the rest of 2NE1’s discography and mini-albums, it’s probably the weakest release by them. Although it’s true there’s a chaotic resonance in 2NE1’s music that’s reminiscent of will.i.am’s style, there’s also a lot more direction and quality in their good releases. Rather than a garble of vocals and bad rap dropped over a beat to make mindless club music. A route 2NE1 has come close to taking, and one I’d rather they stray away from. “Take the World On” did little to alleviate my worries, and “Gettin’ Dumb” reiterates them.

[youtube http://www.youtube.com/watch?v=JZfYn_ZE6MU] Although it’s nice to see 2NE1 release anything after they were put on the backburner by YG in favour of Lee Hi, this isn’t the kind of thing I’d want to hear from them. If between this and “Take the World On” is what I can expect from 2NE1’s debut American album, then thanks but no thanks. “Gettin Dumb” plays exactly like what most of will.i.am’s music does. In fact, the beat in the middle sounds almost exactly like the one in “Take the World On”. It begins with potential — Bom’s restrained singing over a head-nodding piano and synthesizer instrumental. Unfortunately it quickly collapses into will.i.am’s brand of brainless club music. This isn’t to say that 2NE1’s usual releases are the crème de la crème of musical sophistication, or that they’re too good for basic American music. But brainless is exactly what “Gettin’ Dumb” is. It’s rudimentary and redundant, with the occasional flashes of potential which quickly dissipatate as soon as will.i.am begins to rap. 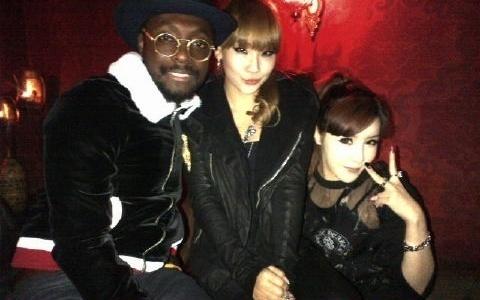 There’s nothing more irritating than when K-pop fans show elitism over western music, claiming K-pop to be
on a completely different par. However, in the case of 2NE1 and will.i.am, it’s completely true. All of the music Teddy and Kush have produced for 2NE1 trumps “Gettin’ Dumb” and “Take the World On”. Despite not being a fan of 2NE1’s last Korean release “I Love You”, in terms of complexity and dynamic it’s miles upon anything will.i.am has delivered. The only reason he’s being put on a pedestal in regards to his collaboration with 2NE1 is that he’s a well-known American producer — when really, 2NE1’s own music is superior to anything will.i.am can offer them.

I’m not out to say that Blackjacks have no reason to be excited over it; as mentioned before, will.i.am does have influence in the American industry, and to see the girls getting attention from him is indeed an exciting thing. But that’s really where it all ends. I’m getting a bit tired of Teddy too, but 2NE1 can do so much better with their own regular producers by their side along with a sprinkle of innovation. It’s one thing to gain attention in the American market, but I’d love it if along with attention they’d receive praise for their music. Remember when “I Love You” was played on BBC radio and was criticised? If it had been any of these songs they’d released in conjunction with will.i.am, they’d be critically slammed. will.i.am releases good music maybe once in a blue moon, and I doubt luck would have it that one of his rare decent tracks went to 2NE1.

There are positives to “Gettin’ Dumb” though. Having Bom’s singing restrained, showing off her unique timbre but preventing her from shrieking is a mark of genius I wish YG would take at times. CL’s rapping is also dope. Even though she’s rapping in English, her flow and attitude radiate amongst this mess of a track. It’s the exact kind of rapping I wish she’d do more often in 2NE1’s Korean releases. Both her and Bom trample all over will.i.am’s portions in this release, and it’s just aggravating thinking about how good this track could have been if only will.i.am himself was better in everything he did.

So Seoulmates, what did you think of 2NE1’s feature in this track? Love it or hate it? You know what to do!