SHINee Drops their 'Why So Serious' Teaser 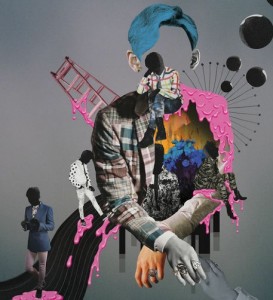 After leaving Shawols waiting with bated breath, SM finally dropped SHINee‘s MV teaser for “Why So Serious?”, the title track for Chapter 2 of their Album ‘Why So Serious? — The Misconceptions of Me‘!

For this comeback, SM teased SHINee’s concept calling it ‘dark’ and ‘sensual zombies’. As expected, the teaser looks nothing like either of those two descriptors. Unfortunately, it seems as though Jonghyun will indeed be missing from the music video. But who knows? Maybe to redeem the zombie concept, SM will have him cameo in the MV and earlier performances with a botched nose?

How great does the choreography look from the teaser? It’s full of big motions, fun, upbeat, and looks like it’ll transfer well on stage. Hopefully the full version reiterates this. The boys also look cute with their strained smiles and ridiculous faces. However, after “Dream Girl” turned out to have the best music video made by SM in a while, it’s a bit disappointing to see the turn away from innovativeness to the standard ‘close up’, ‘dance’, ‘group shot’ affair.

As for the actual snippet of the song, although it’s far from sounding anything like “Sherlock” 2.0, it does have the same theatrical flare. It definitely comes across as the kind of song that’d be made by it’s live performances and choreography over everything else. Which is exactly why I’d have preferred SHINee to post-pone this comeback awhile to allow Jonghyun to perform, considering what a large chunk of SHINee’s stage presence he makes. The teaser even seems empty without him. But hey, what can you do?

As is with SM, no one really knows when the full music video will be out. But the full album for ‘Why So Serious — The Misconceptions of Me’ will be released online on the 26th, followed by the offline copy on the 29th!

So Seoulmates, what do you think of the teaser? Love it? Hate it? Don’t care until Jonghyun comes back? Share your thoughts!