When the Pop Gets Too Predictable, K-Hip Hop Has Your Back 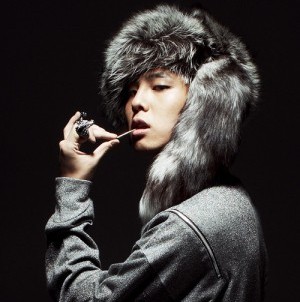 Korean pop music is, to say the very least, predictable. Its a genre that attempts to absorb a more cosmopolitan culture without much regard for social implications, all the while regimenting and scheduling the music scene to the very last minute so that not one idol’s hair ever lies out of place. It’s a complicated machine to try to understand; and it can be a controversial place to be, no matter how catchy the music is.

But what we may not realize in the grand scheme of K-pop, that when the candy coated pop confections are not saturating the airwaves, the charts, and the fans and suffocating out the rest of the Korean music scene, is that there are genres with real substance to be had.

And I think this is important to point out. So often we as both fans and critics of K-pop beg to differ about about musical merit. We pose difficult social questions and demand humane answers from a pop entertainment industry that in truth thrives off a political economy and market demands rather than musical artistry. This often leaves us with unanswered qualms and piling frustrations.

Of course, any and every pop industry in the world could easily be summed up like this. In the case of K-pop, however, I often come across fans who are constant at odds with the fact that idols are trained–that virtually anyone can become an idol with the right amount of plastic surgery and a long enough training period, that these musical capabilities are not inherent and valued as such. Some are irked by the fact most idols play no part in their own productions except being the physical body, the face to it all. One could easily be conflicted with the paradox that it really doesn’t take anyone special to become a Hallyu music star, just all the right financial foundation. But don’t give up on Korean music just because behind all the glamor of K-pop lies uncomfortable truths. Switch it up. 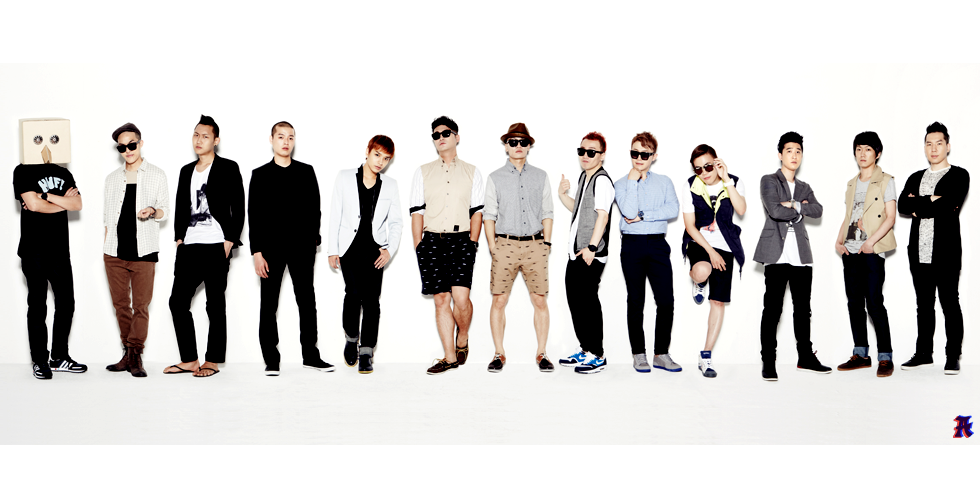 K-hip hop is something I really only started following about a year ago. But right from the get go, I discovered hordes of music I never once thought possible from the K-music scene. K-hip hop artists abound with a kind of raw talent you almost never see in K-pop. There exists a life, a kind of vigorous soul in K-hip hop that truly trumps pop music when it comes to composition and production. And while I know, we are all crazy about K-pop to no end, despite however it may be flawed, it may be worth your time to tune into a different kind of sound. If you find yourself asking where the lack in artistry in K-pop can be found, you need K-hip hop.

Just within the past few weeks alone, 2013 has already brought forth some solid K-hip hop loving.

If you want a taste of K-hip hop that delivers every time, let your first stop be Amoeba Culture. This entertainment agency is home to names like Zion T., Primary, Supreme Team, and Dynamic Duo, K-hip hop acts that have penetrated the mainstream with relentless talent and enormous influence. Recently, Gaeko of Dynamic Duo released a solo title “Rhythm is Life,” the first of many solo acts that will make up the Amoeba Culture NOWorkend project. This project enables Amoeba artists to produce original content. Later this month, Amoeba Culture will be holding the Amoebahood Concert, an event that will undoubtedly show off works from the NOWorkend project currently underway.

Another favorite rapper of my mine has to be Verbal Jint, one of the godfather’s of underground K-hip hop. He really made head turns last year with his full album 10 Years of Misinterpretation and breached a significantly larger audience for the first time. He made his 2013 comeback in January with “Good Start” and recently released “If It Ain’t Love” featuring Ailee. He’s also pretty hot.

Bigstar’s Feel Dog, Exid’s LE, and Beast’s Junhyung also recently collaborated for “You Got Some Nerve.” The role of rapper in K-pop is a questionable position, and more often than not it’s not someone who can actually rap. If the rapper does turn out to be someone that can rap, K-pop usually doesn’t provide ample opportunity to be recognized as such, which of course goes for these pop-stream rappers right here. This collab was a huge window into skills I didn’t know any of them really had. Like, who knew nugu’s like EXID had a rapper like LE?

Sometimes, if you’re lucky, rappers that do surface to the mainstream can claim credibility in the underground. Two very recent examples would be Block B’s Zico and Kyung as well as B.A.P’s Bang Yong Guk. And before everyone starts at it with “Nabeela you’re such a god damn fangirl stop talking about Zico, Kyung and BYG for the love of God,” let me just say no I’m not ever going to stop, I can’t, I’m not even sorry. But for that very same reason I’ll refrain from saying much. Anyways, if you’ve ever listened to any of the mix tapes or past works of any of these three underground babies gone idol star, you’ll know that these kids don’t need much more of an explanation.

So if you’re ever feeling so absolutely done with the gummy world of K-pop, remember that there other circles of music, like K-hip hop, just waiting to be found. And believe me, it’s better late than never, so jump on this music while it’s fresh! This genre of music in Korean entertainment is a place where true artistry blossoms and animates music and personality in ways K-pop just can’t. Take a listen, be the judge, I assure you, you won’t be disappointed with what K-hip hop has to offer.