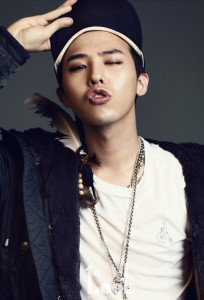 Sasaeng fans strike again, this time against G-Dragon — a particularly peculiar case considering Big Bang‘s reputation for being considerably less susceptible to sasaeng fans than most other idols. However, G-Dragon’s tweet last week showed that even he was no stranger to sasaeng fan behavior:

These days, even young kids come all the way to my house, even to my front door…This is something I can understand, but this really isn’t right… my mother and sister get so scared when they come home at night… Don’t hide, and please don’t come to my house.

This is my first time feeling scared about the road going home ㅜㅜ
Since three days ago,
I don’t know how Jiyong’s fans found out…
But they found out where we live and somehow managed to avoid the security guards to get through the front gate
They were standing right at the floor where we live
Yesterday morning, when Jiyong was coming home
They were hiding where we keep our hydrant near the front door
And came out right when he got in
Jiyong was so scared, he fell down
Today, when I was going home after work
I met the kids again at the basement parking lot
We had to get the security guards in the early morning
Mom woke up in the middle of her sleep
Aigoo, we’re so grateful that he has fans that love him
But this is too much of a stress ㅜㅜ
It’s too scary coming home now

Sasaeng fandom is far from being a new phenomenon, but it doesn’t make it any less horrifying whenever a new case pops up. However, G-Dragon’s tweet (as well as many other celebrity tweets regarding sasaeng fans) seemed overly polite and indirect to me. Perhaps this is merely an issue of a difference in cultural and linguistic perspective, but should idols come down harder and more publicly on sasaeng fans if they’re given the opportunity and permission to do so? What might be keeping them from speaking out? What would idols have to lose if they were to say anything beyond “scolding” sasaeng fans for their inappropriate behavior? Leave your thoughts below.