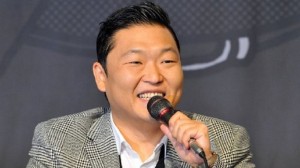 With plastic surgery becoming a large part of the requirements for entering the entertainment circle, and society aspiring to look like their favorite idols, actors and actresses, plastic surgery has become constituent part of the Korean identity. The normalization of plastic surgery creates many dilemmas, but the most worrisome is that it is now seen as a necessary tool for getting ahead, as the examples below demonstrate.

The immense focus on physical appearances has helped the country flourish, with Korea becoming the plastic surgery capital of Asia. It is startlingly unnerving when the techniques and procedures are so advanced an untrained eye cannot differentiate whether an individual was born with the physical attribute or it was obtained ‘through hard work.’ Now, I am not saying every individual in Korea goes under the knife, but that the plastic surgery-affirming culture of Korea is a topic certainly worthy of discussion. Korea’s medical tourism is a flourishing industry, where over 50 percent of the clients serviced are foreigners from other parts of Asia. The Hallyu wave is partially to credit for the imbued rise in medical tourism in Asia with our idols, actors and actresses all having done something and brushing it off like it was a trip to the dentist. That said, it becomes a dilemma when it taken outside of the entertainment field and society regulars are using it as a tool to achieve their goals. 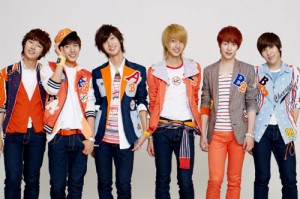 The focus on outward appearances is a contributing factor to the rise in plastic surgery with over one in five women in Seoul having had work done and male plastic surgery on a startling rise, now up to 30 percent. There is one beauty standard for males and females: big doe-eyes, small-face, V-line, high nose bridge, skinny, extremely fair-skinned etc. Their celebrities sport almost all these physical characteristics — Boyfriend, anyone?

A society which places heavy emphasis on homogeneity (to the point where they differentiate themselves from Koreans in other countries), humility (where even accepting compliments is difficult), and strongly enforces a system of seniority (where talking back to your seniors or anyone older is frowned upon and considered extremely disrespectful), leaves little room for people to think and be different. If all the sunbaes, hoobaes, coworkers and those surrounding you are doing plastic surgery as a means to get ahead in life, it becomes very difficult not to do it, especially when they have had abundant opportunities after the knife. Refusals to conform also disrupts homogeneity and can be viewed as arrogant bringing with it limited opportunities for advancements. In a sense, plastic surgery not only affects one’s physical appearances, but also affects the opportunities that an individual gets to have. As Korea becomes more advanced and globalized, the competition can only get more stiff and aggressive. With a tried and true method backed by scientific studies that prettier people (obviously varies according to each society), are treated better and given more opportunities for advancement, it begs the question, why shouldn’t I do plastic surgery? 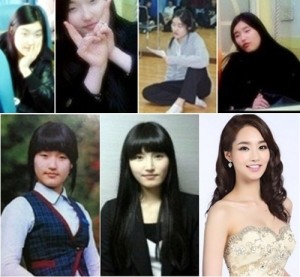 In fact, applications for work have a small corner for attaching your photo. Needless to say, if you do not at least look like you are ‘working hard’ it is almost impossible to get ahead. It has become quite commonplace to take a leave of absence from school for plastic surgery and to return more socially acceptable. So socially acceptable is getting plastic surgery that when it was discovered by netizens (who else), that 2012’s Miss Korea Kim Yu-Mi had work done in order to achieve her looks, she was not stripped of her title.

We can take this example one step further and question: what motivated her to undergo such drastic plastic surgeries, and was it all really necessary? Unfortunately, yes — it was absolutely necessary. Although she was attractive before the plastic surgeries, her natural beauty would not have led her to win at the beauty pageant. Korean beauty pageants look for the aforementioned physical traits among others; Kim Yu-mi before surgery did not have those traits and used plastic surgery as a tool, viewing it as an absolute necessity for her to reach her end goal, which was to enter and win the beauty pageant. I am unsure whether to applaud her realization, logic and determination to reach her goal or to lament the destruction of natural beauty and fret over the increased reliance and use of plastic surgery as just another tool in an arsenal to be used and distributed at will whenever one deems it necessary to secure the next opportunity.

What type of message is that sending to the youths? Even more worrisome is the existence of plastic surgery funds, much like the education fund we have in North America. Parents often give plastic surgery as gifts for children who have been admitted into a good-ranking university. If your first role models are saying it is okay and society is telling you it is acceptable, it becomes very difficult to formulate a different opinion. 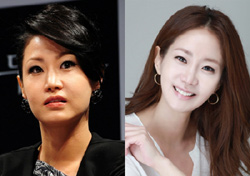 While I see plastic surgery as a personal choice and I like the idea that ‘anything is achievable through hard work,’ there is something wrong with coupling these two ideas together. It creates an immense almost unanimous pressure on those who are different. It crushes physical diversity. Is it really a personal choice when there is intense external pressure to change, especially when the method for acquiring change is so normalized and acceptable? What if your entire career rests on your purported image, as is often the case with celebrities? A prime example is Shin Eun-Kyung, a phenomenal actress who felt pressured to undergo painful jaw surgery in order to keep with the baby-faced trend and therefore obtain more feminine acting roles. Prior to surgery, and with her strong image, she was often passed up for roles even though her acting credits spanned both movies and dramas. I can only assume how frustrated and desperate she must have felt in order to have rationalized extremely painful plastic surgery as just hard work; a necessary and highly effective tool amongst many that can be utilized to achieve her end goal, more acting roles — which, like the earlier example, was something she was successful at.

The normalization of plastic surgery into just another tool that can be used to secure more upward advancement opportunities sends the wrong message to the youths, annihilates natural beauty, and creates the problem of sameness every where. Korean standards of beauty have been so intricately intertwined with plastic surgery that what is considered natural in Korea, includes certain enhancements, such as those done on the eyes. Taken from a different angle, there are pictures that show Shin Eun-Kyung’s similarity to SNSD’s Yoona. And although it was made for sport, BEG’s stint on SNL Korea with the MV “Plastic Face” spoke volumes of truth and provides some insight into interesting relationship Korea has with plastic surgery. If we are all going to the same surgeons to meet the same societal standards of beauty, then we will eventually run into the problem of eerily resembling each other. An interesting thing to note is that while there is the problem of resembling each other, the opportunities for advancement are still there. 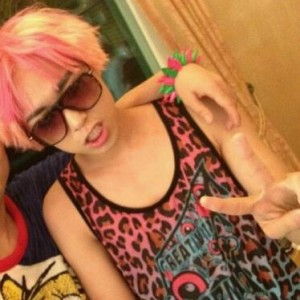 The epitome of this phenomenon might be G-Dragon’s doppelganger Gyumin, who is making a career for himself simply from looking like GD. He is now studying musical composition and rap diligently and is expected to debut as a rapper with the help of Csp with agency Next Door Entertainment. I doubt he was born resembling GD; otherwise he would have met such opportunities at a much earlier stage in his life, but that is besides the point. He underwent plastic surgery and now has an amazing opportunity to debut as an K-pop star, an opportunity many in South Korea are just clamoring for. Like many before him and the other examples cited, he viewed plastic surgery as a means to an end, a tool to reel in opportunities and make himself stand out from the rest.

Because plastic surgery is advertised everywhere relentlessly, is extremely affordable and is available at clinics everywhere embedded within an increasingly competitive marketplace, plastic surgery seems almost a small price to pay for a chance at success.