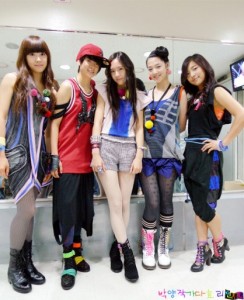 Last week, I posted an article discussing f(x)‘s recent nominations in the upcoming Korean Music Awards as well as the differences in opinion over f(x)’s music between international fans and Korean critics. To recap from last time, the Korean Music Awards is unique from most other music award ceremonies in Korea because its methodology behind distributing awards depends heavily on the opinions of a judging panel composed of industry professionals and music experts, and does not take into account sales numbers or fan voting. While there are a few idol artists that are nominated every year, the nominee list mostly consists of indie bands and other non-mainstream artists. f(x), however, has been nominated for an award at the KMA for just about every year they’ve been active, which has incited some confusion amongst international fans as many international fans don’t seem to find f(x)’s music appealing. However, one can see from observing comments and music reviews from Korean critics and netizens that f(x)’s music holds a unique position amongst other idol music, in that f(x)’s material is seen more as electronic music rather than idol pop, which then prompts Korean music commentators to observe and analyze f(x)’s music on a deeper level. Of course, this isn’t any indicator that f(x)’s music is actually good, but it does shed some light on why f(x) seems to be so well-received amongst non-mainstream audiences.

That said, however, f(x)’s KMA nomination doesn’t necessarily indicate that their music is automatically more “refined” — no awards system is guaranteed to be absolutely impartial — but it does show that f(x) is a musically atypical group in that they are well-received by people outside of the K-pop idol fan demographic. However, it seems as if SM is intent on marketing f(x) using the most conventional methods possible while keeping their music on the back burner. f(x) is arguably the most stereotypically “K-poppy” artist on the SM roster, which makes the conflict between f(x)’s current status in the industry and the praise they’ve received for their music all the more interesting. Let’s not even assume that the KMA is supposed to be the all-encompassing confirmation of f(x)’s supposed “musical prowess”; in fact, I would be more than skeptical if SM did take any action to further f(x)’s musical career solely on the basis of their KMA nominations, especially considering KMA’s own shady reputation amongst domestic audiences. Nevertheless, the fact that f(x) is well-received by such an atypical audience, and is being praised for their music by critics that are traditionally quite harsh on idol groups, should send some signals to SM that it might be worth pouring a little more investment into f(x). 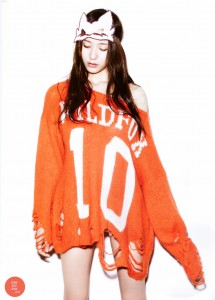 But even without the assumption that SM knows or cares about f(x)’s reception amongst “indie” audiences, the question of SM’s choice not to capitalize on f(x)’s musical potential still remains relevant. This is, of course, assuming that the idea of “f(x)’s musical potential” doesn’t speak to the musical talent of the individual members (as f(x)’s music is produced by external composers and not by the members themselves), but rather f(x)’s current reputation amongst non-mainstream audiences as a musical “entity” to take seriously, even though they are an idol group. In other words, it’s worthwhile for SM to invest more energy in building f(x)’s musical profile because they are one of the few idol groups that non-idol fan audiences take seriously for their music. By investing more in f(x)’s music, SM gains the opportunity to expand their audience and respectability beyond the idol fangirl consumer base. And as corporate and manufactured as K-pop (and particularly SM) tend to be, I really doubt that there isn’t a single creative soul in SM that wouldn’t want to take advantage of the opportunity to be taken seriously as an artistic entity, rather than a giant idol-producing machine.

However, there’s one main reason why SM won’t capitalize on f(x)’s musical potential (or the musical potential of any other idol artist on their roster, for that matter) and the issue lies primarily with the significant risk factor in trying to build a mainstream idol to cater to non-mainstream tastes. Considering the nature of the idol market today, producing “good music” with the aim of impressing anyone beyond the idol fandom fold is simply not a priority, especially when one considers the fact that most smaller K-pop companies nowadays are oftentimes operating at a substantial loss. And even with a company as large and as seemingly infallible as SM, taking risks isn’t always a safe idea, either. SNSD‘s “I Got A Boy” was an attempt at trying something unconventional with a product that is virtually guaranteed to not fail, but the profit gap between “I Got A Boy”‘s sales and all of SNSD’s previous, safer works basically speaks for itself.

But is producing “good music” even a risky action in itself? Logic says no — it’s not as if companies intentionally release “bad music” under the assumption that bad music sells better than good music; however, what we’re talking about here is a matter of catering to two different audiences. At the root of things, pop music — particularly idol pop music — is supposed to be simple, catchy, and adherent to current trends. When the focus of music-making is shifted to adhering to mass marketability, then the quality of the music inevitably suffers. Assuming that these music producers became music producers because they wanted to make music rather than extended versions of TV commercial jingles, the task of making so-called “good music” shouldn’t be difficult. The only limitation, then, is whether or not making non-trendy music is worth the risk. 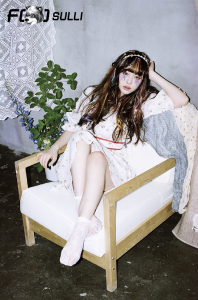 Don’t get me wrong: “Electric Shock” was created for a mainstream audience and it’s still a K-pop song through and through, but the fact that it attracted non-mainstream attention while also doing relatively well on the music charts signifies that pop music and “good music” are not mutually exclusive creatures. This seems like a relatively obvious suggestion, but the fact that the Korean Music Awards seems to have been created as a foil to those other idol-saturated awards ceremonies, as well as the fact that the KMA is seen as being somewhat pretentious and elitist, serves as a testament that people don’t really expect pop music to be good. This expectation, then, leads pop music producers to make music that can be easily marketed to the masses rather than music that is of a high quality. On the same token, I think it’s also somewhat unfair for pop music and other facets of “low culture” to be regarded in such low artistic esteem, especially when the industry itself is not devoid of potential to achieve much, much more than what is currently out there on the market.

It requires an effort from both the producers and the audience in order to dispel the idea that pop music is always gimmicky and that it can’t ever be synonymous with “good music.” While I’d like to say that the inclusion of K-pop idol music on the KMA nominee list is one step in that direction, the fact that the KMA holds such an elitist reputation and seems to be making a concentrated effort to be the antithesis of the idol-heavy awards systems still emphasizes the heads-and-tails conception held against pop music. K-pop music is particularly susceptible to gimmicks, trends, and unoriginality simply because the industry is so small and there are so many small companies who can’t afford to take artistic risks if they wish to survive. However, this then lends the larger companies in K-pop who can afford to take that risk to begin pioneering musical trends instead of simply trying to keep up with them. A company like SM is perfect for this endeavor because of their size as well as their strong ties to “conventional” K-pop (as opposed to YG, who’s long made a reputation for themselves as being “separate” from the mainstream K-pop fold, for better or for worse). While f(x) is still too small and is still not influential enough within the industry for SM to be taking any extraordinary chances on them, the idea of using their industry influence in order to shift the focus from mass appeal to musical artistry is worth a shot.