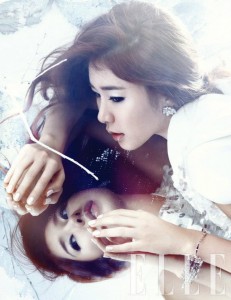 Welcome to another installment of our Seoulbeats Spotlight! Today, we’ll be looking at the adorable, likable and up-and-coming actress Yoo In-na, who is stepping back into the spotlight after accepting a secondary role for KBS2‘s upcoming drama You’re the Best, Lee Soon-shin.

Contrary to what her baby-faced look and youthful disposition may suggest, Yoo In-na is actually a pretty late bloomer in the industry. Currently at the surprising age of 30, Yoo is only at the start of her career, debuting just four years ago in 2009 with popular daytime sitcom High Kick Through the Roof at the age of 27. Her entrance to the entertainment scene was relatively late, and her roles thus far in her career have only been relatively minimal, paling in comparison to some of her similarly aged colleges. Nevertheless, Yoo has gained an impressive following over the years, charming many with her adorable yet witty persona.

While her repertoire thus far is relatively small compared to other actors or actresses her age, her filmography is nonetheless still very impressive, participating in a lucky series of successful projects since her debut. Truly, Yoo In-na’s resume and prior work experience certainly draws attention. After concluding the widely watched sitcom High Kick through the Roof (the same program that either started or skyrocketed the acting careers of Shin Se-kyung, Hwang Jung-eum, and Yoon Si-yoon), Yoo went on to play the supporting role of Im Ah-young, friend of Ha Ji-won‘s Gil Ra-im, in the massively popular 2010 drama Secret Garden, which won her an award for Best New Actress at the Baeksang Arts Awards. Following her Secret Garden stint and her subsequent rise to fame, 2011 saw Yoo take on more roles to boost her credibility, becoming the second female lead in the Hong Sisters‘ Best Love (starring notable names Gong Hyo-jin and Cha Seung-won) and one of the four female leads for successful chick-flick My Black Mini Dress, sharing the stage with big names Yoon Eun-hye, Park Han-byul, and Cha Ye-ryun. 2011 also saw Yoo participate in her first collaboration with cable channel tvN with her participation in UEE‘s Birdie Buddy. This union would soon be rekindled in 2012’s notable Queen In-hyun’s Man, where Yoo would go on to take her first lead role alongside Ji Hyun-woo. 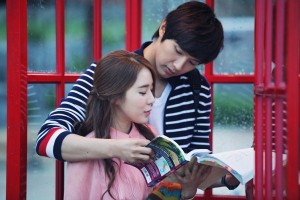 Throughout her impressive acting career, Yoo In-na was able to attract a considerable number of fans through her cheery and lively characters, a role Yoo has mastered perfectly. However, as impressive her filmography was, an undeniable fact of Yoo In-na’s career preceding Queen In-hyun’s Man was that all of her roles thus far have only been minor, leading many to doubt whether she could handle a lead role. Her biggest role at that point was the bratty Kang Se-ri of Best Love, a role that was met with mixed to negative feelings. While the negative reaction to Kang Se-ri may have been more of a testament of the usually brilliant Hong Sisters’ clumsiness in dealing with their second female leads rather than Yoo’s acting abilities, the doubt was still out there, leading many to conclude that Yoo In-na was simply better in small doses rather than as a leading lady.

However, Queen In-hyun’s Man loftily counteracted these doubts. Queen In-hyun’s Man would become one of the more notable dramas of 2012, being one of the multiple quality productions released by tvN that year. Yoo In-na and her co-star Ji Hyun-woo performed wonderfully, with their convincing acting and undeniable chemistry polishing the tightly written drama. Yoo In-na’s chemistry with Ji Hyun-woo would become one of the more notable romances of last year, as the previously gripping on-screen romance slowly developed into an off-screen romance following Ji’s shockingly sweet public confession. 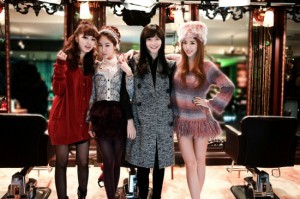 Nevertheless, Yoo handled the leading role of Choi Hee-jin with admirable poise, creating a believable and sympathetic character for the audience to enjoy,  and in the process proving to her doubters her abilities. Yoo is far from being the best actress on the scene or in her age group; she has the slight tendency to overact in her scenes and is clearly more proficient in comedic roles rather than more serious ones. Moreover, Yoo is also easily swallowed up and overshadowed by her more skilled co-stars, and her typecasting towards cheery, slightly air-headed characters has inpacted the perception of her versatility as an actress.

However, despite her flaws as an actress, Yoo carries a natural charm and magnetism that allows her to add some unique flair and likeable spunk to the traditionally tiresome and overused characters she’s been given. This is truly a valuable asset for it allows her to give some heart and likeability to even the most grating or petty characters. Furthermore, Yoo has impeccable comedic timing, allowing her to breeze through her comical roles tirelessly and flawlessly. Additionally, her youthful appearance and aura allow her to convincingly play characters much younger than her actual age, allowing her roles that might be restricted for some of her peers. And let’s not forget that Yoo In-na’s only at the beginning half of her career, giving her much time and opportunities to improve. 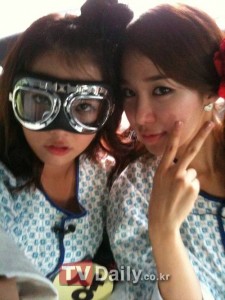 Other than her drama roles, Yoo In-na has also dabbled in variety, being one of the main twelve heroines on SBS‘s Heroes back at the start of her career. Heroes was actually my first experience with Yoo In-na, and in the show, Yoo’s personality was much like her characters’: endearing, likeable, and pretty witty as well. However, while Yoo is mostly sweet and amicable most of the time, she also showed her mischievous side through the show, not being afraid to use her delicate appearance to get what she wanted. Contrary to what her frail appearance may suggest, Yoo was not afraid to be ruthless in the challenges, often-times showing her amusing mischievousness and her admirable yet deceptive resourcefulness. And despite being the youngest in terms of seniority, Yoo meshed quickly and compatibly with the cast, her surprising wit being one of the variety’s main appeals.

An interesting fact of Yoo In-na is that she’s affiliated with the one and only YG Entertainment. While the company is most often lauded for housing musical talents such as Big Bang, 2NE1, or PSY, YG does have a number of notable actors in their arsenal, with Yoo and Goo Hye-sun (of Boys Over Flowers fame) being the most notable. However, it should be noted that Yoo started out training to be a singer before later shifting her focus to acting, a shift which may have been the cause of Yoo’s relatively late debut, and while her ultimate decision definitely worked to her advantage, Yoo has occasionally displayed interest in singing in recent times. She was a featuring artist for Humming Urban Stereo‘s single “You, That Day” and also took part in recording an OST for her movie My Black Mini Dress. While Yoo’s voice is definitely on the nasally and frail side, it is pleasant to listen to as well, its lightness soothing out the more grating qualities of Yoo’s voice.

Yoo In-na’s most recent project is the upcoming family drama You’re the Best, Lee Soon-shin starring Jo Jung-suk and Yoo’s close friend IU, who she met and befriended while filming Heroes. In the drama, Yoo plays the role of IU’s older sister, and I can’t wait to see the two close friends interact again on-camera. While Yoo has only been slated for a secondary role, family dramas have been known to distribute their focus on their ensemble cast pretty equally, leaving it very likely that we’ll be seeing much more of Yoo In-na in the near future.

As I said before, despite her relatively late debut, Yoo is only at the beginning portions of her career; and despite her already impressive filmography, Yoo still has much time to perfect her craft and hone her skills, showing us the extent of her abilities as an actress. And if she continues at the pace she’s going right now, I have high confidence in her potential-filled career. My only true fear at the moment is the risk of Yoo being typecasted. All of her characters thus far have been the traditionally plucky and energetic female, and while Yoo’s endearing pep has allowed her to master the role perfectly, a little more versatility would do the actress good.

But for now, that’s a wrap everyone! Readers, what are your thoughts on Yoo In-na?