As much as we all love looking at the pretty pictures of idols, or listening to some mindless cheery ditty to help while away a day of troubles, most of us would like to consider K-pop a mindless pursuit of guilty pleasures. 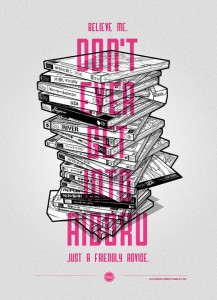 Except that it might not be the case. One thing that can be observed among fans is that over time, some of the things we do really show how amazing our minds can be toward the things we like.

One such thing is how we seem to remember things related to our fandoms so easily, and all seemingly without having to actively try studying for them. From the simple things such as their birthdays or singles, to those times when your biases said things that added to our impressions of their personalities, we seemed to know them after just looking and observing.

Even if at the start of our fandom exploration, we just seem to end up knowing and a little help from the fan forums or some Wikipedia. For some odd reason, every time we see, hear or even just read up a short tweet on things related to fandom, it just seems to stick. Now if we could just channel our subconscious memory to a pursuit in life we find boring (mugging for any exam, remembering to handle mundane paperwork/deadlines), I guess we could accomplish so much more.

Another variation of our abilities would be how we just seem to mentally categorise the good/bad-looking photos we see online, and then seemingly “hoard” them either on the computer, such that when we get asked about a good looking idol photo, we just simply pull out a fan-taken picture that showcases all the “best features” of said idol without needing to think twice.

Another way fandom really changes how we work is also through our daily habits. Aside from instinctively knowing when all major comebacks seem to happen, to just checking for news of our idol groups without fail, or even knowing when fansubs or new shows 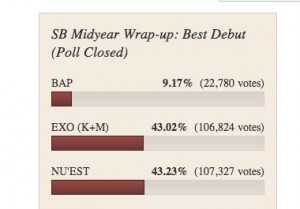 are released. Come to think of it, maybe we fans at times even made correct predictions on future career moves way better than some newspaper columnists, without really trying or having to read in depth before commenting.

The final way fandom really changes us would have to be how we think or perceive things, like supporting someone we like on subjective levels. How else do we explain away why we end up having a soft spot for the weaker performers in any group at times? Or those times when we tried standing up against critics, and said that what idols did wrong could at times be explained away by circumstances. Interestingly though, such behaviours rarely reflect in our real-life circumstances. Despite being rather sympathetic to idols and some of their causes, we are not as tolerant of real life sloppiness or shortcomings.

To sum up, fandoms work on us in really mysterious ways, especially if we all really stepped back to think of all the things we did. From obsessive voting to just knowing members names’ as their faces appear on the TV, it has in some ways become a sub-conscious thing. So, readers, do you think that fandom’s changing of our minds in such an interestingly subtle way is a positive thing, or otherwise?