BoA's "Disturbance" is Elegant and Polished 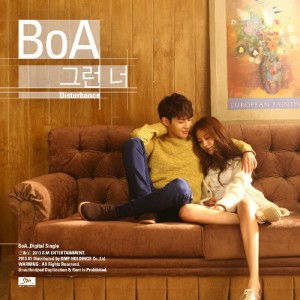 After a reasonable break, Queen BoA returns with new digital single “Disturbance” in commemoration of her first solo concert in Korea. “Disturbance,” a pop soul track written and composed by the soloist herself, has BoA going back to her roots once again, a second time following the nostalgic “Only One.”

Back in my review of BoA’s Only One album, I mentioned how the soloist is getting more control in her direction and image as an artist, slowly yet surely establishing her own musical identity as she pleases. “Disturbance” only affirms her musical choices, for “Disturbance” stays consistent with the sound BoA established in Only One, a sound that draws much similarities to BoA’s laid back, pre-electronic signature sound.

“Disturbance” itself is a beautiful piece, only complemented by the beautiful vocalist that carries it. “Disturbance” does not really introduce anything new to BoA’s already established sound, but instead polishes it; a clear sign of BoA’s improvement as a composer. Starting with the whimsical yet devoid musings of the piano, the song slowly builds with the introduction of stable drum beats and eventually BoA’s own controlled voice. The instrumental is minimal, simplistic, yet effective, being relevant to the regrettable subject of the lyrics, and allowing the vocals to be the main focus. BoA herself sounds better than ever, her execution spot-on, for she fully conveys the lamentable sense of yearning in the verses and the hollow feeling of dejection in her lighter take on the pre-chorus bridge and chorus. This more soulful sound matches perfectly with BoA’s often polarizing vocal complexion, for the song’s fluidity allows BoA’s voice to simply glide, smoothing the potentially grating aspects of her nasally voice. 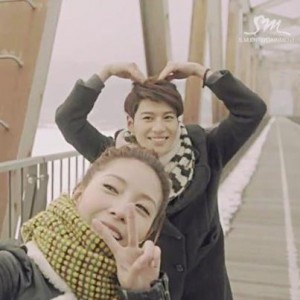 The music video of the song stars BoA herself along with her labelmate SHINee‘s Taemin playing out the story of deserted love the lyrics convey. The choice of having Taemin as the lead male admittedly caught me off guard and aroused some of my doubts considering all the other choices BoA could have chosen to film. However, to my surprise, I felt Taemin did good enough of a job, displaying a surprising maturity and masculinity that he’s never exhibited before. There was relatively little action in the music video, with the majority of the scenes being shots of the two mourning with the occasional flashback in between. With that in mind, the two leads were able to express the emotions of the song well enough with their expressions and actions, though there were some blatant moments where Taemin alternates from being stiff, to overacting.

Moreover, while BoA and Taemin were able to deliver with some believable chemistry, there were some undeniably awkward moments between the two. This awkwardness stems not necessarily on the age difference between the two as many blame, since the duo were actually able to appear rather natural with each other’s presence. Rather, I feel it was the conflicting levels of maturity that led to the apprehensive moments of the video, for the auras surrounding the two artists are admittedly vastly different. Nevertheless, it was blatantly clear that this collaboration worked more for Taemin’s favor rather than BoA’s. He was able to display a more subtle and masculine image, an image he’s never really properly demonstrated before, and an image I’m honestly glad to see. On the other hand, BoA could have experienced similar, if not better, results through calling on another labelmate, and she could have been spared from the (admittedly needless) doubt surrounding her partnership as well. 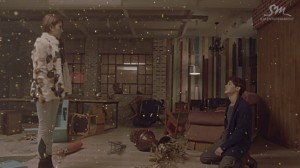 In terms of mood, ambiance, and aesthetics, the music video is very reminiscent of the story version of “Only One,” which makes sense since both videos were directed by BoA’s own brother, Kwon Soon-wook. Kwon’s taste and visualization differs greatly from the boxed videos SM Entertainment is notorious for mass producing, and to be quite frank, this change is a breath of fresh air. Rather than placing his sister in a monochrome box or a decorated street set like so many other SM artists have been subject to as of late, Kwon instead actually took his time to decorate the ornate loft where the video is set, valuing furniture or accessories for their artistic or thematic value. The end result is a very visually pleasing video which conveys the feeling of love and loss quite effectively, a perfect accompaniment for the touching song.

The aesthetics of the video are really undisputed. While “Only One” featured a light and largely faded color palette, “Disturbance” utilizes a much darker, earthier color scheme which is thematically fitting considering the darker nature of the song. Everything from the intricate furniture to the clothing meshed perfectly with this color scheme, giving a comforting sense of visual uniformity. The environments filmed in the video were visually stunning, from the detailed loft the bulk of the video takes place, to the bridge the couple spend their happier moments on, to the singular rooms in which BoA films her solo scenes. 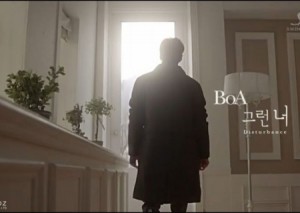 The whole video is filmed under a homely, sepia-like filter, helping create this jaded yet warm feel for the entirety of the video. This filter was effective in demonstrating the bleakness of the couple’s current situation, yet it also didn’t subtract any of the light or energy of the more jubilant flashback scenes of the couple in their happiness. Camera angles are also used quite effectively in the music video, giving the video a sense of perspective as the camera continually puts focus on what we’re supposed to be looking at, oftentimes blurring the rest of the background. While the continuous focusing could have definitely been excessive and unnecessary at points — being especially evident in BoA’s solo scenes — it added yet another dimension in the detail-oriented MV.

Moreover, the video uses the hourglass as a omnipresent motif. Taemin is shown turning it at the commencement of the video, and continuous shots of the hourglass dripping is shown henceforth, being likely symbolic of the regressing nature of the couple’s relationship and the dwindling amount of time the couple has to mend their problems. The hourglass also alludes to the two endings of the video, for right before the video cuts and we’re given the option of which ending to pursue, the picture of the emptied hourglass is shown. 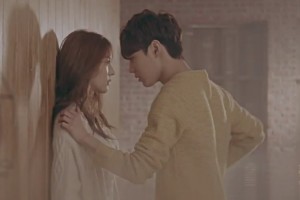 The decision to have multiple endings was a pretty simple yet ingenious move, leaving the fate of the couple on the viewers’ hands. While some may see it as wishy-washy and indecisive, the alternate endings were a great way to make the experience feel interactive and involving for fans, and it also quelled any “what-ifs” often present in this kind of video, for the endings explored the different direction the couple’s relationship may take. In the “Let time be” ending, Taemin eyes the emptied hourglass, choosing to leave it alone as an observant BoAwatches him from afar, both silently agreeing to move on from their time together. In this case, the emptied hourglass was symbolic of the true end of the couple’s relationship, with Taemin choosing to let the hourglass be. However in the “Go back to the past” ending, Taemin turns the hourglass around, then goes out looking for BoA, whom he finds on the bridge where the couple shared happier time. This time, the hourglass is symbolic of Taemin’s resolve to turn back their relationship to what is was before, hoping for a restart to make amends. The symbolic use of the hourglass was admittedly very smart, though if I have to choose which ending I preferred, I’d say the “Let time be” ending, for I felt it was the more believable conclusion following the context of the rest of the video.

Many claim that the video for “Disturbance” is too familiar with “Only One,” and I’d have to agree. As mentioned, the aesthetics, mood, and even the execution of the video is dangerously reminiscent of “Only One” though I can blame this more on the stylistic signatures of the director, BoA’s brother,than anything. However, despite the similarities, the music video for “Disturbance” was still a very adequate and visually satisfying, if familiar, experience. It’s not the most eventful or the most ground-breaking music video, not really introducing anything new to BoA’s repertoire. However, “Disturbance” presents us with a very elegant and polished BoA, and that’s all that I’m really asking for. Overall, I’d give BoA’s “Disturbance” a satisfying 3.75/5.

Readers, what did you think of BoA’s “Disturbance?”