Back in June, seven-member boy group A-JAX debuted with “One 4 U” under DSP Entertainment. Unfortunately for them, they were overlooked and soon forgotten by the public. Rather sad for a group from the same company as KARA and Rainbow. Not to be discouraged, the boy band returned with their new mini-album, 2MYX.

Starting with the title track, “2MYX” is a popping dance song reminiscent of the late ’90s. I say “popping” because of the loud popping noises throughout the song. 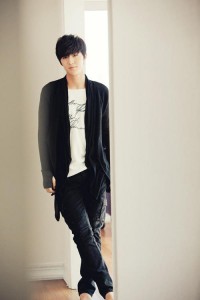 The song, concept, and music video were made in response to SNSD’s old single, “Run Devil Run,” which is rather strange considering how SNSD’s single is now two years old. Making their comeback in response to the nation’s number one girl group was definitely a ploy for attention, but the result wasn’t too bad. Granted, the song is rather basic and the lyrics even worse, but it was a step up from their previous singles.

The song has a strong beat that carries throughout and guitar rifts leading into the chorus. What bothers me about the song is the lyrics. Because “Run Devil Run” was a song about a girl wanting revenge against her unfaithful boyfriend, “2MYX” is the boyfriend’s response to his angry ex, which is stated in the title, “2MYX,” which pronounced as “To my ex.” The lyrics reflect SNSD’s, confirming that he is a devil with “I’m devil, I’m devil, I’m devil, you gotta let it go!” and that he’d better “run run away.” Rather than show remorse for his actions, the lyrics reflect smugness, stating that he’s a playboy and feels no regret for his actions and boasts about the numbers in his phone. The song is inappropriate and egocentric. Cheating on your boyfriend or girlfriend is not a thing to be proud about.

The next song, “Catch Me If You Can,” is a small improvement. The song’s beginning sounds very similiar to 2NE1’s “I Am the Best,” with the same synths, and is joined with a steady beat and added instruments. It slows down before the chorus, creating a build-up with drawn-out lyrics. However, the build-up leads to nothing, even in the chorus, which quickly becomes repetitive with chants of “lalalala” and “catch.” However, this song is more fun and upbeat and catchy than the title, with an accessible vocal range, and might’ve made a better title song than “2MYX.” At least it’s more fun to dance to.

“Your Song”  is a slower, sweeter song, albeit somewhat average. It has an upbeat chorus and steady, simple lines sang by the members. The high point of this song is definitely the chorus, which is lively and a little catchy, but the lines framing the chorus offer little to no challenge or variety. Worse yet, some of the boys sound a little weak singing their lines. 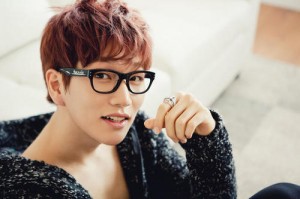 This song vaguely reminds me of SNSD’s “Kissing You,” but not as sweet or well done. Rather, it’s like a Disney song or filler song for a romantic K-drama’s soundtrack. Not bad, just boring — like background music.

The mini also includes old hits like “Once 4 U,” their debut single. Why exactly DSP would choose to include their debut song on their mini album is beyond me. Simply put, the song is a mess.  An orchestra backs it throughout, so loudly that the boys’ weak vocals sound challenged by it. The constantly switching rhythms, shouting, and loud background music causes this song to be disjointed and difficult to listen to.

“Never Let You Go” is another old single that reappears on this mini. It begins with a beautiful piano solo and soft, heartfelt vocals, but is hindered by its obnoxious beat. What sounds like clapping blocks can be heard throughout the song, distracting from the pretty vocals and lyrics. Another problem the song has is that it doesn’t lift off. Every time it seems like the song is heading towards a suitable build-up, it diverts, going into a softer sound and flow.

“Hot Game” is the last song on the mini, and it is yet another old single released by the group. A fast, catchy dance track with typical nonsensical English, the song is alright but doesn’t linger in one’s mind. 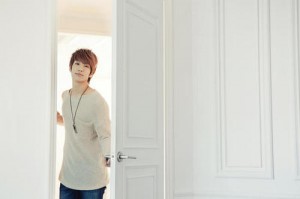 It’s the sort of song you could listen to a few times but probably wouldn’t have on repeat for days. It can get too loud, especially during the chanting or chorus, and sometimes sounds disjointed. The chorus struck me as oddly upbeat, considering how the bridges have a smoother flow to them. That and the electronic tampering with their voices seemed strange with the rest of the song.

I hate to say it, but I feel like A-JAX is destined for the same career as their sister-group, Rainbow: one of infrequent comebacks, lack of promotions, and unpopularity. Nothing about the group seems to stand out, and instead the group just appears to be an indicator for DSP’s declining prowess. Hopefully, DSP will get back on its feet again and give this group good material and promotions, so they might develop a fanbase and not vanish into K-pop obscurity.