K-pop's Appeal to a Black Fan

With the advent of social media and increasing online connectivity, K-pop has reached a wide set of audiences the makers probably never initially imagined. And now that it’s finally starting to actively cater to all these different audiences (through things like overseas promotions and international musical collaborations) I thought I’d examine the appeal K-pop might have to my specific demographic, the black community.

Obviously, I am by no means the spokesperson for an entire community, but after discussing with some fellow black K-pop fans from various backgrounds, I’ve uncovered some similarities in our personal reasons for liking K-pop that could apply to other people from our demographic. And considering the prevalence of black artists in the American popular music scene, this information could come in pretty handy for K-pop labels as they work to expand their influence/audience in America. With all that in mind, here are some reasons why K-pop can be appealing to a black fan: 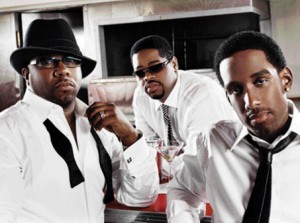 1) Music: For me, the transition to K-pop was quite simple since the sound was something familiar enough for me to feel comfortable, but different enough for me to be interested. Seeing and hearing musical styles that are heavily connected to Black culture (hip hop, rap, R&B) placed in a completely foreign music scene is extremely intriguing – it’s one thing to hear songs that sound like Boyz II Men, but it’s another to see them performed in an entirely different language and cultural context.

The fact that these familiar genres are mixed with a bunch of other musical styles makes Kpop even more fascinating – you’ve got more hip-hop influenced bands like Big Bang dabbling in electronic music, and you got other artists singing everything from ballads to dance tracks. And while bubblegum pop is pretty generic and reproducible, genres like hip hop and R&B tend to be harder to incorporate and have it seem genuine, so when people who are not necessarily familiar with the origins of such genres pull them off, it’s pretty impressive – to this day I’m still amazed at how Yoo Young-jin can get the R&B slowjam down to a formula and still make his songs good enough to take up three out of my ten favorite K-pop songs of all time. 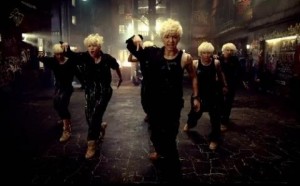 2) Choreography: The dancing is a huge attraction to the genre, especially considering a lot of it has also been influenced by Black culture, from the Michael Jackson nuances to hip hop choreography the recent insertion of dance crazes like the Cat Daddy. While the dancing in K-pop attracts people from all cultures, it can be especially attractive/significant to the people who grew up in the culture that influenced the styles, since once again it’s something we’re really connected to being presented in an entirely new manner by an entirely different culture.

And as the genre develops and becomes more global, it’s super exciting to see how Korean acts are finding more innovative ways to incorporate Black culture in their presentation: My friends and I had an “OHHH SNAP” moment the first time we saw the Dougie used in 2NE1’s “I Am The Best”, and words can’t fully express how hard I freaked out when B.A.P actually used stepping for their dance break in “Warrior”.

3) Inspiration: A lot of K-pop stars openly show admiration for black artists, listing them as their role models and the inspiration for their careers. While that might not sound like a big deal to some, to me it is a reminder that music is universal and that these Korean artists value similar things that my culture does when it comes to their music. Also, knowing these people respect the artists of my culture makes me more inclined to admire/respect the artists of their culture. And it’s always great to see their inspiration reflected in their music and performances – I was touched by Miss A’s homage to Destiny’s Child and Beyoncé in Independent Women Part III and I always dig the Michael Jackson dance covers performed by different bands.

Obviously, there are also a lot of things that can definitely turn black people away from K-pop that the labels should address if they want to continue to succeed with global audiences. This can range from the hints at colorism (such as Taemin’s comment on Kai or HyunA’s attempt to fetishize her “dark skin” in the lyrics to Ice Cream) to the blatantly racist remarks (à la Jenny Hyun) and multiple instances of blackface. And outside of those actions, there are plenty of moments where K-pop’s characterizations of hip hop and black culture completely miss the mark and become embarrassing at best (Big Bang’s fashion choices in the video that landed them on World Star) to extremely problematic at worst.

But while it can be hard to toe the line between proper incorporation and straight up cultural appropriation, when used appropriately the overall blend of Black culture with Korean culture via the music can make K-pop very appealing to people from my demographic, which some of my fellow black K-pop fans and I can personally attest to. If the Korean music industry continues to harness these positive aspects while working on changing the negative ones, it could make some headway in terms of gaining some serious attention from the black community/music scene, from the average consumer to popular and influential artists, such as the K-pop loving Snoop Dogg (Lion?) and will.i.am.

Once again, I’m in no way the spokesperson for all black people, and I’m well aware that various opinions on this may exist, so feel free to share them below!