It's A Very Jellyfish Christmas 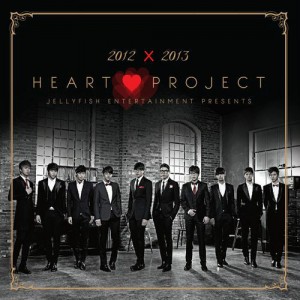 Jellyfish Entertainment, along with Starship Entertainment, kicked off K-pop’s slew of  Christmas-themed company family songs for 2012. They have assembled their roster for the Heart Project, which will include an album full of goodies like photo cards, posters and the like. They have always been releasing winter albums year after year, but Jellyfish might gain a lot more attention for their winter project, with the solid year they’ve had.

Although their roster contains some of South Korea’s legendary singers, like Park Hyo-shin, Sung Shi-kyung, and Lee Seok Hoon (the newest member of SG Wannabe), they currently remain in nugu status in the Hallyu field, company name-wise. It might have been the result of having a roster filled with soloists more suited for an older generation, and not the financial sweet spot that is the younger generation for Hallyu.

But that all changed for them, with their newfound ace in Seo In-guk, whose career got a major boost with the hit drama Answer Me 1997; and the addition of rookie group VIXX, who still managed to make an impression in 2012’s competitive field of rookie groups — although these two cards still have a long way to go before they can help Jellyfish move up the rungs of K-pop mainstream relevancy (more VIXX than Seo In-guk) and help them reap in more cash for this effort. Aside from my love for all things Seo In-guk, I will definitely seriously consider buying this album, as with the vocal talent in this roster, it’s sure to be a solid album.

The initial thought that ran across in my mind was that I was grateful this was an original Korean song, set to a Christmassy beat. I was glad of not having to go through another Korean idol having to butcher their way through an English Christmas song, which was guaranteed with Jellyfish’s lack of fluent English speakers, following the loss of Brian Joo. The use of Korean allows for the crisp singing voices to ring through without setting them back, although I would have loved to hear Seo In-guk cutely sing Wham’s “Last Christmas” or another classic. Biased fangirl is biased.

The song itself, “Because It’s Christmas,” has all the aesthetics of a Christmas song with some R&B styling to accompany the soulful singing of Jellyfish’s golden voices. But at the same time, the song was pretty basic, especially for one that’s touting the voices of Seo In-guk, Sung Shi-kyung, Park Hyo-shin and Lee Heok-chan, all in one song. They deserved a much more complex song, with the same holiday styling, and with a lot more soul. This backtrack just sounded to have the same chord progression as “All I Want For Christmas Is You,” and just didn’t cut it for me, especially coming from these singers. That said, the basic nature of the song might have had something to do with balancing out the complexity of the song to help out the singers in VIXX, who, although having solid vocal talent, still don’t have the breadth of career or the voices to keep up with their sunbaes.

The MV itself is just shots of all of Jellyfish’s roster during their photo shoots and jovially interacting with each other. It’s an odd pairing of the older, established artists and the rookies, with the Seo In-guk caught in between them. He seemed to have the most camera-time, with a lot of the shots comprising of him, but also acted as the glue that connected the young and the old of Jellyfish’s roster — Jellyfish’s man of the hour. 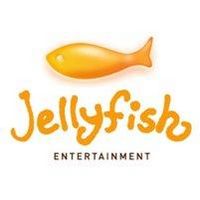 In any case, I think the casual clothes of the VIXX boys in between group shots helped even things out, but it would have been nice to see more interactions between the older artists and the younger artists. Perhaps this project would have benefited from a wider range of songs that featured duets and other intra-company collaborations.

Overall, this effort seemed pretty weak, despite the nice vocals and the interactions between the artists during the MV. I wish this had become a full album, or at least a mini, because a single song doesn’t seem enough, coming from a company filled to the brim with talent.