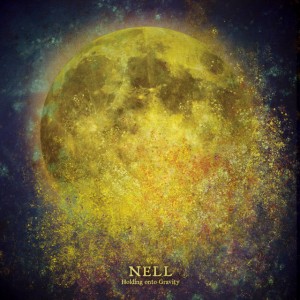 album is the first installment of Nell’s Gravity Trilogy, which will include the future release of another single album and a full-length. My first experience with Nell had been this year’s Slip Away. I had just gotten into K-pop and Korean music in general while they were having their hiatus, and I was curious about a band that shared the same name as the movie about a female recluse that I watched in anthropology class.

I watched the MV for “The Day Before” and it immediately got me interested in listening to more of their work and excited for their future releases. Their genre of music has always been sweet on the ears and hopefully a perfect album to begin the wrap-up of 2012. Slip Away was a near perfect album and I’m certain that Holding Onto Gravity will hold up to Nell’s standard of music. On a sidenote, the cover art of this album is absolutely stunning with the ethereal moon and the falling stars, so it brought my hopes up that this was going to be a spectacular return.

“Coin Seller” is the first song on the album and it’s strictly an instrumental. The acoustic guitar and simple riffs makes a steady metronome that gives an impending feel. It also sounds ominous and foreboding, but also lonesome, sort of like how the moon would feel, alone in the night sky and surrounded by distant stars. It’s a very simple opening track and it would have been interesting if it had become a full song. Perhaps a similar-sounding song can be found on the future installment of the Gravity Trilogy.

“White Night” is a very serene song that has some strong folksy elements, especially with the progression of the music. The music is a solid mix of acoustics and electronic beats, and makes for a perfectly layered and powerful-sounding song. It has a hard-hitting chorus that has a reverberating sound. I really liked the lyrics of the song and the use of metaphors, like empty feeling and melting ice, putting out all stops with anything that can be associated with the colour white. It’s a song that’s definitely at the crossroads of sounding haunting and tragic but still managing to be catchy and at a higher tempo, so it’s definitely an interesting addition in this album.

“Holding Onto Gravity” is definitely an extension of “Coin Seller;” it has all the foreboding feel of the instrumental and but has a vibrant sound as it explodes into the soaring chorus as the instruments simply collide together. The shift between the soft aftereffects and the rising crescendos during the chorus make this song just the more entertaining to listen (and badly sing along with Kim Jong-wan) and is one of my favourites on this single album, by far.

But, in my opinion, the gem of the album has to be “Blue.” It’s slow and set with the sound of rain and Jong-wan’s delicate vocals. It’s as slow as a song can get but there is something heartwarming about it. It’s a song that feels like a rainy day, locked inside your room with a warm blanket. Although the song is titled “Blue,” 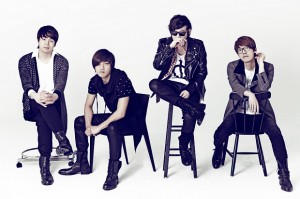 which is usually a colour associated with sadness, Jong-wan’s singing a lot lighter and happier than expected, although the song does have a bittersweet undertone to it.

Overall, Holding Onto Gravity is a wonderful start to the Gravity Trilogy, all the songs have a haunting and beautiful quality to them, although my favourites on the album are definitely “Holding Onto Gravity” and “Blue.” Although “White Night” is a great song, it didn’t left that big of an impression upon as the other two songs. But these songs are a perfect follow-up to Slip Away and I’m eager for the future releases for this series.