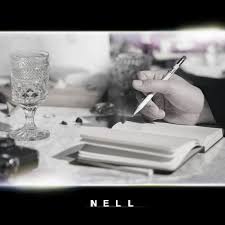 Nell has a proud reputation for being one the best straight-up bands in the Korean music scene, having the backing of a decently sized label, Woollim Entertainment, a fondness for straying just this side of epic in their musical composition, and a whole smorgasbord of talent. Yet their latest release, “Lost In Perspective” falls short of the bar set by “Ocean of Light” and “Four Times Around The Sun.”

Don’t get me wrong, “Lost In Perspective” is not a bad song. In fact, in many ways, it is downright stunning. The richness of the texture of the song plays beautifully against the delicate parts that make up its’ whole. The precision of each note is palpable, giving “Lost In Perspective” a wondrous aura of being like window glass: something fairly hardy, but if it gets hit just right, it will shatter. Kim Jong-wan‘s vocal delivery is flawless, powerful and emotive. He’s practically vibrating with sorrow and regret over his relationship. So, no, there’s nothing really wrong with “Lost In Perspective.” The problem is, there’s nothing really right about it either. 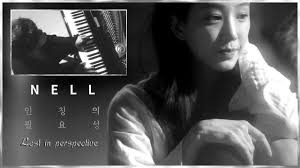 There is not enough change for over 5 minutes of music. The entire song — pretty as it is — sounds very similar, with little build and little variety for the ear. Even the solos sound too close to the main chords for any real change to be observed. At 3 minutes, “Lost In Perspective” would have been lovely; at 4 minutes, it would have been long; at 5 1/2 it is the musical equivalent of “are we there yet?”.

Sure, songs that exceed 5 minutes in runtime can be just as delightful as shorter songs, but they need to be extraordinary. And from a musical perspective, “Lost In Perspective” is pretty, it’s touching, it’s charming, but it is under no circumstances extraordinary. The lyrics fail to justify the length. “Lost In Perspective” is a lovely song ruminating on the loss of a lover and the choices that would have been made if they knew what was coming. While it is touching in its’ own special way, it’s not anything groundbreaking in terms of the content or poetry of the lyrics. Combined with the delicate but bland instrumentals and “Lost In Perspective” is a serviceable song stretched to the length of a great one, which makes it feel mediocre.

The MV doesn’t help much either. It’s loaded with delicate imagery to coordinate with the delicate music, clearly attempting to invoke a feeling of loss in the audience via a classy, timeless aesthetic that borders on arthouse cinema. “Lost In Perspective” is shot in black and white, and quite beautifully, too. The cinematography is quite tasteful, putting the emphasis on the small, deliberate movements of the female lead, all filtered through a soft, hazy focus. All in all, the MV of “Lost In Perspective” gives the implication that her lover is dead, and she’s struggling to move on due to her regrets and what-ifs. It’s a fittingly touching MV for a song about heartbreak. 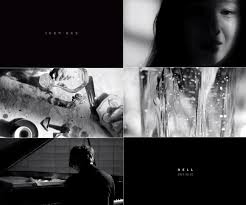 And yet, the MV for “Lost In Perspective” has the same issue as the song itself. The individual pieces are all beautiful, but the whole is far less than the parts. The classic aesthetic is played so straight it comes off as stale. Leaving the lovers death as implication removes all emotional bite from the story. As a whole, it’s nice, but that’s it.

“Lost In Perspective” is a genuinely frustrating song to look at from a critical standpoint. The clear talent present in the emotion of the vocal delivery and the musical skill of the composition make it difficult to criticize. On the other hand, it’s so painfully bland that after listening to it a dozen times, I really don’t want to say anything overly complementary. “Lost In Perspective” is perhaps best described as ‘competently blasé’ with both haves served in equal measure.