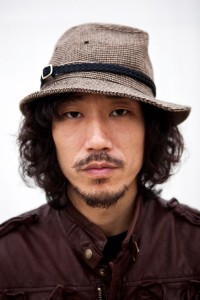 There has been much conversation generated in K-pop regarding the incident involving Tiger JK’s outburst following heckling during a performance at the Creators Project in Korea, mainly centring on whether or not Tiger JK was right or wrong in apologising for his outburst. My editor Amy has already written about this incident, giving both a summary of events as well as her reasoning for why Tiger JK did not need to apologise for his outburst (Tiger JK’s full apology can also be found here). I actually concur with the reasoning behind this assessment; however, I disagree with the notion that he should not have apologised.

Tiger JK ended up yelling for “ten minutes,” halting his set to do so, after being heckled, saying:

My F*** you turned into F** everybody To F*** all the white people to F*** CNN To F *** Hollywood. To Fu** all yall who think Asians are here to make you laugh by dancing my asses off. F** Hollywood thinkin Asians are just a comic relief.

Could he have handled the heckling in a more composed manner, thus avoiding the need to apologise? Probably. The rapper himself admitted as much:

It is what it is and I can’t take back what I said at the other night at the creators project. I let them hackers get to me.

Tiger JK was apologising for behaviour that he is probably not that proud of, as well as for confusing many of the concert attendees by not explaining the context of his comments since not everyone in the audience had heard the heckling that had incited Tiger JK’s response. He also apologised because he knew that his words were hurtful to others; considering the inclusion of CNN and (especially) Hollywood in his rant, it’s obvious that Tiger JK was railing against the institution of white privilege, and was using the term “white people” as metonymy for white privilege–but the term was interpreted as a personal slight on every individual who was white. Having such connotations attached to his words would no doubt have affected Tiger JK, who is strongly against discrimination; apart from speaking out against racism, he is also currently involved with Lumpens and Yoon Mi-rae in project “The Wanderers,” which aims to raise awareness about bullying. Being directed by his own beliefs as well as his involvement in the project, Tiger JK would have honestly regarded his actions as indeed being hypocritical, leading to his tweets of apology for his words (but not his beliefs). 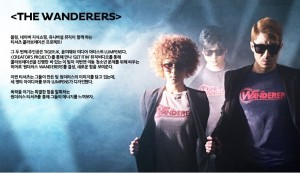 With his apology, Tiger JK shows that he is a person who takes his position as a celebrity seriously, regularly speaks out against discrimination, is conscious of the consequences of his actions and who does not hesitate to take responsibility for them, even if it means giving out an apology–and one that quotes his rant ad verbatim (instead of glossing over the exact words he said) at that. Props to you, Tiger JK.

But this is not the apology this situation requires.

Tiger JK apologised for his words, but there has been no such apology forthcoming from the people who started this incident in the first place: the hecklers. So why has anyone not heard from them yet?

Some may argue that there perhaps was no heckling at all, and that Tiger JK may have fabricated the entire thing; this view, however, is difficult to accept. There have thus far been no accounts of events contrary to how Tiger JK describes them and the hecklers have come forth, anonymously or otherwise, to either proffer an apology or defend their actions. At the very least contact could have been made with Tiger JK himself, in private, for these hecklers not only exercised their white privilege and attempted to impose their stereotyped views on Tiger JK, they also completely disregarded his own body of work, insulting him as an artist. For all I know, the parties involved (the hecklers and Tiger JK) could have already contacted each other, but I’m thinking it’s unlikely. 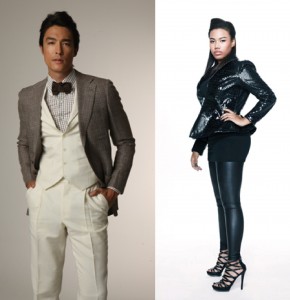 In her essay White Privilege: Unpacking the Invisible Knapsack, Based on Racial Inequality, American feminist Peggy McIntosh describes white privilege as the set of advantages present in societal structure that intrinsically benefits white people, often at the expense of non-white people, which McIntosh likens to a knapsack (backpack):

White privilege permeates our lives in many ways, especially popular culture (Hollywood being seen as the main culprit); in fact, globalisation has allowed for the expansion of the soft power of “white” countries such as the UK and US, leading to other countries adopting these same views and attitudes, such as encouraging the already-existing beauty ideal of fair skin in Asia. It is the reason why Caucasian-Koreans like Daniel Henney and Julien Kang are subject to less criticism in Korea than Black-Koreans like Yoon Mi-rae and Lee Michelle.

It is also the reason why so many of the stereotypes as portrayed by the “white” media can be seen in other countries as well: Korea has already been host to black-face and cultural appropriation, with the latest example of the latter coming from the latest episodes of Shinhwa Broadcast with guests Super Junior that could have been renamed “Around the World in 80 Clichés.” These behaviours are more often than not those seen in Hollywood and imitated (though it has to be noted that Korea is not completely blameless, an innocent lamb being led along). And, finally, white privilege is the reason why the hecklers at Tiger JK’s set felt entitled enough to demand that he perform the “horse dance” while he was performing, in a foreign country that was miles away from their own and in which Caucasians are, by numbers at least, a minority in Korea.

Despite being the cause of this controversy, the hecklers’ actions have become mostly forgotten in the furor surrounding Tiger JK’s own response and subsequent apology. Basically, people are ignoring the real source of the problem and instead finding fault in every other thing in this sordid affair. Tiger JK may be a public figure whose actions are held accountable to the public and whose consequences will be amplified, but that does not mean ordinary civilians are allowed to be held any less accountable; that Tiger JK’s apology is the one more sought after than that of the hecklers is reprehensible, and for this writer at least, letting this issue go is going to be difficult if both sides have not been heard. Tiger JK has said his apology–now it is the turn of his hecklers to say theirs’.