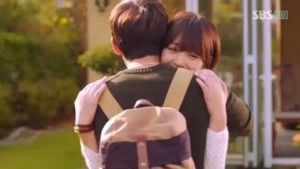 Fun times lie ahead as we enter into the last quarter of 2012.  As fall ‘befalls’ us, what K-pop shenanigans transpired in the first week of October?  In her new solo MV the Brown Eyed Girls‘ Ga-in is in full “Bloom” in more ways than one, the cast of Running Man go old school–X-Man old school, Ji-min released a new version of the MV for her hit song “Stand Up” from the To the Beautiful You OST featuring Trax’ Jung Mo who will soon be enlisting, Kim Tae-woo releases the MV for the song “When I Look at Myself” featuring actor Ryu Seung-bum for producers Duble Sidekick‘s project album, PSY held his free concert in Seoul for fans where an estimated 80, 000 – 100, 000 fans attended and thousands more watched live streaming on YouTube (also “Gangnam Style” surpassed 400M views), CSJH the Grace‘s Stephanie made a solo comeback with the release of the MV for “Game” and her single The New Beginning, more than a few fan girls I know are excited over the impending return of Block B, DBSK comes back live with performances of their new songs from their new album Catch Me, a pair of contestants on Superstar K4— Roy Kim and Jung Jun-young–rocked an acoustic version of Kim Kwang-seok‘s classic “As Dust,” and the K-drama To the Beautiful You ended–I really wanted to like you more–but a poor story line only highlighted your lead actors’ weaknesses and it was sometimes painful to watch you.

The following are the 5 Things that happened in K-pop last week that I think were just a tad bit better than the rest.  If you’re not up-to-date on your K-pop you might want to turn back now, because spoilers may lie ahead.

I really need to catch up with my 1N2D episodes. I think the new cast is finally settling in–and in a good way with ratings on the rise. Here’s one of the hilarious games they played in the last episode. Is it only me or does Cha Tae-hyun laugh like a hyena?

4. Beauty and the Beast on I Am Singer

On the latest episode of I Am Singer, Sohyang and Park Wan-kyu collaborated on a duet of the theme song from Beauty and the Beast and it was too beauty-ful to ignore.

Caught the latest episode of Kim Byung-man’s Law of the Jungle when they were filming in Madagascar and enjoyed this clip of Kim Byung-man and 2AM‘s Jinwoon. In it they’re out gathering food and when they pick some bananas they get some unexpected visitors. They’re super cute, but there’s no way I’d touch them–they could have rabies or something.

JYP‘s new rookie duo comprised of K-pop Star winner Park Ji-min and JYP ‘genius’ trainee Baek Ye-rin, they kind of remind me of a Davichi with their great vocals.  The MV is  touching, seemingly mirroring both girls’ path to their dream of becoming singers.

The boys of Shinhwa are in training to do a fashion show runway on the latest episode of Shinhwa Broadcast.  Their coaches are some of Korea’s top models–such a hard endeavor for the boys.  It was pretty entertaining when the models were scrutinizing the boys’ wardrobe and style early in the episode, but it was this practice run of the teams’ concepts for their runway walk that had me in stitches.