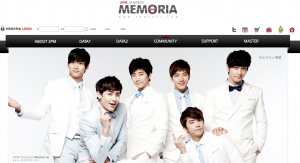 What happens when fans break the “rules” of fandom? In September some Tumblr blogs experimented with this notion by introducing a “K-data blackout” to show solidarity with the Korean fansites who share their media to the world only to have it edited against their wishes.

For ten days, the participants refused to share fantaken data (photos, videos, news etc.) on any of their websites – Tumblr, Facebook, or Twitter – in order to demonstrate how heavily the international fandom relies on this content and how important it is to respect those who provide it.

Naturally, this movement caused some controversy over its effectiveness (or lack thereof) and the general motive/sentiment behind it – is the movement justified or are people being cocky/taking things too seriously? And in the grand scheme of fandom, is editing someone else’s photo without their permission really that big of an issue?

One thing that makes K-pop unique is the large amount of fan-generated news content. Whereas other fandoms rely on more official media releases for high quality photos/news of their celebrities, the K-pop fandom heavily relies on people within its own community for the latest and best updates. And for some fans, it might seem odd to protect something that is so widely/voluntarily dispersed. 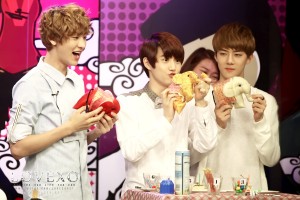 However, this content is a product of all the money and time spent in going to the events and using expensive high-quality cameras, to take the perfect shot of their idols – not to mention the effort that goes into sharing a large amount of media to a large amount of people in an organized fashion. These fans are doing for free what some are paid to do, and when they put this media in the public domain, they do it hoping that others will be able to enjoy it, while respecting the role of the content providers. For some, this respect involves just giving credit where its due (so no reuploading or erasing watermarks/logos) and for others it involves leaving the content exactly the way they chose to provide it.

Now, unlike what the blackout might suggest, not every international fan depends on this content as a necessary part of their fandom activity; I personally didn’t even notice a decrease in data because I don’t have time to keep up with a lot of it anyway. Nonetheless, we should all should respect the wishes of the providers not only because it is considerate but because if we’re going to benefit from any community (not just K-pop), the least we could do is follow its minimal rules. 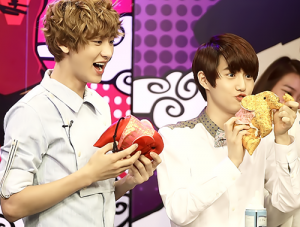 An EXO edit with the source logo cropped out

Realistically, there will always be a rule breakers, but as the online K-pop community becomes more connected, the chances of getting away with it are getting smaller and the stakes are getting higher. Fansites will find out, and they can (and have) decrease/stop the data flow whenever they want if they feel it is being misused.

And while it is never fun when the rest of the fandom is judged by/punished for the actions of a few, they have every reason to stop sharing data they were never obligated to provide in the first place. So while the K-Data blackout might’ve seemed like an overdramatic drop-in-the-bucket response to some people, at the very least it shined a light on a problem regarding integrity and community within the fandom that others might not have been aware of. In the end, it’s all about mutual respect, and the last thing we need is a K-fan/I-fan rift over that.

What do you think? Should there be rules between fans or is the idea too serious for something like K-pop?