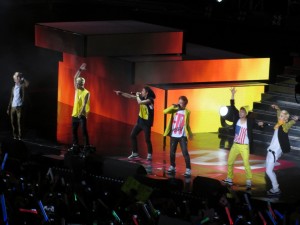 Happy mid-October not from the sunny shores of Hawaii, but California. Was here for KCON and survived with no injuries, although I would have been happier if I had gotten my B.A.P. CD signed.  Oh well, such is Life.  This past week in K-pop had been filled to the brim with preparations and finally getting to KCON for me, what was the week life for y’all?

The following are the top 5 Things that happened in K-pop that I think were a bit better than the rest.  And for once I think that those of you not up-to-date with your K-pop are safe–because neither am I–so no spoilers ahead! 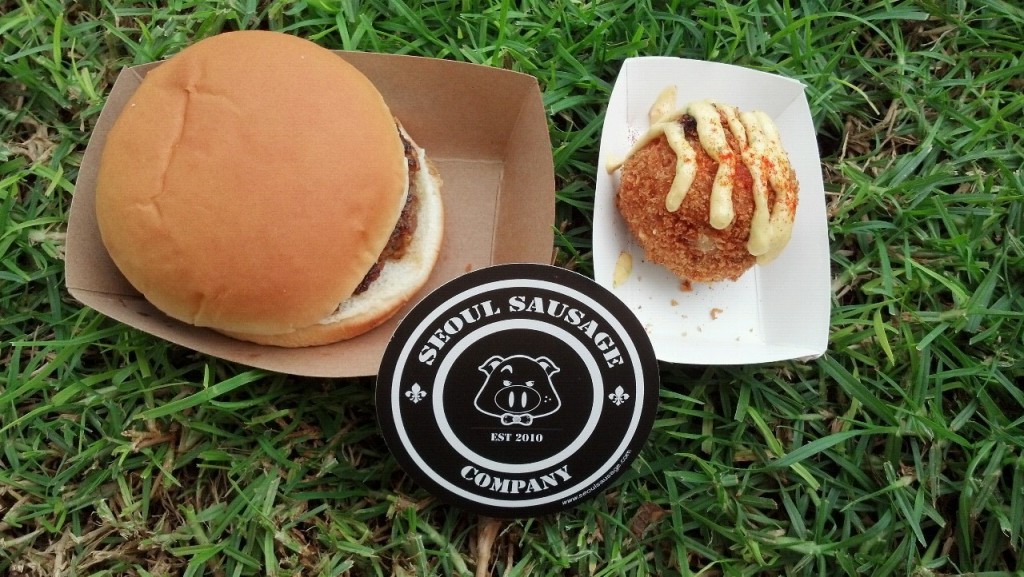 I was able to try out the Seoul Sausage Company‘s infamous fried balls (deep fried kimchi fried rice balls) and kalbi burger at KCON.  The buggahs was ‘ono (delicious) and were definitely one of the best things of the day.

The duo that won the first season of Top Band Korea, Toxic, have finally released their debut album First Bridge.  The MV for their title track “Lonely” was released and it really showcases the boys’ voices and music, check them out.

I expected great stages from B.A.P. and EXO-M, but didn’t really know much about Nu’est other than that they were Pledis‘ boy band and they won SB’s Midyear Wrap-up for Best Debut.  But the boys of Nu’est put on a solid live performance and impressed this old jaded K-pop fan.

They’ve been on hiatus since 2009, Tablo had been through hell and back and DJ Tukutz and Mithra Jin finished their mandatory military service, and after surviving all of that Epik High is making a comeback under YG Entertainment.  Up first, a single “It’s Cold” with their new hoobae, K-pop Star finalist Lee Ha-yi.  I think they’re still Epik, how about you? 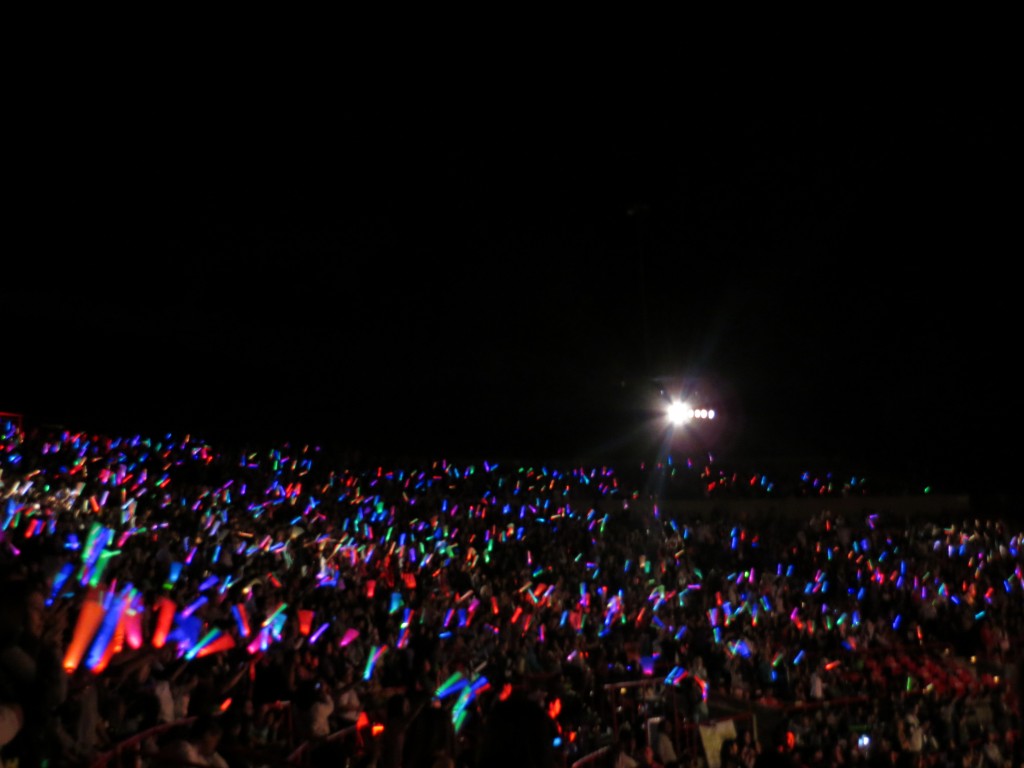 It was still a worthwhile event to go to.  I hoped for the best, prepared for the worst and got something in between.  With so many people going to the event, I foresaw many of the problems that occurred: long lines, autograph signing mayhem, and rabid fan girls.  Many things could have been handled better: the wait in lines for merchandise was ridiculous although it did seem like they had several lines open to take orders, but the process either needed to be streamlined or more organized, it is also very unprofessional for KCON to have not been able to fill some pre-orders because they messed up their inventory; the autograph sessions could have been handled WAY better like having more security to enforce the rules, informing fans of what was going on (like the fact that you needed a voucher and that standing in line wasn’t going to get you anywhere AND that only 100 people were going to get autographs); the food truck voucher prices were ridiculously expensive, and the panel tents were too small–in fact the whole area for the convention was too small for the amount of people attending.

The good at the KCON: staff were trying to adapt and correct all the problems going on as they happened, but some things were too little, too late; there were a lot of nice shaded areas for fans to relax, eat and/or take a break; for the most part K-pop fans were nice and open to helping others out, the food tuck fare was delicious, the glow sticks were probably the best but of the day, and the concert was awesome (especially for the price).  And while KCON could have been so much better, it was still a worthwhile event to have attended (although I’m not sure I want to endure the crazy again next year, but it should get better right?)