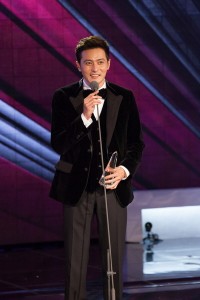 It’s the end of October and the biggest scare for Halloween aren’t goblins, witches, or zombies–it’s one heck of a super storm named Sandy.  Be careful and stay safe to all y’all on the East Coast including many of Seoulbeats’ very own. It’s been a busy month as a ton of celebrities left to enter into military service-the last being Leeteuk, Sangchu and Ryu Sang-wook, Kim Jang-hoon released the $1M+ MV for his song “Nothing,” comedian Park Myung-soo and Jung Yeob release the MV for “Was it a Dream,” Korean/Chinese group TimeZ release an MV for “Hooray for Idols,” 100% released “Still Again,” MISS $ said “Goodnight,” Standing Egg revealed a “Perfect Day,” F.T. Island released the PV for “Polar Star,” Girls Day said “Don’t Forget Me,” Byul and Haha are “Cute,” GLAM sings for the Five Fingers OST, and Jang Dong-gun has got STYLE.

The following are the 5 Things that happened in K-pop last week that I think were a tad bit better than the rest.  Spoilers may lie ahead, keep reading at your own risk.

5. AOA getting Miji with it

For a special stage on this past week’s Music Core, rookie girl group AOA performed their latest single “Get Out” accompanied by traditional music group Miji.  It was a great performance, but I wish they reworked the song a little to showcase Miji a little more because you could barely hear the traditional instruments save for flute. AOA is one of my fave rookie girl groups–I definitely prefer them performing as a band than a dance unit–now all they need is more songs in their repertoire.

Duuude, if you’re going on a show like Weekly Idol where they might ask you to sing, or back up your claim you can go up octaves like IU, you should at least warm up first.  Oh well, it makes for good K-variety.

I’m not a huge fan of Hi’s styling in the MV, but I like the song.  It’s jazzy beat and key matches Hi’s voice well and I like the little sassy edge to it.

K-indie band Lunafly has more than a few fans here at Seoulbeats and recently I found their official YouTube channel.  They just uploaded a couple of videos of a performance they had this past weekend in Hongdae and I LOVED their performance of the song “You Got That Something I Need.”

Poor Ji Suk-jin, not only does he get yelled at by his dongsaeng Kim Jong-kook, he gets punked by Yoo Jae-suk, too. Seriously though, how much weight did he think Song Ji-hyo could have gained? The guests from last week, the male leads from the K-drama The Great Seer Ji Sung, Jin Ji-hee, and Song Chang-eui are back and are joined by miss A‘s Suzy and the Wonder Girls‘ Yubin. It was a great episode and had a lot of fun games in it, too.