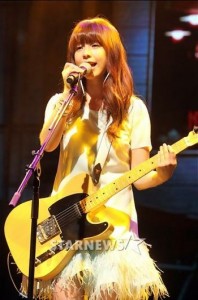 Stage names for artists and entertainers is the musical/theatrical equivalent of a pseudonym for an author. With their new name, a facet of themselves can be unleashed behind the safety of the stage name. A persona is created and lines are drawn between behind the stage name and the one carrying it, but those lines do sometimes become blurred. Sometimes a stage name takes a life of its own and makes the person carrying it a lot more prominent and well-known than the person behind it, so prominent that it overshadows the person that’s behind it. Do the names Norma Jean Mortenson, Archibald Leach, and Robert Zimmerman ring any bells?

Stage names in K-pop have always interested me.  Sometimes it feels like entertainment companies usually attempt to make the most unusual stage name for their idols, for the sake of having the most unusual, more often than not. Although there are various examples otherwise, stage names in K-pop usually feel more like a gimmick than anything meaningful or pertaining to the development of a persona. They’re usually just a means to differentiate the idol from the rest of the market, sometimes for the better or for worse.

A few months ago, a list of stage names that could have been used for popular idol groups was released. All of the stage names sounded ridiculous–Super Junior’s Shindong 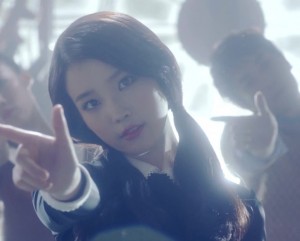 could have been Super Junior’s Udon?– and it made me wonder if my perception of the group or idol would have changed if they had kept that name. Would my opinion of Daesung and his vocal ability be different if he had debuted with the name of Big Castle? Would I have enjoyed the songs in Wonder Party any less if they were sung by a group called Ladies Club, and their names sounded it was stripped from the names of the charcters in  Tokyo Mew Mew?

Does the name make the idol, or does the idol make the name? The latter is the obvious choice, the talents and capability of an entertainer/idol/artist is ultimately the determinant of what makes them popular, but if so, what is the point of a stage name? In accordance with K-pop, I think it’s more or less a marker to set apart an idol within the market, and within their group, at least from the get-go. Whether or not an idol decides to take the name further and make it a part of themselves, the main reason why an idol has a stage name is because of the aforementioned reason, first and foremost. However, I do acknowledge that a lot of thought must come into play when an entertainment company comes up with a stage name for their idols, even though the end result of the process might seem otherwise. A stage name of an idol must fit with the concept the entertainment company wants the idol or group to represent, even when an idol is left up to decide their own stage name.

I think that most entertainment companies in general follow the Spice Girls structure of making stage names for their groups, where each idol has a specific name for a specific concept. But there are also many groups where their names generally simply sound nice and make the idol a lot more memorable. Yes, some of the meanings behind their names are nice on paper, but the main purpose for the name is to make the idol easy to remember, and pick from out of a sea of idol names. But sometimes, stage names become irrelevant and an afterthought, especially when the regular names of the idols are sufficient enough to be memorable. I seldom use or think of the stage names SM came up with and for DBSK, even when I have to ask when it’s DBSK‘s Changmin or 2AM’s Changmin when someone talks about Changmin. 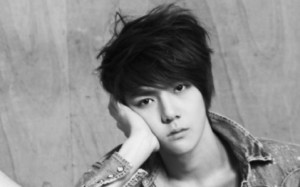 DBSK’s stage names brings up the choice between Korean versus English names. With the exception of Junsu, each of the stage names were in English. As a native speaker, I always had a hard time referring to Yunho as U-Know, or Jaejoong as Hero, the use of English in their name seemed weird, and the meanings behind them didn’t make any less pointless, especially when their birth names were sufficient. All of fans seem to have felt the same way and I seldom hear the names used in relation to them, especially post-break up. It could also be that some words in Korean get lost in translation, and don’t sound as meaningful or just sounds strange when translated into English.

I think the use of English, just like in K-pop songs, might be a way to reach a broader audience, a product of the Hallyu Wave. But then again, English, group names or stage, has been used since first generation K-pop, with groups like H.O.T, S.E.S, Finkl, and g.o.d, when arguably K-pop wasn’t in the same export, export mindset as it is today. I personally don’t see the problem with having Korean stage names, and English stage names, as long as they don’t seem random or weird-sounding, which happens as terrible english lyrics in K-pop. If they did want to appeal to a broader audience, couldn’t they at least hire better translators?

Stage names in K-pop overall seems like it used for the sake of being an idol stage name, rather than having a sense of meaning or trying to personified an aspect of the idol’s character and feelings. Most of the time they could be for sake of describing a concept, or a goal the idol wants in their career, a la U-Know and T.O.P, or the sake of setting apart the idol from the rest and being more recognizable in the industry. It’s safe to think that when the final say on a stage name is through the company, whose thoughts might not always be for the benefit of the idol, or group for that matter, when it comes to group names, and concepts.

So, Seoulmates, what are your favourite idol stage names or least favourite? For me, it’s Hoya, because it’s the same word used for mother in my cultural language. Kinda awkward sometimes want to say he’s sexy though.