Perhaps this goes without saying, but there are several good reasons why artists hold live concerts. Despite the fact that concerts are fairly expensive ordeals that require a ridiculous amount of planning and management, live performance has been an essential part of a musician’s career since, well, the beginning of time. After all, people in the 17th century couldn’t listen to Handel sonatas on their nonexistent iPods and stereos.

While time and technology have changed the role of concerts from that of a necessity to a luxury, there are still many things about concerts that cannot be replaced by a studio recording or even a taped performance. Granted, this is a point that can be heavily contested when it comes to K-pop, given the amount of rehearsal, staged planning, and (sometimes) lipsync that goes into concerts nowadays. But in the end, the one obvious thing that sets a live concert apart from any recording is the fact that the artist is there, on stage, in your face, breathing the same oxygen as you and 2,500 of your closest friends. The significance of that, of course, depends on the individual. 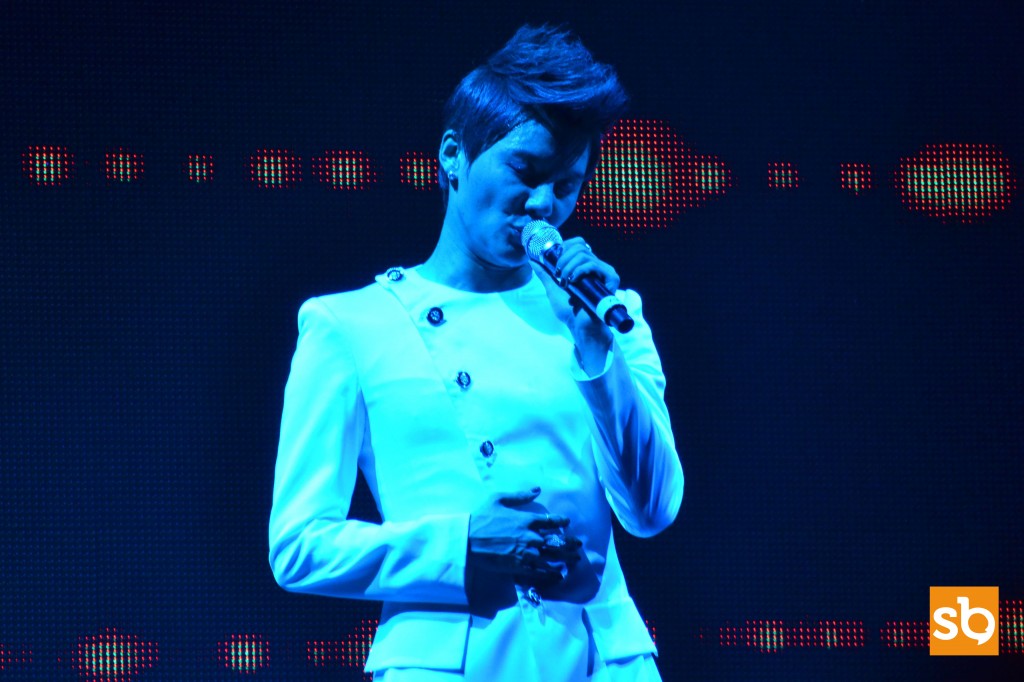 Prior to attending Junsu‘s concert in New York at the Hammerstein Ballroom last Thursday, Amy advised me to “FEEL Junsu in your presence, not see him.” Now granted, Amy is probably ten times the Junsu fan that I am, so this whole thing about feeling Junsu’s “aura” seemed to be slightly out of my scope. After all, I’ve been to my share of K-pop concerts and have seen some of my favorite artists perform, but  never have I truly “felt” anyone’s “presence” onstage. And nor was I really interested in anyone’s presence — my view of K-pop has traditionally been strictly technical, and the idea of feeling someone’s “aura” mildly creeped me out.

But even so, I was expecting big things from Junsu. In the eight-plus years of his career, Junsu has consistently presented himself to be an abnormally strong performer with excellent stage presence (in the most technical sense possible, of course!), to the point where he really has nothing left to prove. Let’s be real, here — this is a kid who once sang N’sync‘s “Pop” in the most unintelligible way possible and still managed to rock it. Even if I wasn’t the biggest fan of Junsu’s music (and believe me, I wasn’t), I still walked in with high expectations. 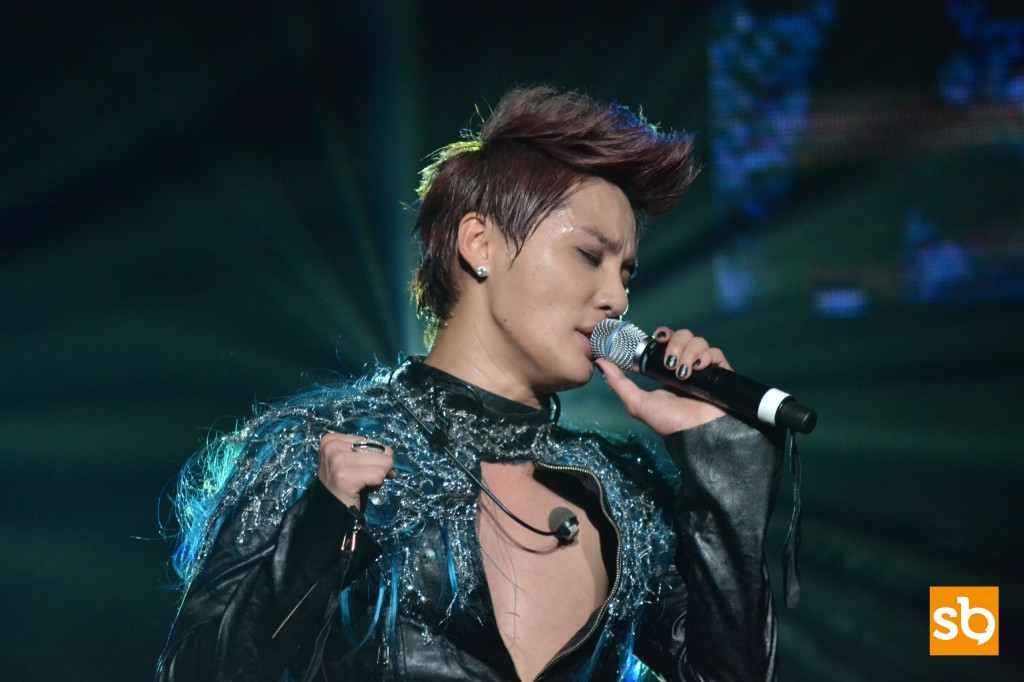 Though the event was billed as a concert, it felt more like an extended showcase than anything else. The staging was minimal, the transitions were nothing flashy, and the setlist seemed to pile drive from one song to the next. I think there’s a certain flashyness standard that K-pop concerts strive to meet (moving platforms, fireworks, performers dangling from high wires, et cetera), but Junsu’s concert didn’t come close to meeting this standard, and it makes me wonder if this was due to a lack of budget, small audience, venue restrictions, or the fact that a big, flashy concert probably wouldn’t befit Junsu’s current style very well. Most likely it’s a combination of all these factors, but apart from that, it’s interesting to see a K-pop concert that’s decidedly more low-key than what one would typically expect. Granted, recent events have placed JYJ in a spot on the outskirts of the K-pop industry where the usual rules don’t really seem to matter. Nevertheless, the intimate setting was what made this concert memorable. When it comes to concerts, I’m a fan of both the flashy and the straightforward, but so often K-pop is portrayed in such an overly glitzy light to the point where it just gets tiring to look at. It’s a bit disorienting watching a K-pop titan like Junsu perform in such a small, intimate setting, but it’s this paradox that allowed this concert to be unique.

Based on my experience, the funny thing about concerts is that there’s really no such thing as a bad song when you’re seeing the artist perform several feet from your face. Granted, the high of the concert probably carries much of the burden, but I think the real value of attending a pop concert is to see the artist perform. The music comes secondary. Songs like “Intoxication” and “Tarantallegra” would have never made it past one or two plays on my iTunes, but they ended up being some of my favorite performances of the night. Even performances of songs like “No Gain,” “Fever,” and “You Are So Beautiful” — songs that I wouldn’t have otherwise given the time of day — turned out to be extremely memorable. And when it came to songs that I actually liked — i.e. “Uncommitted” and the songs from Junsu’s past musical work — I was done. Finished. 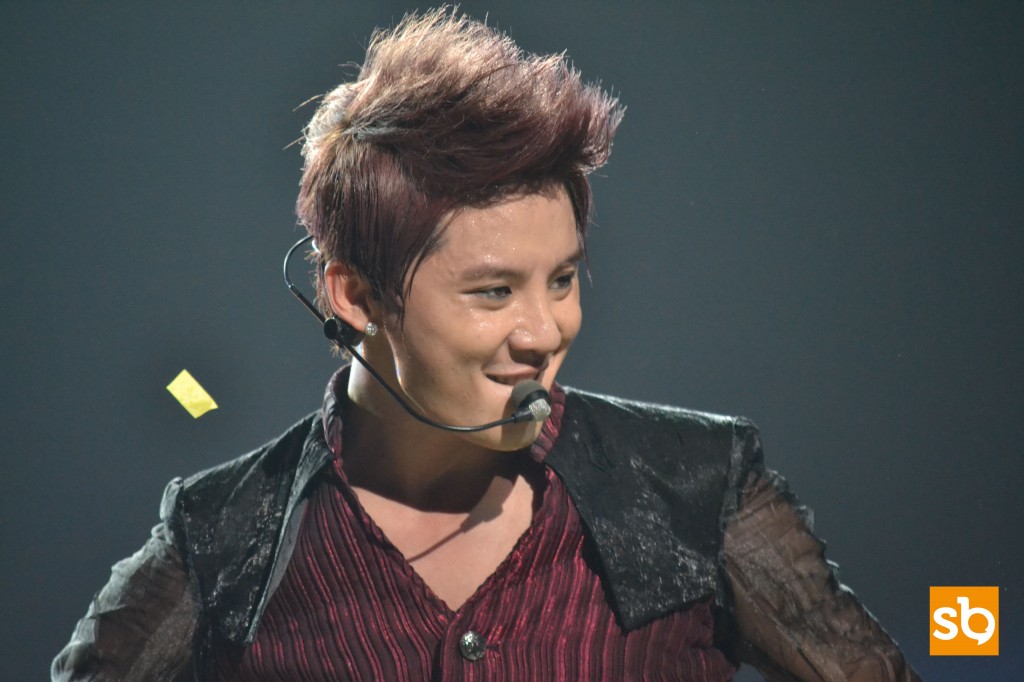 But even so, I came out of the concert feeling no less indifferent about Junsu’s music. While I thoroughly enjoyed watching Junsu perform, it didn’t leave me with the desire to find out more about his music. It left me with the desire to watch him live again, but as a lukewarm fan of his music, the concert didn’t cause me to be any less lukewarm. To K-pop artists trying to achieve greater attention in the West, this may as well be a death sentence — if the music doesn’t draw in new listeners, then what will?

Well, if the music was supposed to draw in new listeners, then K-pop artists are probably better off dumping thousands of CDs over all the major American cities via helicopter. Within the American market, pop music as a genre has become almost exclusively tied to the musical aspect of the industry, and it makes no sense because the nature of pop music is inherently multifaceted. There is no pop music without the music, yes, but without the choreography, the music video cinematography, the quality live performances — pop music is incomplete. 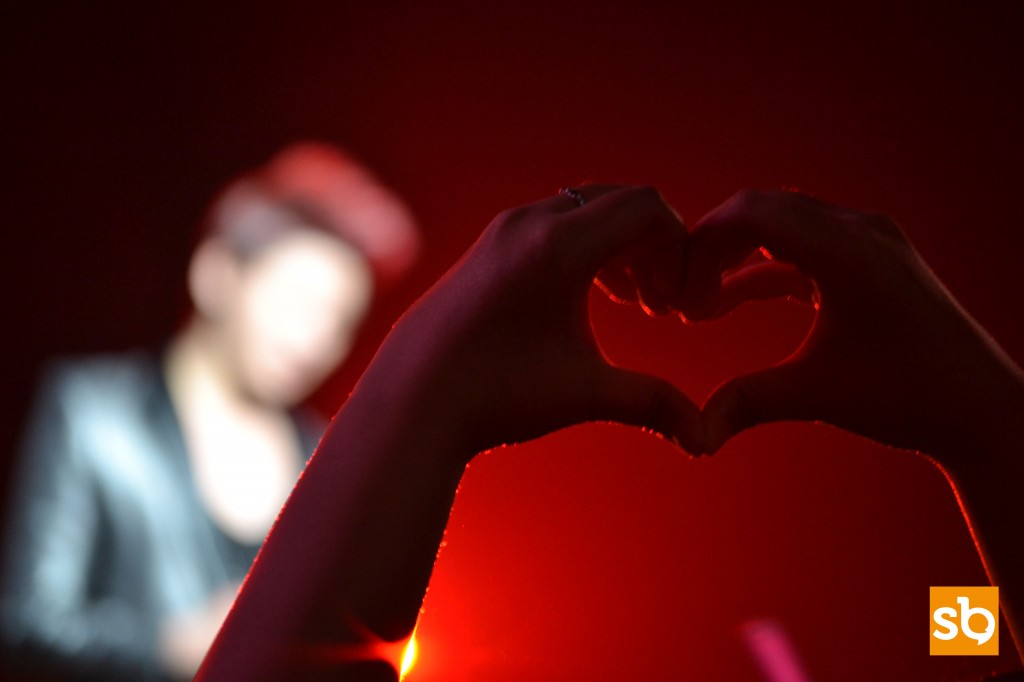 Junsu and his music is definitively lodged in the pop genre, and the fact that his primary assets as a pop artist lie in his performance abilities rather than his music makes him unique. His concert was proof of this; while his music still isn’t anything extraordinary, concerts give Junsu an opportunity to show off his abilities as a live performer in a way that a studio recording cannot. In this sense, these concerts could serve as a complete game-changer for Junsu — but only if the audience is watching the concert while knowing what to expect. But then again, there are few artists that, like Junsu, give off such a strong aura on stage even amidst lackluster music. There are few artists that can perform in a small, closed-in venue like Hammerstein with minimal staging and a small audience and still manage to energize the whole space. There are few artists that can utilize a concert setting to its fullest potential, and Junsu has done it.