The Good sans the Bad and the Ugly: September 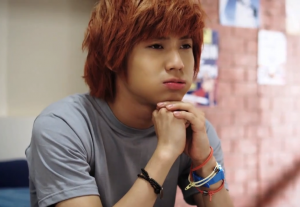 Welcome to another article where we glance over the good things that have happened in South Korea as of late. Since we spend a great deal of time identifying and analyzing some of the negative aspects we stumble upon as we manifest our interest in Korean society, let’s take a change of pace for a minute and focus on the bright side. And as always, if you have something to add — recent news, corrections, extra information or thoughts and opinions, please feel free to join the discussion and maybe provide a more thorough look into things. That being said, let’s ransack through news archives for September goodies!

Koreans and Not Only

While the students coming from multicultural families are not even 1% of the total of students, the stats signal that their number now is up five-fold than the one in 2006. The government tries also to accommodate them by giving them the opportunity to follow preliminary classes to learn the language and having Korean (foreign language) as a subject. The current phenomenon has determined the authorities to open international elementary and secondary schools in Daegu, Incheon and Yeosu, which will have to include the normal school curriculum, but which otherwise don’t abide by the same regulations as a typical Korean school.

And if K-pop is used as a touristic attraction, 67 students from 28 countries were elected by overseas Korean centers to enjoy the Korean experience. Besides K-pop, they were able to practice Taekwondo, listen to traditional music and exercise the traditional fan dance. Also, a Korean food competition was held on the internet (the ever friendly YouTube) with contestants from 27 different countries and the winner was a Hungarian team.

The Fight Against Sex Crimes

The rape cases that have worried the South Korean citizens, for the last months, asked for better measures against sex crimes and brought into discussion sex-related problems. Firstly, many surveys were dedicated to high-school and university students’ understanding of sex, stressing the importance of sex education. This was not only done to explain its biological aspects, but also to aid the forming of attitudes and a healthy mindset regarding sexual relationships. 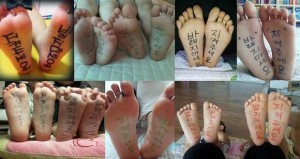 The problem got some well-deserved attention when the father of the 8-year-old victim in the Na-young case spoke up for appropriate discussions about sex in schools to prevent abuses.

Respect Women, No Matter the Profession 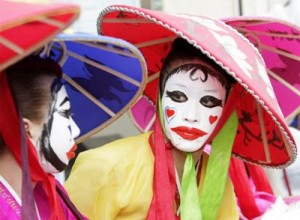 The hostile attitude against sex-offenders brought up the problem of sex-workers. A 40 year-old woman received a fine of 500, 000 won for selling sex and in response, she submitted a petition to a local court in which she accuses the anti-prostitution laws of being unconstitutional by regulating her right of a free sex life. From a different perspective, sex-workers have a high-risk job, constantly asking to be treated as human beings who also get sexually or physically abused. (As a disclaimer, no, the sex-industry is in no way limited to female workers, but the persons in question were women).

Women working in small restaurants are now asking their clients to stop calling them ahjummas as it has a slightly derogatory tone. ‘Ahjumma’ is directed to older women, with a subtle hint at maternal instinct. Korean Womenlink addressed this issue by claiming that people working in such settings often deal with low incomes and sexual harassment from customers. Hence, a more impersonal term like ‘chalim-sa’ (roughly translated as ‘person who serves tables’) would be more appropriate.

A laudable initiative consists in inaugurating a library for the disabled. The various suggested accommodations include prepared personnel, accommodations in the form of the braille-system and/or audio books, or guaranteed fast accessibility inside the library. This institution can be found at the National Library with the name of the National Library for the Disabled, a name inspired by its host. 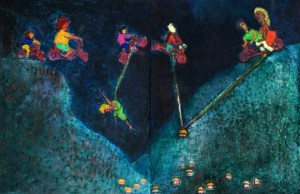 On the artistic field, Dennis Han, a Korean-American artist, opened his exposition recently at the Dream Forest Art Center. He gained recognition for holding an exhibition earlier this year at the UN Headquarters. He is the first physically-challenged artist to do so.

In light of the recent complaints about abuse faced by disabled athletes, the Korea Sports Association for the Disabled has opened a new department to deal specifically in sorting out such cases as well as providing support. The Disabled Athletes’ Rights Protection Team aims to denounce and sanction mistreatment of the athletes in question. 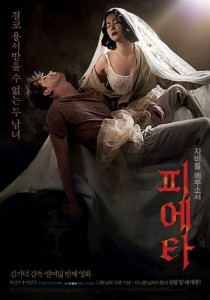 The Gwangju Biennale, which in its 9th edition represents Asia’s largest art event, took place this month. Artists from 40 countries exhibited their work to the biennale’s theme of Asian identity, embracing social commentary and cultural exchanges through their artworks. However, with its cross-continent appeal in terms of attracted audience, it was apparent that the event’s reach wasn’t limited to Asia. The event promoted an open-mind and encouraged its visitors to indulge in different artistic visions.

Two film festivals also align themselves with reminding viewers of South Korea’s brothers from the North. Seoul held the second North Korean Human Rights International Film Festival, in hopes of appealing to people’s sensibilities and awarenesses towards human rights issues in North Korea, and also that of local citizens in South Korea. The other festival which is forthcoming is the Busan International Film Festival. The yearly event will showcase Comrade Kim Goes Flying, a romantic comedy produced by three countries, North Korea, Belgium and England. Last but not least, congratulations are in order for Kim Ki-duk’s Golden Lion in Venice. He has been the first Korean to win a movie award at one of the three most notable festivals in Europe.

We all know presidential elections come with a whole load of BS, but this time, people finally gained something out of it — welfare. The government announced that the bottom 70 percent of lower-income families, with kids aged 5 or less, would receive childcare support in cash. this is a stark change in comparison to the much lower 15 percent of families currently receiving aid. The other 30 percent will also receive child-rearing support vouchers but only for children up to 2 years of age, and for child-care institution expenditures.

As September 10 marked Suicide Awareness Day, a march was organized later in the month, from 21st of September, 6PM to 22nd of September, 6AM, to raise awareness for one of the most important and aggravating issues in Korean society. Solbi, who spoke before about depression and was involved in World Health Organization’s World Suicide Prevention Day, also came forth as the movement’s honorary ambassador.

And these were the things that caught my eye in September. What were yours?