Five Indie Releases You Should Have Your Eyes On

Just like there is a season for debuts and a season for summer hits (summer, that is), September seems to be the season for indie releases. Just one week into the month and representative bands of the Korean indie scene such as Urban Zakapa, Standing Egg, Taru and 10cm have released some sort of material, while hip-hop duo Crispi Crunch and always hilarious band UV are also back to the spotlight.

First on the list is Urban Zakapa, who just came back with their first single since Beautiful Day back in April. With the line-up reduced to three singers, R&B band Urban Zakapa released on the 5th the digital single “I Hate You”, a soulful ballad in which they drop most of their usual instrumentation in favor of their voices. I’m not the biggest fan of ballads ever, but I have to admit they do sound fantastic here — the three voices have very distinct tones and the result is great.

Standing Egg teased some days ago with both a piano and a guitar version of their last digital single, “And Old Song”, to finally release on the 4th the complete version. “An Old Song” is a really beautiful acoustic ballad combining both piano and electric guitar, and unfortunately it doesn’t seem like they will be releasing a MV for it so we’ll have to be content with the two beautiful slideshows of the teasers.

Also recently the two parts of the Orange Revolution Festival album have been released, the first part featuring 10cm and Acoustic Collabo and the second part Taru, Lalasweet and Tete. All of the songs are soft acoustic tracks with a heavy reliance on the guitar, although each of them displays the personality of the band. Only 10cm and Taru have released MVs for their tracks, both utterly cheesy themselves. Although beautifully shot, none of the MVs is really that interesting, Taru’s being cute enough and 10cm’s just plain annoying (the main actress had me cringing the whole video).

And now leaving the acoustic style we also have the releases of Crispi Crunch and UV. Just like their last success “Thumbs Up”, Crispi Crunch’s last song and title track of their first album “Menboong Time” is an upbeat party song and a MV that, also typically Crispi Crunch, navigates between your typical hip-hip music video (girls in bikini… yeah, basically that) and a pure parody. I actually like this song more than “Thumbs Up”, if only because the autotune seems a little bit better used in here. Also beware, cameos ahead.

And finally prepare for the epicness with UV’s last MV. If their last MV, the infamous “Itaewon Freedom”, was a parody of a 80s electro-pop band, this time they have recruited rocker Yoon Do Hyun for a glam metal inspired MV video. And between scenes with double guitars and lots of hairspray, they also have time to parody K-dramas, specifically those family dramas in which the mother opposes to her son’s marriage (… yes, 90% of them). The song itself is a mix between the aforementioned glam rock and some of those rap parts Koreans just seem to love to add to any song randomly. My favorite parts of the MV? The mother dancing and the typical teaser of the next episode, really realistic.

So Seoulmates, how do you see the season of indie releases ahead? Is there any other you think is worth mentioning? Leave your comments below! 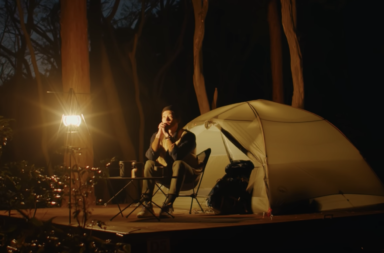