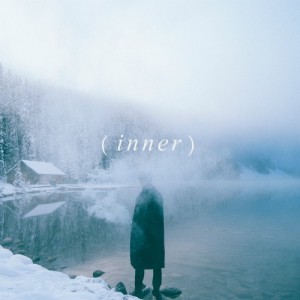 Standing Egg is one of those bands that’s straddled the line between mainstream and indie skillfully (we even wrote about them a few years ago). While they may not be as well known as bands such as Hyukoh or Love X Stereo, Standing Egg has been consistently producing music that is effortlessly complex since their debut.

The creative group behind the band has chosen to remain mostly anonymous, credited only as Egg 1, 2 and 3. However, they also go by Clover (vocals, guitar), Han-Kyul (bass), and Hana (Djembe) for live performances and recordings, with the occasional guest artist.

Standing Egg first debuted back in 2010 with their self-titled mini album. Their breakout hit was their single “Lalala,” a song that showcases their signature sound. With the help of social media sites like Twitter, “Lalala” became a hit that featured on many video sharing sites.

Their first full length album, With, even climbed to the top of Melon Indie Music Chart. With features some well-known names in the Korean indie music scene, like 3rd Coast and J.ae. Since their debut they have consistently released an album and a few singles every year.

I first came across Standing Egg from YouTube’s recommendations. I was curious, and I am so glad I gave them the chance. Their video for “So You” is so adorable and clever that it alone was enough to convince me to give them a chance. The song itself is earnest and genuine; it sounds like a shy love confession. It reminds me of Jason Mraz, if Jason had more jazz and bossa nova influences. Thanks to their YouTube channel, Standing Egg became a part of my daily playlist, the perfect soundtrack for tea or work.

As the years have gone by, Standing Egg has only solidified their sound and grown as musicians, technically speaking. Their MVs remain quirky and match the aesthetic their music creates. Last year was a busy one for them; they released an EP and a new mini album. Their mini album, Inner, was released in December of last year and continues with the coffee shop vibe that the band is known for. It’s incredibly satisfying to hear the different instruments being used so masterfully. With the acoustic guitar serving as their ever-present base, instruments are layered to create the simple, relaxed soundscape they’re known for. Clover’s smooth vocals compliment the guitars and piano that are present throughout all of their songs. My personal favorite from their new album is “Yell.” It’s more stripped down than the other songs on the album, with the acoustic guitar and piano driving the song forward. Clover’s voice sounds insistent that the listener absorb what he’s singing about. The song crescendos to Clover passionately entreating himself to finally love himself. It’s the kind of song everyone needs at some point; a song that lifts you up and encourages you to keep going. 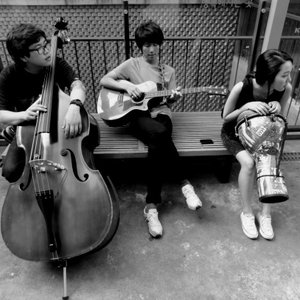 Standing Egg remains a refreshing break from the world of synths and auto-tune. All their music is written and performed by the members of the band; their energy and passion shines through in their music. My only criticism is while the music they create is always palatable, I wish they would broaden their horizons a bit more. Their coffee shop vibe and jazz influences are great, but it would be more interesting if they could bring in some unexpected elements. Their title tracks are frequently dreamy, romantic acoustic songs; I would be interested in hearing what they could create if they added elements of punk rock or even traditional Korean music. Their go to instruments of the acoustic guitar and piano offer the perfect foundation for exploration and fusion of different genres to create a truly unique sound.

If you’re looking for an oasis among the overproduced music that’s become the norm, check out Standing Egg. Their coffee house vibe and genuine lyrics are the perfect companion for pretty much all your daily activities. They’ve gained more attention in recent years, but they still remain an underrated band. I’m looking forward to seeing what they’ll be producing this new year. They announced recently on their Facebook page that they’ll be playing a Valentine’s weekend concert which will hopefully kick off a year of productivity and new music. Be sure to follow them on Facebook, YouTube, and Twitter since they post updates frequently.