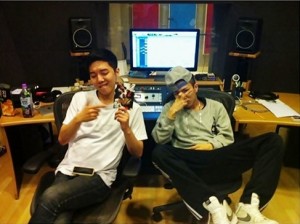 I think I’m late on the uptake about Plan-G, TS Entertainment‘s potential new hip-hop duo. Well, not so much just potential anymore as it’s more of a future reality; the duo already have their own Daum Fancafe page. I’ll admit, I found them through labelmate B.A.P by reading random tweets and wondering about this New Champ fellow that wanted to play soccer. After a little digging, I came upon Plan-G.

The duo is made up of New Champ — real name Jung Hyun-chul — and the younger Oh Jin-seok, who goes by Zinsuk or Z.S. The two made it to the final round of the 2009 JYP Audition, but were unfortunately cut. Since then, they’ve become trainees at TS Entertainment and have been busy making music individually, together, and with others, having put out more music than some rookies that have already debuted. New Champ has two mixtapes–Mixtape Vol.1 No.1 Bad-Boy and 1day1baby Mixtape Vol. 2 (downloads for both here)–and has featured in the works of other artists such as BeFamous and Nu-Soul. Z.S. has done similar features in fellow crew member QWALA‘s mixtape and with labelmate Untouchable. He has also been a VJ for MTV Most Wanted. Fortunately, although they are still within idol age range–1986 and 1988–, it’s doubtful that they’ll debut as a duo under the idol title.

In 2010, the two joined crew New Block Babyz, consisting of leader Hollaback Young’n, also member of rap group Answer, Wu-Tan, who is also a Host MC at a popular club in Hongdae, Kimm, the group’s female rapper, producer Gimm, among others. In the same year, they also formed trio Nom Nom Nom with crew member Ven. Both groups released their debut singles in 2010: “New Block” by the crew and “My Friend’s Girlfriend,” shown below (song starts at 0:45) by the trio under the title Love Emotions. As always, please be aware that there may be profanity in some of the songs.

While all three come off as loveable dorks in the video, there’s also clear talent with the way all three of them work with the upbeat R&B music. Ven carries quite a bit of the song with his higher pitches, but Zinsuk’s lower pitch and more mature sounding tone are welcome and bit unexpected if you haven’t heard his voice before. New Champ adds a good change with his raps that suits both voices well. The trio has also released another single album, Love Emotions 2, including song “U & I.”

Continuing with focus on the duo, New Champ released “How Are You Doing” featuring Zinsuk, which samples from Ray J‘s “One Wish.”

This song is split pretty evenly between the two and showcases their skills to a quiet beat that becomes louder at only a few points before evening back into the calmer beat. New Champ’s rap starts out rhythmic and soft before quickening, adding a tad bit of spite before relaxing back into the beat. Here, Zinsuk’s voice’s raspy edge is more prominent, and he’s able to add a depth of emotion fitting the song that ponders an old relationship. It’s with this type of song that you can really sense the comfortable relationship the two have working together and with the type of music they’re making, which translates well into their sound. Their voices also supplement one another. Both have lower voices, but New Champ’s is higher than Zinsuk’s gravely tone.

With more serious music that demands more emotion, New Champ provides the anger in his raps while Zinsuk is just a whisper of older memories and more sorrowful feelings that reflect New Champ’s emotions. Zinsuk’s refrains turn almost haunting, emoting well vocally. New Champ stays on a more stable note, keeping consistent with his frustrations. This song takes “How Are You Doing” and turns up the volume a little bit on both the emotions and music choice, going for a hushed anger at the surface that comes out with raps and a bit of soulful song.

There’s also their work together on the track “New” to check out. Individually, here’s Zinsuk’s feature in Untouchable’s “You You.” New Champ has been in quite a few features, so a simple search yields many results. He also joined crew Money Rain in 2011, releasing song “We Make It Rain.” It’s not my cup of tea, but it does have New Champ rapping in a manner different from what is presented here. 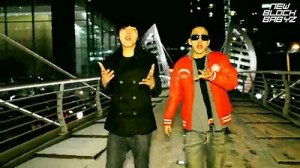 If it wasn’t obvious already, I’m excited for this duo to debut as Plan-G and come out with a substantial discography together. They’ve known each other for a while, and that bond shows in their music and hopefully would translate well onto stage. Their voices also have their own appeal and are able to stand on their own, but together they can create music with a good amount of range and variety without deviating from their original style. Currently, both were involved in preparing for New Block Babyz’ second concert.

I’m crossing my fingers for a debut before the end of the year. 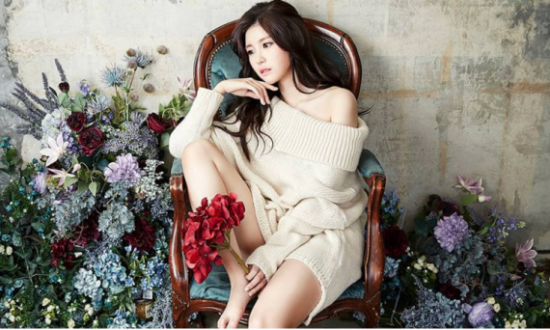 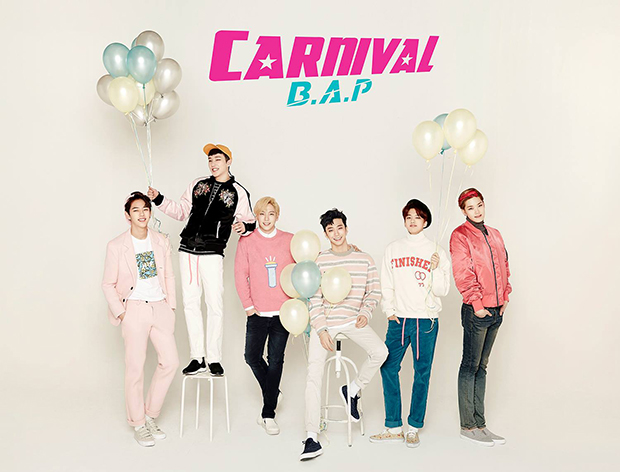 Sonamoo Soften Up with “Cushion”