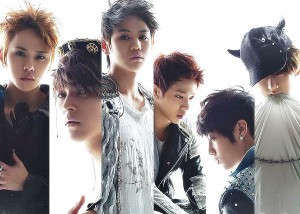 WARNING: the media used in this article contain mature themes and offensive language.

I have a confession to make. I’m told that Beast‘s “Fiction” is, to put it simply, a sad song. The sorrowful melody and inspired lyrics are said to really get to people–but I’ve never experience any of that with “Fiction.” I said in last week’s Seoulbeats Exchange on Beast that “Fiction” was my first experience of the band, but what you may not know that rather than watching the official MV or listening to an audio file of the song, my first taste of Beast came from this video:

Along with song covers, dance covers, fan remixes and mashups, video parodies are one of the ways in which K-pop fans actively participate in the K-pop fandom and express themselves. Where a MV shows plot A being played out, some fans instead see the potential for a plot B or C, and manage to bring their version to life and share it with other fans over the internet. Often there are a few different parodies of the same MV, varying in style of humour, be it sarcastic, goofy or even a bit vulgar–in fact, the latter is often the case with parody MVs: that warning at the head of this article is there for a reason.

Another difference to be pointed out is in the nature of the jokes told. The first parody combines three different fandoms for greater mass appeal; someone newer to K-pop would, understand references to the more well-known Harry Potter and Twilight series, and thus be more receptive to that parody. The second “Fiction” parody, meanwhile, is based on inside jokes that only K-pop fans, or even Beauties, would understand, giving it more of a niche appeal. Either way, people can find a parody out there to match their prior knowledge and suit their tastes as well. And as I explained before, providing an alternative story can allow a parody to change one’s perspective of a song, and while it may potentially ruin the original intent and artistry of a piece of work, it can work the other say as well. Songs that we may not always have liked could suddenly become more enjoyable with the right “treatment.” Sometimes music videos aren’t even necessary–not too keen on this non-promoted SHINee rap song? About sex? Well, how about this ode to SHINee’s stylist instead? 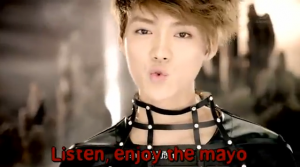 The above parodies provide humour by “translating” the Korean lyrics, and is a form of parody that works perfectly for music in a language that not all of us understand–but this isn’t the only type of parody seen online. Similar to the “subtitle” parodies are the misheard lyrics parodies: these consist of words which sound similar to the Korean (or Japanese, or Chinese) lyrics are created, to humorous effect. Misheard parodies can be a bit hit-and-miss with what seems to be a string of nonsensical words that make no sense, though through the odd gem of a phrase can shine through, as seen with Lu Han‘s first line in Exo-M‘s “History.” And even if the humour is not always there, these parodies can double as a pronunciation guide for your favourite K-pop song.

These types of parodies, easily made on any computer with video editing software, are a bit lo-fi compared to the parodies which are fully acted out, filmed and edited by fans. These parodies take considerable time and effort or produce, from the number of people involved to the cost of quality equipment–not to mention the outfits. This parody of Big Bang‘s “Fantastic Baby” remained faithful to the original MV while mixing in its own subtle funny touches, like having Taeyang meditate on a… well, see for yourself.

And sometimes the cost isn’t even monetary: one’s love for one’s bias girl group can overcome anything and everything, including potential public humiliation. But there will always be someone, somewhere, who will appreciate the effort.

So, Seoulmates, what are your thoughts on video parodies? Do you have any personal favourites? Share them below!