AJ Goes To College; Where Will U-KISS Go? 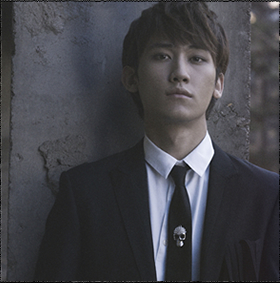 As many KISS Mes already know, 21-year-old U-KISS member AJ has elected to put his time with the group on hold in order to pursue his education at the prestigious Columbia University in New York City.  AJ (alongside Hoon) joined the group in 2011 following the departures of both Xander and Kibum; his own departure at this time means that U-KISS will return in September with only six members.  As a New Yorker and someone who has spent entirely too much time pursuing higher education, this writer applauds his decision and wishes him all the best when he moves to the Big Apple.  May I recommend him to make at least one trip to the Bronx’s Little Italy?  The cannoli are to die for.

Though this will undoubtedly disappoint both AJ’s fans and U-KISS fans alike, it isn’t as though they didn’t have some time to prepare; the news that AJ had been accepted into Columbia broke nearly a year ago.  At the time, NH Media announced that AJ was currently taking time off from school to focus on his activities with U-KISS, and the question of whether or not he would at some point attend college was left open-ended.  However, according to a recent statement released by NH Media, his decision to try out college seems temporary: if what NH is saying is true, AJ will be taking a five-month hiatus from U-KISS to enroll at Columbia and will resume his activities with the group next year.  Five months is barely long enough to complete one semester, so I don’t exactly see this panning out; with college, either you go big or go home, and five months isn’t going to render enough credits to have made it worthwhile.  Fans will, I suppose, have to wait it out and see.

We here at Seoulbeats have talked at length about the dilemma that many idols face when it comes to education versus their careers; the decision to forego a college degree for the sake of continuing to work in what can be an extremely volatile and unpredictable industry is a difficult one, and celebrities placed in the position of having to make such a decision often seem to be trapped between a rock and a hard place.  On the one hand, a college degree can and will likely serve one for far longer than will one’s credentials as a celebrity in South Korea (especially because those credentials are often highly contingent on age, beauty, and one’s plastic surgery budget); on the other, pursuing a college degree is often coterminous with abandoning (or at least severely neglecting) one’s lucrative (and potentially long-term) career in the South Korean entertainment industry.  Either way, one has to make sacrifices, and many likely will walk their chosen path whilst simultaneously wondering about the “what ifs” of the other.

Simply because AJ has the opportunity to study at one of the world’s most esteemed universities, his decision to abandon the celebrity life might make a bit more sense.  However, even Columbia might not hold a candle to the likes of some of South Korea’s most successful pop groups; it’s difficult to imagine, for example, a member of Girls’ Generation, Super Junior, or even B2St or miss A giving up their celebrity run for a chance at an Ivy League school.  At this point, no matter how competitive admissions to these schools are, the likelihood of achieving such a degree of success in the world of Korean entertainment is probably slimmer than is one’s chance of getting in.  However, AJ is not a member of one of South Korea’s top groups — in fact, U-KISS, despite their best efforts, isn’t even really close to the top at all.  And therein lies the key to understanding why AJ might be choosing Columbia over U-KISS for the time being. 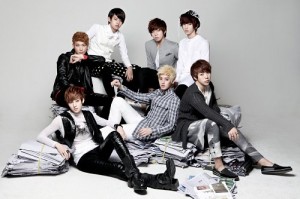 U-KISS is an unfortunate conundrum of K-pop.  They’ve been around for as long as have SHINee and Big Bang, have released countless songs that have earned them high rankings on music charts, have held sold-out solo showcases, and have even released a full-length (and fairly successful) album in Japan.  The individual members speak a plethora of languages and have engaged in a number of solo and variety activities (particularly maknae Dong-ho, who appeared alongside actress Park Han-byul in My Black Mini Dress as well as on Idol Maknae Rebellion). However, for as much effort and time as the boys have put into their careers — and for as well-known as many of their songs, especially “Man Man Ha Ni” and “Dora Dora” are — U-KISS seems stagnated, trapped, and unable to advance any further in an already vicious and cut-throat industry.  Perhaps the biggest indicator of just how stuck the group is is that in the four — four — years that they’ve been active, they haven’t won a single trophy on any music show.  And I know — I’m usually the first person to admit that trophies on music shows are little more than glorified paperweights that serve essentially no purpose, but I’ll also acknowledge that at least music show victories are based on empirical data, such as on-and-offline sales, real-time votes, SMS votes, and so on and so forth.  Which means that essentially, U-KISS just hasn’t garnered a large enough fan base — or produced solid-enough music — to earn a winning slot.  Ever.

This is not to say that U-KISS doesn’t have an incredibly loyal and dedicated fanbase, because they do.  But it seems that their current activities haven’t necessarily led this fanbase to grow, and in turn, the band has not been able to grow much, either.  Sure, U-KISS hasn’t always had it easy; they have been plagued with member changes that came at a particularly bad time, as the group was planning to make its debut in the United States just as Xander and Kibum made their exit.  However, many, many groups that are currently active have seen some line-up alterations, and most have turned out not too much worse for the wear.  While the member change may have caused a bit of a disturbance, it would be difficult to attribute the group’s consistent failure to totally impress to that alone.

So what gives?  This writer really hasn’t the foggiest idea.

Recently, U-Kiss appeared on Strong Heart and expressed their earnest desire to win number one on a music program — so actress Bang Eun-hee and hosts Leeteuk and Boom acted out a scenario in which the boys were awarded their first number one trophy.  However, for U-KISS, even the simulation of winning an award was too bittersweet, and Kevin began to cry (which led the other members and Bang Eun-hee to shed tears as well).

I can’t imagine how hard it must be to be U-KISS — to have all the right tools, but to never see a solid return.  While I can’t get inside AJ’s head, I have to wonder if he sees a greater future at Columbia than he could imagine with U-KISS.

What do you think, Seoulmates?  Do you think U-KISS has potential for growth, or will they gradually fade into the increasingly saturated K-pop market?