Member Withdrawals and its Implications

Over the past year we’ve experienced a huge wave of rookie groups that have made their way into the music industry. With the enormous amount of that have debuted, we automatically allow ourselves to know more about each new face and each new personality besides taking the hard task of memorising their names. But what is all of that effort really worth when the tables turn and someone leaves the group? 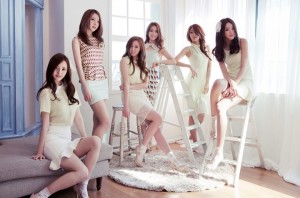 Member withdrawals are the new trend in K-pop now. Like an epidemic across the nation, K-pop groups are on a roll in replacing or removing members. Rookie group EXID, as well as Dalmatian and Dal Shabet have fallen prey to the movement and it’s not showing any signs of budging. Member withdrawals have made their appearance in Korean Pop culture since boy and girl groups hit the scene. However it has never been this rapid in such a short space of time.

On the whole, member changes have pretty much become a staple occurrence in K-pop and should be highly considered as one of the related things you experience when you become introduced to a Korean girl/boyband. Even the most celebrated K-pop groups have collided with this occurring phenomenon and are evidence of its work. The Wonder Girls, 2PM, After School, DBSK and many more have all been culprits and victims of this issue but what are the implications of member changes?!

A variety of reasons for a member leaving the line includes academic preferences, health implications and changing career sentiments. 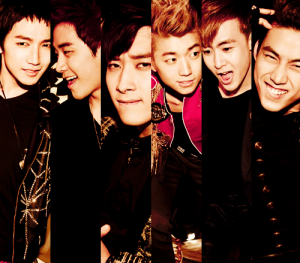 Now all of these reasons are justifiable but the impact that’s left on the existing members is a food for thought. Now for an existing member to be told that their music style is going to change or they’re going to spend their career with a new set of people is a pretty daunting feeling. However to not know how successful this change will be is another discouraging notion especially when years of hard training and emotional sacrifice becomes a part of an artist’s life.  Everything can hang in the balance as a result of one person.

From the TV shows to the live performances, as an audience we can imagine what it must feel like to be in an idol’s shoes.

What about the introductory member who is on the receiving end? To come and be a part of an established group of people is intimidating as it would be for a transfer student settling into a new school. For both parties, everything is uncertain and every experience is new. Just how well the group is able to merge in order to become successful is an obstacle they have to overcome. 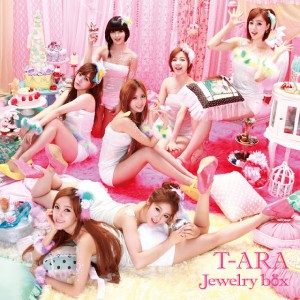 Let’s take a look at T-ara, who has the greatest track record for member changes. As we all know, the CCM group was once a five member formation who grabbed the attention of the industry with the OST track “Good Person” for Cinderella Man.

However after a change of musical sentiments, the original members Jiae and Jiwon withdrew from the group, allowing three new members (Boram, Qri and Sooyeon) to become the T-ara that we all gradually became accustomed to. At the time of their album Absolute, T-ara were unique and provided a quirky yet sexy style which we can associate with Korean popular music today. Their image, sound and members were pretty much established within a year. The addition of Hwayoung in 2010 seemed to draw a line in the group, and from looking back at variety programs that Hwayoung and the group featured on as well as the performances she was a part of, the tension and awkwardness was noticeable. It’s not exactly surprising that the T-ara and Hwayoung controversy came about; from surface perspective, she resembled the transfer student who found it hard to get comfortable and settle in. From the get-go, it looked like things weren’t all happy and sound in the fun loving group.

On the subject of comfort, the internal conflict within the group or with the company is certainly a huge factor when it comes to member withdrawals. Take a look at DBSK and their lawsuit or the former Super Junior member Han Geng’s case with SM Entertainment. The evidence is there and the issue is apparent. DBSK seemed as if they would stay as a group for however long their reign would last for, but that inclination was shattered with their split. It had a great impact on them and K-pop as we know it.

With all of the controversies and issues, are we more trusting and confident over the stability of each new K-pop group that comes around, or the existing ones that have made their mark on a history of Korean pop culture? No matter how long a group has settled itself in the industry there’s still the prospect that they are just as disposable as they were when they first joined. 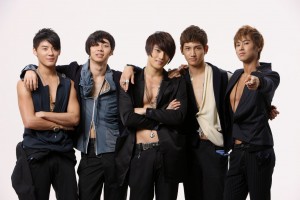 Every now and then we stumble on the news that the members we grow comfortable with are susceptible to leaving and being replaced. Even though they are rookies, EXID lost three members early on in their debut as they “…caused conflict in the group” but regained two new ones so as to not jeopardise the group’s future. For a rookie, that’s quite a hit in the face. How confident must these members be when they know that their spot could be filled at any time if their company feel as if they’re not pulling their weight or causing a commotion?

Whether K-pop idol groups are new to the scene or have been around for years, each group has obvious holes that need to be filled and issues that need to be addressed. Although groups often put on a happy front, we should consider the problems that crop up and realise that sometimes, things aren’t necessarily alright.