A Magical Summer Night Around the Loen Tree 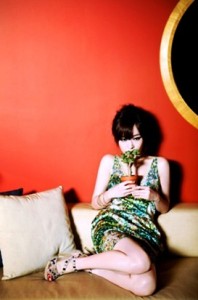 A handful of artists from Loen Entertainment have teamed together under the name of Loen Tree. Their mini-album, Summer Night, attempts to explore the various possibilities collaborations between gifted individuals can open. The ones involved in the project (with the exception of Fiesta) have a history behind them, being at the point in their career where they run on a distinctive image and musical style, making the result something more than a family album.

But let’s make the introductions first. The more famous participants are Ga-in, the maknae of Brown Eyed Girls, the tween IU, the nation’s sweetheart singing about her coming of age and Sunny Hill, an idol group tackling various social or moral issues in their songs. Joining them are Zia, a ballad singer (and not only), who earned herself the title of ‘faceless’ for her reluctance to appear in MVs; still in the ballad zone, Ra.D is known for his smooth vocals and heartfelt, mellow songs; nonetheless, G. Gorilla brings a rock touch to diversify the sound of the album.

IU and Fiesta open the album with a vintage vibe. They make their appearance as young ladies spending their summer days with an overflowing vitality. I will keep it short, since Jasper summarized what I would normally say in his review. The girls look and sound lovely on this track, but it lacked to me that something to make it worth replaying, like an impressive bridge or a bolder background track. It served though as a nice introduction for the rookies and for the album as a whole.

Ga-in and Ra.D bring the big guns out with “Take Out.” The track starts with a jazzy vibe and a pervading indie sound that settle the mood for the song. The guitar and the piano line warms up the listener for a soulful ballad, with drum beats setting the rhythm. The melody closely follows the story unfold. The piano notes accentuate the dramatic moments of the song, while the tambourine addition helps lighten up the air and maintain a playful approach. Ga-in and Ra.d take turns into telling their side of the story. The former’s husky voice, flexible and flirtatious, meets the latter’s flexible, smooth and alleviating vocals.

The song describes a day of two lovers who somehow fail to meet each other. Ga-in misses Ra.D’s phone call, but they decide to go on a date somewhat later. A friend though asks for Ga-in’s help, so she cancels on her boyfriend. Ra.D keeps his trademark as a songwriter with an uncomplicated narrative, good enough to welcome the cheerful tone and the sincere, light-hearted feeling. The hot sun, the summer rain and the bright afternoon create the image of a nice summer day, perfect for the two lovers.

You can hear the summer breeze blowing on the next track too, with Sunny Hill and Zia getting together for “Amazing Girls.” The two collaborated also way back for Midnight Circus’ “Let’s Talk About.” The song is energetic, smart-mouthed and reeks of confidence. Upbeat and dynamic, it was just what the album needed. For the first two songs which were relatively mellow, “Amazing Girls” compensates with a powerful sound and a wild attitude filled with optimism and youthful joy. Zia makes up for the minuses Sunny Hill might have in the vocal department and takes it up a notch.

The fast-paced track with the addition of an electric guitar made the song fairly entertaining, but the additional layer of autotune buried the girls’ voice somewhere in the back. As the song progresses, it gets messy and tiring. Both sunny Hill and Zia are seasoned singers with a more mature image and the childish feel of this track failed to explore the potential of the two. However, the lyrics were fun enough to keep me watching. “Amazing Girls” is all about giving up all your worries, including your boyfriend, and enjoy a trip to the ocean as restless trouble-makers.

The Summer Night continues with G. Gorilla and Kovo. The pop-rock track relies, as the rest of the album, on a summer day setting. “Ride to the Moon” is a sweet, romantic song about a love story lived on the sea shore, with the hope of keeping those moments forever engraved in one’s heart. The track alternates the fun lyrics with a genuine, timid confession and a heartbreaking nostalgia sometimes. The two keep it fun all throughout and deliver an entertaining rock song to end the album on a high note.

A remix of IU’s “You and I”, done by FPM Technorchestra successfully concludes the album. 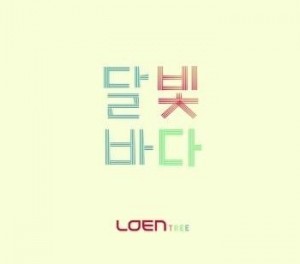 Summer Night was very different overall from what I had expected, with both positive and negative aspects. I was disappointed firstly because it was a mini-album. The record label manages a lot of talented artists and even if it kept the same short roster for the project, it could have come up with various collaborations and release a full-album. At parts, I felt it didn’t make a great use of their talents, especially in the case of “Amazing Girls.” Moreover, although the album was great and kept the original sound of most of the singers, respecting their individuality, I’ve been stanning Loenent for some time and I gotta tell you: it could have been the ultimate K-pop awesomeness.

On the other side, since the setting of each song was a summer day, it acquired a sense of coherency, whilst bringing a multitude of sounds and different artistic visions together. The retro-pop “Sea of Moonlight” was youthful and whimsical. “Take Out” represented a refined, simple and playful ballad. More passionate, “Amazing Girls” talked about a girls’ night out, doing whatever they wanted to, with an independent and carefree attitude. And in the end, G. Gorilla and Kovo brought good, old rock back with the energetic “Ride to the Moon.” In short, the album stands out because it’s not an idols’ album, but an artists’ one: all of them (except for Fiesta) get involved in the production of their artwork and have a say in what’s going on in their careers. Another plus goes to the distribution of artists. They combined a lesser known artist with a more acknowledged one and it was a smart move to let everyone enjoy the spotlight. For all these, my final rating is 4/5.

So what do you think? Did Loen Tree manage to surprise you? What is your rating?