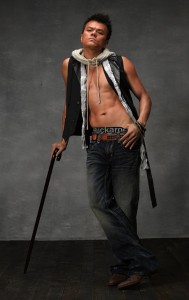 udging from the success of the last article, which took a look at SM’s Yoo Young Jin and his creations, and another one on YG’s Teddy Park, this week we shift the focus on to one of their bigger rivals, and none other than the man with the whisper (in hushed tones now) – JYP, or Park Jin-young!

Despite his huge success in his solo career, it was worth noting that he did not exactly enjoy the best of starts. Fresh out of high school, he made his debut in a group called Park Jin-young and The New Generation in 1992. Despite this being a time when the first generation of pop groups emerged, the project was a flop, and Park went back to school, choosing to major in Geology at Yonsei University.

It was also during this time that Park went solo, and released his “debut” album Blue City, which contained the mega hit “Don’t Leave Me”.  Despite the early success, he continued with his studies and graduated.

Subsequently, the hits just kept coming, with other known tunes such as “Honey” (1998),  “She Was Pretty” (1996), and a few hits penned for other artistes such as Uhm Jung Hwa’s “Invitation”. Eventually, while continuing his studies in Political Science, he was forced to choose between graduating and continuing life as a salaried employee, or just dropping out and going into the entertainment industry, making big money in the process. History did prove his decision right in the end though.

With the establishment of his entertainment company in 1997, which was subsequently named JYP Entertainment in 2001, the successful streak continued this time with artistes under his stable, such as Park Ji Yoon and Rain.

Among one of his most successful projects was the five member boy group g.o.d for whom Park provided the tunes, while then-CEO Hong Seung Sung took care of the other aspects of the group management.

In an interesting twist, Hong went on to run his own management company Cube Entertainment, which became very famous for creating a group composed almost entirely of JYP rejects – Beast. For the record however, JYP and Cube Entertainment, despite past links, have always been separate entities.

As for those who got into K-pop post 2008, Park Jin-young would probably be associated with 2AM, 2PM, The Wonder Girls, MissA and his latest protégés, JJ Project. Need I say more?

And all this while keeping his solo career going, though with some panting in the mix.

So what is it that makes him tick? Firstly, it is his love and innate understanding of pop. Most JYP productions tend to have memorable, catchy tunes with agreeable harmonies that inspire sing-alongs.

Another trademark of a JYP hit is the inclusion of an iconic dance move in the song’s MV and performances. From the body waving in Honey, to the action heroine esque-moves in “Tell Me”, to the heart pumping actions in “Heartbeat”, these dances have in many ways become as much a part of the song.

The result of all of this are songs that appeal very much to listeners of all ages, and have that rare trait of being trendy today, yet still relevant and listenable tomorrow (a very important trait of pop in general). Add to that the man’s charisma, and even the most formal of awards could be livened up by a performance or two of his songs.

Park’s appeal is also something he plays up in the media. Unlike his counterparts who prefer to work behind the scenes, Park prefers an approach where he is always seen with his artistes and exchanging concept ideas with them. In a Strong Heart episode, the Wonder Girls’ Yeeun told a story of how the two of them were working on Wonder World, and how he dropped work on a song after her criticisms of it.

Another effort by him to broaden his outreach to fans and the public is also through his Twitter, where he promotes his activities, as well as that of artistes under him. In true celebrity Twitter fashion, he also takes some time out to engage in conversation with said artistes, as a show of friendship and connections.

Then there are also the times when Park is just being himself and so delightfully over the top, from his role as music teacher Yang Jin-man in Dream High (and its sequel) to his food metaphors while judging on K-Pop Star. These two activities, outside of his usual role as a producer and entertainer, also show him as someone willing to try new things.

That said, the man is also known to be one who is willing to make fun of himself. It is one thing to be accepting of and laughing at parodies, it is another to be part of, and behind one. In Dream High 2, Park, playing the music teacher again, finally decides to become an idol, and heads off for a JYP Entertainment audition, where he gets roundly criticised by Park Jin-young himself, on 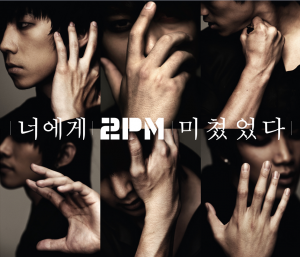 the very same things his protégés do wrongly (like breathing techniques!!). For those who enjoy more instances of name dropping and self -mocking, Dream High also serves up a fair amount of it too.

However, as with my previous article, it is also worth focusing on some of Park Jin-young’s flaws. For one, for all his diversity in sound and production styles, there are times where he is so guided by the idea concept it tends to hold him back. Some good examples were the times when all 2PM ever seemed to did dark and depressing concepts, or when the Wonder Girls after a while became synonymous with Retro. It eventually reached the point where when they did something different, it was such a breath of fresh air.

Granted, Park does do the concept well, but after a while, it would be much appreciated to move on from them after a while, especially when his composing skills are so much more versatile then that.

Then there are those business decisions, particularly with the Wonder Girls. After the success of “Nobody”, apparently Park saw it better to try taking them to the United States, in an attempt to make K-pop global, where common wisdom thought it better to stay in Korea to further increase their standing amongst girl groups.

To make things worse, Park also thought it a good idea to break into the Japanese market when everyone else had done so with 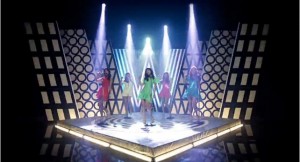 varying degrees of success (mostly not much), and with that song which had by 2012 been hopelessly played to pieces – Nobody.

It is in times like this that one wished JYP Entertainment sort of had somebody else who could take charge of the business and marketing side of things. Having one more man to assist in the music production side of things would also mean less chance of the “genius off day” syndrome, where there are some songs which were simply not as good (“Touch” anybody?).

Still, most of these are probably mitigated in light of the quality and endurance of his catalogue, both past and present. For that, we really should throw another “JYP” whisper to him, in the form of a performance from Immortal Songs, where singers acknowledged his contributions to K-pop.