In 2008, the brand Converse launched the campaign Three Artists. One Song to celebrate their centennial. The first single, a collaboration between The Strokes lead vocalist Julian Casablancas, American singer-songwriter Santigold, and The Neptunes producer and N.E.R.D member Pharrell Williams, was so successful that the project has released seven collaborative tracks since then. The last one of them, “#PeepShow”, marks the first one created in Asia, specifically in Korea.

The Three Artists. One Song project was born from the idea of combining three artists from three different genres; with this idea, too, Converse decided to sign veteran rock band Jaurim, Asian-American R&B and hip-hop trio Aziatix and electro-house group Idiotape. Aside from different genres, the three groups also have very different backgrounds. But first of all, take a look at the official MV here: 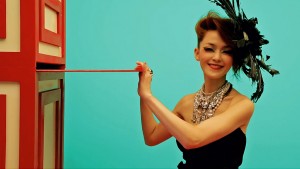 Jaurim released their first album in 1997 and is one of those bands born in the Hongdae music scene. They are the longest running band in Korea that hasn’t suffered any changes in their members since their debut and without a doubt one of the most influential bands in the alternative music scene. They do not only contribute to “#PeepShow” with Yoon-Ah‘s soulful voice and Sun-kyu‘s guitar, but also “#PeepShow” has been written and composed by Yoon-Ah herself, who’s also the one usually in charge of writing Jaurim’s songs.

The next band featuring in “#PeepShow” is also the one with a most recent formation: Aziatix. Aziatix released their first single in May 2011 and has since then toured Japan and the US, where all the members were born and raised. They also won the “Best New Asian Artist” at the 2011 MNET Asian Music Awards. Aside from their joint activities, all of the members had previous experience as solo artists, as well as collaborating and writing for other artists. “#PeepShow” features a self-written rap by member Flowsik, as well as the additional voices by members Eddie Shin and Nicky Lee. 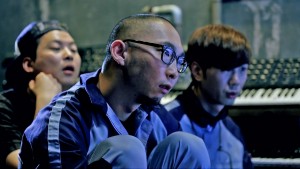 Last but not least, Idiotape, one of the raising bands in the flourishing electronic scene in Korea. Although together since 2009, Idiotape released their first and only album to date in 2010 and have been involved in the most prominent electronic musical festivals, including the SeoulSonic tour. They jumped to the mainstream scene some months ago with their appearance in SBS‘s You&I, showing a powerful performance. Idiotape is on charge of remixing “#PeepShow”, as well as doing the arrangements together with Jaurim.

The result of this interesting combination is an electro-rock track that manages to make the most out of the three artists. Yoon-Ah’s voice sounds sassy and powerful, Flowsik’s rap flows naturally (if you’ll forgive the repetition) and Idiotape’s electronic base puts everything together. Santigold, one of the artists that collaborated in the first track of the series, declared about her track that “we didn’t do it together so it ends up being just this weird long song with sort of everybody with lots of their own personalities separate.” “#PeepShow”, however, feels like a cohesive track; Flowsik’s rap feels like an introduction to the sung part, the members of Aziatix harmonize with Yoon-Ah, and Sun-kyu’s guitar feels totally integrated with Idiotape’s base. 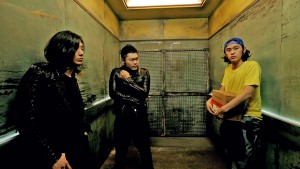 And that’s precisely what works so good in this track; “#PeepShow” isn’t a rock, electro or hip-hop track, but has elements from the three genres.

The music video is also fantastic; in the story, a young messenger tries to reach the floor thirteen in a building full of bizarre characters that try to avoid it. The storyline is just a pretext to show a series of outrageous characters and works perfectly fine as such. It also gives the chance for all the members of the three involved bands to appear in the MV, special mention to Idiotape who, as a wink to the song itself, manage everything behind the scenes. The editing is fast and the post-production funky, everything screams edgy in this MV, pretty much like the song itself. Aesthetically the video has been obviously carefully done: each room has a unique color palette and the outcome is beautiful. Even the styling is great, each character having their own personality. And I’m giving it extra points for the witty ending.

Curiously enough, even though K-pop is a global phenomenon right now — the fact that the first track recorded for this project in Asia has been made in Korea is quite significant — none of the bands involved are to be found in the K-pop music scene, but more in the alternative context. Converse managed to unite three bands that are somehow representative of their genre and that at the same time are a symptom of the healthy alternative music scene in Korea right now. 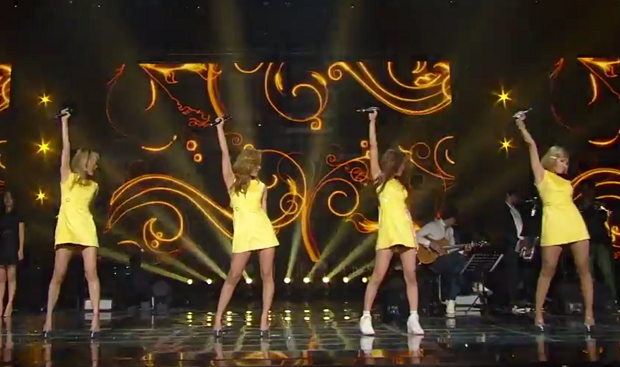