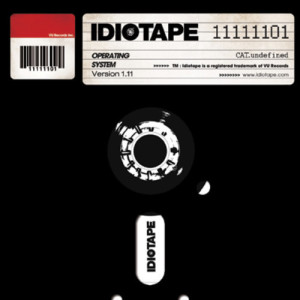 The band Idiotape has three members: Dguru (who does synthesizing, mixing, and shout), Zeze (in charge of synthesizing), and DR (drums). The group’s name comes from a combination of the words ‘idiot’ and ‘tape:’ the former for the strange noises the band comes up with and the latter for the nostalgia for cassette tapes. The mix of the two can also be taken as ‘idiot ape,’ referring to all humans as so. The band’s music is of the rock genre, falling under the electronic and shoegazing categories. Despite the heavy use of electronics to manipulate sound, the band is particular about keeping the drums live due to the nature of the instrument and its impact.

The trio generally rocks club scenes and festival events, making it out to SXSW in 2011, as well as getting involved with the Korean leg of The Creators Project convention. In 2012, the trio worked with Jaurim and Aziatix for Converse‘s Three Artists, One Song campaign, representing electronic sound in the released track, “#Peepshow.” Most recently, Idiotape was involved in the collaboration between SM Entertainment and 10 Corso Como Seoul for the latter’s fifth anniversary. For the occasion, the Seoul Melody project came to be, in which artists outside of SM remixed songs by SM groups. Idiotape remade f(x)‘s “Ice Cream” for the occasion.

First up is “0805.” If anything, the music that Idiotape produces brings a different type of live experience, based heavily in technology. And though watching some guys fiddling with dials on a board sounds like it could be boring, it’s far from it. The differences in volume and frenzy show the mixing to require a delicate touch and knowledge, and it really brings the sounds to a whole other level.

Next is “Even Floor.” It’s an onslaught of sound that breaks up a bit after the three minute mark, providing relief from the sounds, before beautifully building back up again through nifty layers. The increased intensity seems fitting for a battle scene of sorts, before slowly ending with an elongated last note.

“Hey Day” takes a calmer turn with a consistent and mellow melody. It’s one of the songs that has more of that alternative rock band sound to it rather than the intense electronic ones. It’s not for long as the song builds back up to the traditional strong electronic beat while still keeping that melody, but the song does return to those points again, keeping it up for over half of the song.

By now, there’s evidence of the little nuances that the group brings to their music. In “Sunset Strip,” they play with the sounds and this creates a distinct impression that the music is Idiotape’s, completely blowing away assumptions of electronic music as being a genre of little variation. The live drums definitely have their impact, infusing more of that rock element into the group’s music.

“Melodie” and “Pluto” are both present in this performance. In “Melodie,” the lighter sounds are a bit reminiscent of a video game and they provide a high-pitched melody to follow. Once again, the drums really make their impact as they match the sounds per beat. The transition from “Melodie” to “Pluto” is smooth: the second is more intense, making the break around seven minutes very welcome before the song builds up to an ear-splitting level.

Idiotape can really tease out a good set of sounds from what’s available electronically and otherwise. While the songs on their album are generally heavy and always building up and dropping down, their talents can also produce a relative clean track, as their remix of “Ice Cream” and work with “#Peepshow” show. Clearly they’re also a delight to see live, so I look forward to what else the group puts out in the future.

How do you like Idiotape? And what other indie sounds would you like to hear us talk about? Sound off below!