A Romantic Spring Date with Ga-in and Hyung-woo 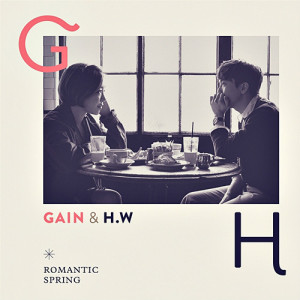 After the success of the sexually liberating “Bloom,” Son Ga-in is back with more springtime growth, but of the romantic kind this time around. The maknae of famed girl group Brown Eyed Girls doesn’t go it alone though, and is paired up with labelmate and former “The Birth of a Great Star” (MBC) contestant, Cho Hyung-woo.

Romantic Spring is a different sound for Ga-in as it is much more delicate than anything we’ve heard from her. As a duet album though, it showcases Hyung-woo’s soft timbre and deep, emotive vocals.

The single off the album “Brunch” is an acoustic tune of pure, unadulterated cuteness. The track features soft drums and a simple finger-picked guitar, so that their light voices dance together over the music; the lyrics also suit the tune perfectly. The song is about a couple appreciating the little things in their relationship, everything from the scents left on pillows to the way their lips taste like honey. It’s almost sickeningly saccharine. But it’s an adorable ballad and I can’t help but squeal. And if it’s any more possible, the music video is an even cuter representation of that.

The highlight track on the album “2 O’Clock Date” was composed by Ga-in’s fellow Brown Eyed Girls member Jea, and is a tender song that takes full advantage of a sort of instrumental, wafting, growing and shrinking beautifully. It never goes beyond the limits of a gentle ballad and into powerful, soulful rendition, nor does it feel strained. The song uses Gai-in’s and Hyung-woo’s voices nicely, mingling them together but also allowing them to stand on their own at times.

A more upbeat track, “Sway” has tinges of Spanish influence especially in the piano and percussions. It even uses a marimba like in the typical mambo, but the song fights too much between being a ballad and an actual mambo. The song’s opening seems to be intentional in bringing to mind the famous, same-titled track sung by many greats such as Dean Martin and in recent years Michael Buble. The slower-paced verses are sung with restraint, before leading into ever-so-slightly faster bridges. Sashaying into the chorus, the song’s lifted with full bass and jazz instrumentals, but keeps from hitting a high. Instead, it falls back into a slow verse again and repeats. 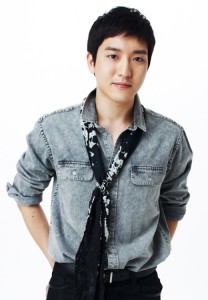 Ga-in’s and Hyung-woo’s voices sound like they’re fighting between keeping the lightness of “Brunch” and going into full power as expected in a mambo. Ga-in especially, is seemingly holding back at the chorus. We know that she has that the vocal prowess to belt like she did in Brown Eyed Girls’s “Hot Shot,” which also had a similar (though much more obvious) Spanish sound. “Sway” would’ve been lovely had it not set up expectations then fail to meet them.

Composed by Hyung-woo, “Let Me In” returns to the sweetness of “Brunch” with its guitar-centered melody. The song is a lilting beauty over which Hyung-woo’s vocals float magically. He shows just how much he can emote with the perfect warmth in his voice. Strangely, Ga-in is absent until the last thirty seconds of the song. Hyung-woo’s voice is wonderful on its own, but as part of a ‘duet’ album, this one is shy of cutting it.

Overall, Romantic Spring is lovely and capitalizes on the season’s romantic air. It sticks to an acoustic style for the most part, which is perfect for the sweet and delicate feeling of being in a relationship. I have to say that pairing this softer sound in Ga-in’s voice, with Hyung-woo’s light vocals, was a spot on choice. The EP leaves you feeling warm and bright like a spring day and I only wish it were longer.