The Future Is Bright With (Rookie) Possibility 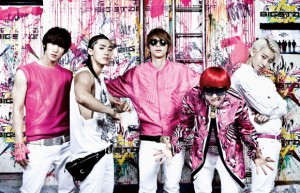 Here at Seoulbeats, we’ve been going a little rookie mad lately; fans have been fighting out hard on the debut polls, Nabeela has explored a few newbies with some serious vocal verve and Fatouma has taken a trip down memory lane to remember the humble beginnings of some of our favourite acts. But I’d like to take a moment to look forward to some of the groups who hope to form your summer soundtrack – and whether or not they actually have a chance.

K-pop hasn’t been short of big success debuts recently; groups like B.A.P, SPICA, EXO and Nu’est are just a few of the rookies who have tasted (relative) big time success.  However, for every success there are a fair few sob stories too; sometimes they lack the talent, the marketing, the luck – usually a combination of all three. However it pays to be optimistic, so here’s a brief list of a few possible rookies who might have what it takes.

Are you a Block B fan? A Nu’est fan? Do you like the song “Sexy And I Know It” by LMFAO? If you answered yes to any of these, you might enjoy Big Star and their debut song “Hot Boy.” They are Brave Entertainment’s new boyband with a love of pink, spikes and aggressive choreography. Admittedly they lack the freshness of, say, B.A.P, but don’t write them off yet. Clearly their company sees something in them as they invested 300 million won (about $260,100USD) for the “Hot Boy” MV. All the money seemed to go to the lasers shooting out of the boys’ eyes, but we all secretly enjoyed that, right? They pull a fairly solid live performance too — although if you can’t stand bowlcuts or unfair line distribution, maybe you should pass on Big Star.

There is no shortage of aegyo in K-pop, so at least this rookie girl group knows they will have a guaranteed fanbase. Their cavity-inducing sweetness levels hover somewhere between Orange Caramel and SNSD and if cute, fun and completely without substance is what you like then you should defiantly check them out. Their debut “Bing Bing” had a catchy chorus but “Saturday Night” is dangerously similar to Girls Day’s “Oh My God” — only less interesting.

Don’t be put off by the name; so far, C-Clown have displayed a moody, soulful attitude that suggests they might find a spot on my designated angst playlist. Their debut track “Solo” displays strong vocals, as can be expected from ALi‘s labelmates, but the MV s just plain confusing. It’s a classic tale of the company trying as many different concepts as possible at once, leaving no sense of cohesion. What can be said is that aesthetically the MV and the song matched well and the high-budget suggest Yedang Entertainment are willing to spend a lot on these boys. They’ve got the potential, and the looks, but C-Clown are going to need a stronger song then that to break K-pop.

While the “Alien Rookie” concept is nothing new, GLAM is one of the first girl groups to try it with their debut “Party (XXO).” The song and the MV is delightfully, unabashedly mainstream, but at least this group aren’t taking themselves too seriously. In the MV we are treated to a very American K-pop; football players, fire-fighters and…Gingy from Shrek? Not to mention the Katy Perry style fireworks from chest. Still, the chorus has been stuck in my head for days, but they need to get over the fake-aegyo aggression and find themselves some real attitude. Out of all these groups, they probably have the biggest backing company in the form of Loenent, not to mention exposure from their TV series on SBS-MTV.

Because clearly there can never be too many K-pop groups to incorporate “A” into their name. So far there isn’t much to go on; the group was originally called Taken and was under a different label with 6 members instead of 5. Taken’s debut song “Young Boy” wasn’t bad, but suffered as there was nothing about it that really grabbed attention and not enough promotion to engage their audience. Now, A-Prince emerged with the backing of MBLAQ‘s G.O who wrote their song “You’re The Only One,” which will be released on the 25th of July. It suggests a complete U-turn in musical style that could give them the boost they need.

First of all, I would like to let my prepubescent fangirl out to delight over how adorable I think these boys are. I want to hold their hands and run through meadows of wildflowers with them. Okay, now that’s over, I’ll talk about their actual music, which is a welcome relief from the autotuned white noise and embarrassingly sincere ballads that often overwhelm K-pop. Their song “Rocking Girl” is a soothing acoustic tribute to first-love flutters and while they might have missed some opportunities for more interesting harmonisation there is no denying their talent.  Unfortunately “Moonlight Sontana” was a little too soothing and acoustic for me, but they have a steady fanclub building. Choeun Entertainment  has big plans for them, planning to add two more members and debut the group as 24k.

So, there you have it; just a few groups that might be worth looking up. These are ones that managed to catch my eye, but there must be some I overlooked. Who are you betting on to make it big or maybe you know a few rookies that have kept it quiet but still have things to offer?