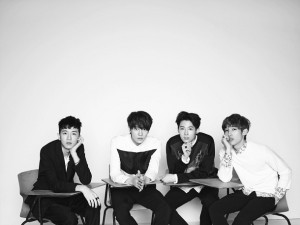 Fall is in full swing, and it’s time for another edition of Unsung Artists! In this segment, we look at some of the songs that might have escaped your attention. September had plenty to choose from, and the rookies and nugus had a very good month. So let’s look at some of my favorites!

K-pop Star contestant Choi Ye-geun belts out a jazzy tune for all things lunar in “Supermoon.” It’s an interesting combination of musical influences, and the artist herself took the lead in composing, writing and arranging the song. In it, the singer talks about that mystical power of a full moon, which almost seems like a living being.

Your light around me fills me up
Please guard me, shaken up in the hidden dawn
Tomorrow you’ll be gone, dented and far away
But you’re the only one protecting me from the dark

The rap portion seems entirely out of place, however, and takes a detour into talking about money and wanting more. Unless there’s some cultural connection, I’m not sure why the rap is there. But the video makes up for it. A lot of lower-budget artists have been using sand art to tell their stories. This one fits because creating scenes out of sand is a bit hypnotizing just like that odd attraction to the full moon. It also is more fast-paced than other sand art videos because the scenes sometimes fade into one another.

Another moon-centered song comes from Brave Entertainment’s Big Star with “Full Moon Shine (Moonlight Sonata). I liked the arrangement of the song since the rap is evenly distributed and not an afterthought put in at the end. A beautiful girl is the inspiration behind this lunar homage, and the members take turns praising her and wishing she will notice them. The song also ends uniquely with a rap and not a repeat of the chorus. It leaves you with the impression that he has taken the plunge and confessed, but the result is still unknown.

Taking a light footstep towards you, only the fence between you and I
It’s not a big deal, (I) jump easily over the fence
Wait there sweety, I’m gonna come over
On a summer night, make a romantic mood with a full moon shine
Take, take, take your hand slyly, starting today you are, be my be be baby.

The music video is simple with the members driving around at night in an expensive car. There is also some choreography, but the ride in the car is the main feature. They’re still on the rookie side, but they do a decent job of making facial expressions and embodying the lyrics with their swagger and soul.

September had a lot of collaborations, but this one was my favorite. It has a catchy beat and a feel-good tone. The lyrics are about trying to find someone that fits you and wondering if that person even exists.

My phone’s only filled with useless numbers,
I don’t feel anything, what can I do?
It’s so boring, they’re all the same, being alone seems more comfortable

The members of Playback and Eric Nam are a fun match vocally, but the parts for the girls could have been distributed a bit more evenly, I think. The music video is a simple studio video, but they try to make it fun. The Playback members show that they’re still green and have some awkward or forced facial expressions. After such a catchy debut, it’s disappointing that this video is so plain. They at least could have frolicked outside! But it’s a fun song, so that makes up for it.

Rookie boy group Heart B takes on falling in love in “Beautiful.” The song was composed by leader Do-Jin and is a good mix of sweetness and hesitation. The lyrics sum up the happiness, shyness and also boldness that love can bring out.

Should I go tell you I like you? What if it makes you back away?
I should stop thinking and just do as my heart says
I can’t help it, I’m so in love with you
Oh why, so carefully. Oh why, I’ll take you in my arms.

The video does have some interesting features and visual effects. I like the multiple heads scene towards the end, which seemed to show how “in his own head” the singer was planning his confession. The colors were also soft and glowing, which made it more visually interesting and different. The members seem to be in different places, such as the park or an office, but the outside world is incomplete because their focus is on this special girl. So they’re in this strange place between dreaming and reality.

Last, but not least, we cannot have a compilation for September without remembering the tragic deaths of Ladies’ Code members EunB and Rise. Last year, a car accident claimed both of their lives. One year later, a memorial song was released for them, “I’ll Smile Even If It Hurts.” This touching song incorporates some of the emotions in the grieving process including the disbelief, the pain and the struggle to move on. The lyrics have even more meaning because, unlike a lot of K-pop songs, you know that the members have actually experienced everything that they’re singing about.

I still can’t believe it, I think that I can still see you
It feels like a lie that you left my side, your face still smiles at me in pictures
Those last days seem like forever, suddenly one day you were gone

The music video is a simple lyric video that keeps viewers’ focus on the words. The background is sad, yet hopeful, because it shows a place beyond the clouds and into the stars. And at the very end drawings of EunB and Rise as angels appear, happy and at peace.

Well, that’s it for September. Hopefully, October will be an even better month for releases!