Side B: Brown Eyed Beginnings 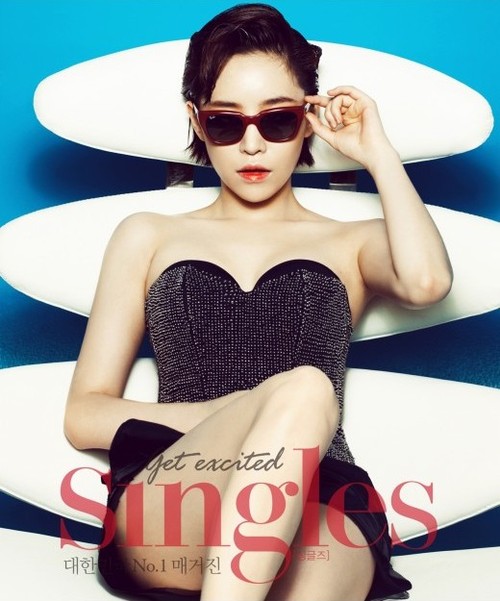 With the recent summer comeback of the Brown Eyed Girls, I thought that now would be a great time to take a look back at some of the group’s older, but under-appreciated works.

Since the girls have been involved in the K-pop scene long enough to be considered as veterans, there is a considerable amount of discography for us listeners to wade through. For this week’s installment of Side B, we’ll be taking a fast-track all the way back to the very beginning — although I do want to throw in a quick side-mention of “My Style” and “Sign,” two of my favorite oft-forgotten songs that were largely overshadowed by the “Abracadabra” boom. (I highly encourage you all to also check out the respective acoustic versions of the aforementioned songs, here and here).

With that being said, let’s now take a look back at their roots.

The Brown Eyed Girls was formed in 2006 by leader JeA, who hand-picked the members she wanted in the group. Miryo, the first to be picked, was already relatively well-known in the rapping community, as she had formerly been a member of the hip-hop group Honey Family, alongside fellow rappers including Leessang‘s Gary and Gil. Narsha, whom JeA had admired as a talented singer from her high school days, was added next to the roster. The last member to round out the group, Gain, was selected through an audition she was invited to after her elimination from Mnet‘s Battle Shinhwa.

The four of them initially went on tours under the name Crescendo before officially debuting under the name Brown Eyed Girls. With that being said, let’s now check out a couple of selected gems from their very first album, Your Story.


“Come Closer” is the lead single (and second track) off of Your Story. What is interesting is that the Brown Eyed Girls debuted as a ‘faceless group’ — the reason being that they wanted to showcase their vocal talent first and foremost (Narsha also conveniently had some facial work done during this time). They did not show up in their debut music video, nor did they make any visual broadcast appearances at the beginning of their career. In addition, their album cover consisted of drawings, and did not reveal their faces. “Come Closer” is an emotional ballad centered around a conflict of emotion between still loving yet wanting to hate a man that you have lost.


“Second” is the first track off of Your Story, and is about someone who can’t let go of their lover, despite the fact that their relationship is one-sided. Additional versions of this song (hip-hop as well as rock) were released in the repackage of the album later that year.


“Far Away” is the third track off of Your Story, and features the now-misfortunate but then-hotshot MC Mong. The song features a dialogue describing difficult but determined emotions during a break-up.


The fifth track off the album, a collaboration with artist and producer Big Tone, trades in the girls’ normal R&B sound for a funky disco beat, bringing some fun and spice to the mix.

“오늘은 그대와 하늘 위로” (Into The Sky With You) feat. Bobby Kim


The seventh track off of the album is a sensual upbeat number that features R&B artist Bobby Kim. What strikes me the most about this song is how ahead-of-its-time it sounds and how well I think it would fit right into the modern-day R&B landscape.


The ninth track on the album is a slower funk-infused song that essentially says good riddance to a cheater in a relationship.


The twelfth track on the album is a female vengeance song that experiments with infusing a bit of Bollywood-inspired sound into their music.

That’s it for my selection of favorite underexposed songs from the Brown Eyed Girls’ first album (and it’s only a fraction of their discography)! If you’re liking what you’re hearing, I highly suggest that you check out the rest of the album, as all of the songs are quality and you won’t be disappointed.

Although the Brown Eyed Girls’ earlier albums did not experience as much commercial success as their subsequent albums, they still contain music that deserves way more recognition by the public than they have been given up until now. What are your thoughts, Seoulmates?