Everyone’s favorite car smashing, punch throwing, and now hip thrusting rookies B.A.P. are back with their latest mini-album and title song “No Mercy,” and are hotter than ever. After making a very blonde debut back in January with “Warrior,” then quickly following up with their April release “Power,” B.A.P. has been taking the rookie pop scene by storm with their powerful music, hard-hitting choreography, and unique blends of genre. “No Mercy” proves to be no less exciting, and is well equipped with a fresh, rock’n roll essence and a newer, edgier kind of swagger that presents B.A.P. like you’ve never seen them before. 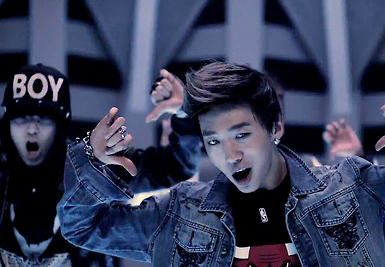 This MV is a cut and dry dance production, with a handful of different stages and various lighting to best convey an emphasis in choreography as it corresponds with the music. What I love about the stages in this MV is that they’re simple but still engaging–the foil-y looking backdrop the MV opens with is an interesting image, particularly as the strobe lights refract and the bass begins dropping hard. This added a dash of drama to the opening of the MV that both helped in maintaining B.A.P.’s rugged bad boy image while also refining that image to make it more of an undertone rather than a main focus. The other two stages are both lit up profusely (one a more balanced grey and the other a blinding array of red) but have little else going on in terms of props and decor to keep focal point on the members and the choreo.

I will say I am also loving how much face time Jong Up gets in this MV. Jong Up plays a big role in dramatizing the dance moves and keeping that energy at par among all the other members. And let’s be honest here, his solo dance break has been long overdue. Another plus in this MV, B.A.P.’s wardrobe has finally changed for the better. For too long these kids have been rocking tacky uniform battle suits splattered in neon paint and studded with metal, but it seems like “No Mercy” brings promise of cleaner, classier outfits more suited to individuality. The wardrobe for this MV is varied yet extremely cohesive, and does a great job of showing off each member’s own attitude. 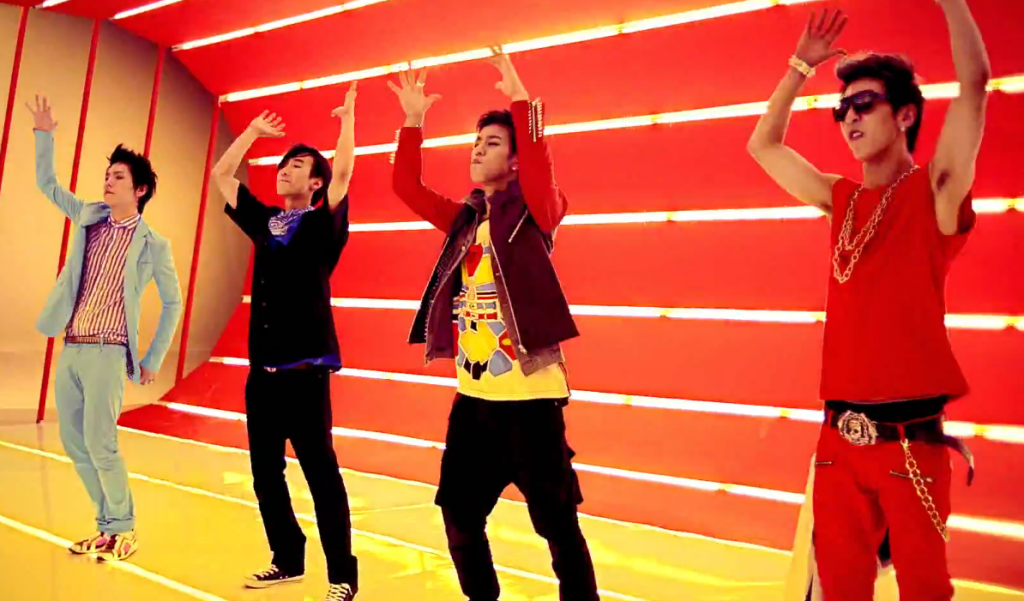 If there is anything I don’t like about this MV, it is the close ups of the random objects. I actually almost laughed at how ridiculous some of them are, and I honestly think TS copped out when it came to fillers and just grabbed random things on set to pan and zoom in to. Really just very random and unnecessary. 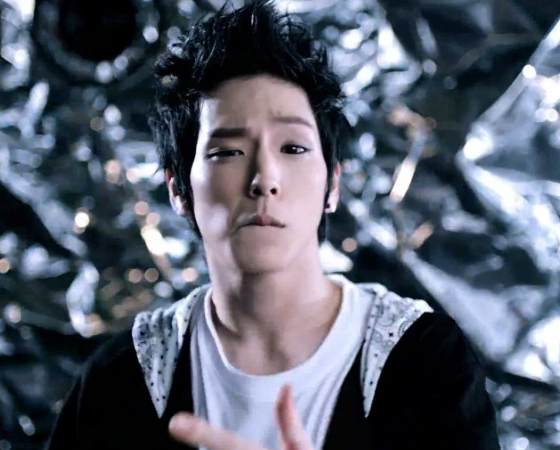 But, because B.A.P. are such emphatic performers, they truly deliver when it comes to presentation. The choreography is expertly performed, and every time you hear the bass hit, you feel it as the choreo hits. Everyone is charged with charisma and attitude, and it’s hard not to be entertained from start to finish. The boys did a great job of slowing down their moves to match the arrangement of the song, which is a huge different considering how intense their previous choreographies have been.

And you would think after showcasing such rigid and sturdy moves as those from “Warrior” and “Power,” they couldn’t possibly pull off anything sensual, but don’t be fooled. Even B.A.P. has got the hip-rolling and hip-thrusting down. All in all, the delivery was on-point.

Now if we’re going to talk X-factor, I’ll only hand it to B.A.P. because I didn’t expect this kind of song, aesthetic, or choreography, and they managed to pull all of those things off in a way that was extremely different from what they’ve done before and extremely well. I wouldn’t say this MV was anything ingenius or intellectually original, but I was pleasantly surprised with the direction B.A.P. took with “No Mercy.” So maybe not a full blown recognition of X-factor, but they still get points.