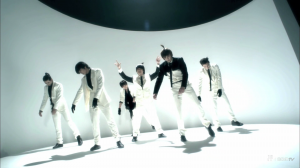 JYP Entertainment has generally been seen as the label with the party house and loads of talent, boasting groups like the Wonder Girls, 2PM, and, most recently, JJ Project. Just take a look at the fortunate return to happiness made with the Wonder Girls’ “Like This” and JJ Project’s “Bounce.” Regardless of the tone of their music, JYP artists have always been upbeat and full of merriment, though it may not have shown well on variety shows.

The Wonder Girls are notorious for doing poorly on variety shows–at least in comparison to variety representatives from other groups–unable to truly feel comfortable and actively participate as much as other idols have. And that’s okay. While that would have potentially hurt their chances to let their personalities shine, JYPE solved that problem with Real WG. And not just with the Wonder Girls, there’s Real 2PM and Real JJ as well. This segment seems to have evolved out of the undisclosed clips that were previously present on YouTube channels. They also gave a look into preparations the idols made or activities not previously released to viewers. Unfortunately, these videos are only present for groups signed directly under JYP Entertainment. Others, such as 2AM under Big Hit Entertainment, don’t have these little packages of joy.

With these videos that are usually rather short — usually around five minutes or less — these idol groups are able to show a more realistic side to them: how they mess around on sets, celebrate backstage, or even have regular conversation. While there’s always that danger of these types of videos being pre-scripted or idols purposely acting out because of the camera, the intentions behind the segments and the actions of the members do seem genuinely and something that would be rather difficult to script beforehand. Like in the above video featuring the Wonder Girls, these videos give an “inside” look to exciting events that the idols have in various places. While sometimes that exciting event is just a photoshoot or the making of a CF, other times it’s the red carpet at an awards show or backstage after a win or performance. No matter the time, if it’s interesting enough, it’s most likely up on the channel for the group. And since these videos are on YouTube, there’s greater accessibility and communication.

Another bonus is that most of these videos have English subtitles. JYPE is really playing it right by having these present in their videos. Not only can the rather large English-speaking or -understanding population read them for these little segments, but they direct all YouTube view traffic towards those music videos as opposed to fan-subtitled videos, potentially increasing views that could help the group. Most of 2PM’s videos have been subtitled by JYP, while the Wonder Girls videos are a little more sporadic in that sense. The most recent ones have legitimate captions while a few of the older ones lack them. Older videos claim to have translations back at the Wonder Girls Video Blog, but I haven’t found them there. Perhaps they are in the making. Three of JJ Project’s four videos have subtitles; the only one missing them is the very first video, but subs can easily be found on YouTube.

While the Wonder Girls videos are more of the type to cause a viewer to coo at their adorableness, JJ Project and 2PM videos are usually more entertaining while still providing that eye candy aspect. They’re clearly more comfortable in front of a camera and ready to break out into whatever antics or hijinks they plan. They also are the types to play well by themselves. While an awkward phrase to use, it’s exactly what they do. JJ Project’s Jr. runs around doing a self-camera, making faces at the camera, or making fun of JB. 2PM’s Junsu and Wooyoung are particular ones to watch as they create scenarios out of nothing, and all the members easily follow along. But that doesn’t mean the other members are slackers at variety: they didn’t get their 2PM Show for nothing.

Overall, these videos show the camaraderie between the members of these groups. The Wonder Girls have that easy friendship where all members can hang out well with the others, though clearly there are more outgoing members, but that’s always the case in any group. But 2PM and JJ Project are the gems here as their videos are full of amusing moments and behind-the-scenes looks at their interactions not just with each other, but with all the staff members or professionals around them. Though these videos are comparable to behind-the-scenes footage that usually comes with any music video from any company, it’s rare to also get photoshoot or CF footage that isn’t just a video of poses, outfits, and sets. As groups like the Wonder Girls and 2PM have taken breaks from South Korea–such as 2PM, excluding Wooyoung right now–these videos are a good way to keep connected with fans, even when they aren’t actively promoting on the normal modes of communication. And if anything, these videos are a reasons for idols, granted they’re not too tired, to insert some liveliness into other aspects of their career or promotions as all members certainly look like they’re having fun in these videos. 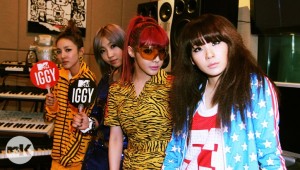 This method is definitely one for entertainment companies to want to replicate. YG Entertainment had the same idea with their 2NE1TV and occasional BIGBANGTV. But it’s unlikely for SM Entertainment to follow the same route, especially on the aspect of English subtitles when they don’t even get the English right in their songs.