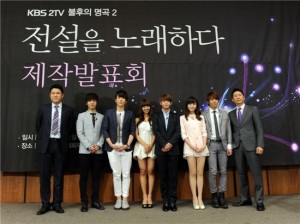 KBS 2TV‘s Immortal Song 2 began with a dreamy and fairly straightforward concept: idols would get to show off their vocal ability and performance skills through remaking songs from notable artists. Those singers themselves would be present to give comments on the idol’s performance. Singers would be pitted against each other, the audience picking which performance they preferred of the two at hand, until there was only one left: the winner. The initial cast was full of noteworthy competition: BEAST‘s Yoseob, 2AM‘s Changmin, SISTAR‘s Hyorin, IU, Super Junior‘s Yesung, and SHINee‘s Jonghyun, all accompanied by MCs Shin Dong-yup, Kim Gu-ra, and a bit later, Moon Hee-jun. The show began in early June 2011, featured outstanding performances, and brought in all those views from fans of the groups. What could possibly go wrong?

Several things, apparently. Idols weren’t the most ideal of contestants to have running a show. With popularity comes busier schedules. IU left after the first episode; Yesung and Jonghyun had to leave after the third. BEAST was heading off to Japan fairly soon, so it wouldn’t be long before Yoseob was out as well. But luckily, what South Korea does have in abundance are idols. From FT Island, MBLAQ, Secret, and more, it was possible to continuously exchange contestants as conflicts arose regarding scheduling. But not only were schedules conflicting: with idols, there is always that inherent sense that fans want to make their idol win, no matter how important or unimportant it is in the long run. (Not convinced of this? Just take a look at the explosion that developed within Seoulbeats’ own Best Debut poll.) While watching the voting results, a viewer can’t help but wonder if there are Shawol-noonas for SHINee or STAR1-uncles for SISTAR, among others, wanting their favorites to win. And it’s that type of thinking that could wreck the potential the show had and at times overshadowed the legitimate singing ability of idols.

In addition, it didn’t take long for audiences to point out the blatant injustices involved in the voting process. The order of performances was chosen at random. Voting had only two choices each stage, each performer either having just performed or having just won a stage. With such a stellar cast, it would be difficult to choose one over the other. Furthermore, each performance wasn’t intended to be similar to those of others. Songs with entirely different feelings could have been chosen, arousing different sections of a large range of emotions. How can anyone compare a ballad with heart-wrenching emotions to a lively dance track that makes you want to get on your feet? How can anyone choose which one is better? Not only that, but the first performer was always at a disadvantage. Their chance of winning was indubitably slimmer because they had to face every contestant thereafter. The last performer, before even performing, had a 50% chance of winning simply because of luck of the draw. The show soon modified the first of two rounds, where performers chose their song based on a theme, into a tournament-style that eliminated half the idols through face-offs of two, but left the final choice up to votes for any of the eligible performers: a system that was still unsatisfactory.

To be fair, the show did begin with some positive aspects. Performances grew with quality as an understanding was developed of how to reach out to an audience successfully. To win, that stage better be outstanding, whether it’s because of a smooth and basic dance routine, emotional expressions, or a hyped up scene acted out on stage. And it also connected generations through remakes of older songs. Younger generations may not have listened to older music, perhaps engrossed in current K-pop. But when those that are closer to the age of the younger population create a stirring performance out of an oldie, it becomes relevant to younger people, and maybe even something of interest in classic songs. 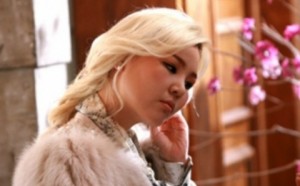 KBS eventually got a clue, understanding that perhaps the show wasn’t as well-planned as anticipated. Less than two months after the first episode, Huh Gak and 4Men‘s Shin Yong-jae, non-idols, were added to the roster, and intentions were made known to expand the list of vocalists to include more vocalists outside of the idol realm, bringing in singers like ALi, Lyn, K. Will, and more. The voting system changed earlier in 2012 to a much more acceptable method. After each performance, the audience would choose to vote or not for the performer based on the impact of the stage. While contestants would still face off in pairs, instead of the audience choosing one or the other, it would be based on how may of the 500-member audience felt moved after each performance. Whichever performer garnered more votes out of the 500 would move on towards winning for the week. And a last change was the introduction of fixed members. With the frequent exchange of idols, it was difficult to have some form of consistency with the show. But with contestants like Sonya, K. Will, Ulala Session, and Ailee present each week, viewers are guaranteed strong performances despite fluctuations in other members. And each exchange of idols had the potential to bring in a new batch of viewers, some of whom won’t leave when their favorite had to because of the other music available.

And what a relief the developments have been. Immortal Song 2 started out as an unfeasible, yet attractive idea. Focused on performances, not just vocal talent, it makes for an excellent platform to display skills. But recurring shows based on idols are difficult to maintain for reasons already stated. The addition of fixed members is a similar idea to what is present in variety shows. And also much like in variety shows, these members are the ones that can make sure it’s not awkward in the waiting/viewing room with their ongoing jokes–love triangles involving Ailee and two Ulala Session members or comments on Sonya’s continuously strong performances–and comfortable presence. Newer host Jeon Hyun-moo, along with Moon Hee-jun and Shin Dong-yup, continues to keep interactions amusing with commentary and continuous efforts to engage all present performers. Interviews have grown to encompass groups or pairs of contestants, making those more lively and humorous as opposed to the more serious ones of before. 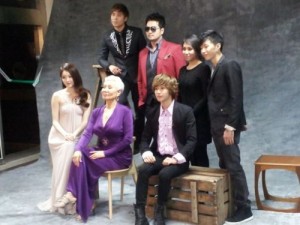 Another striking point is that with these fixed, powerful vocalists always on site, younger additions to the cast can really grow from witnessing these performances first-hand. While some idols may be “great” under idol standards, when it gets to where serious music really is at, their skills can be seen as just okay. There’s a difference between performing with a team and performing individually, in each case trying to convey appropriate emotions or a fitting routine. Seeing that difference can be a learning experience and motivation to get better. While your group may be doing okay sales-wise, there’s still that music aspect to being a K-pop group. So when SHINee’s Taemin, whose appearance on the program sparked predictions and reviews of his performance, or Infinite‘s Woohyun appeared on the show, you can bet that they left as improved vocalists.

Another positive stemming from the abandonment of an idol-focused lineup is the introduction to lesser-known singers. I had never heard of Sonya or K-punk rock band No Brain prior to watching their performances. And boy was I missing out. Sonya’s voice is simply stunning, and No Brain’s take on different music was particularly interesting and fun for listening and viewing. Immortal Song 2 is a good place for self-promotion as if you claim to talent, you’re in the right place to prove it. Vocalists also get the opportunity to meet several different legends within Korean music and show versatility as they provide personal takes on older songs.

Immortal Song 2 has climbed into my list of shows or performances to watch. Though I may not always engage in the fun interview portions, the performances are fantastic, each one having individual styles based on preferences and strengths. Though the show began with the potential to crash and burn miserably, it resolved its issues to stand strong today as an entertaining show with personality and out-of-the-ordinary performances. Fortunately, at this point, all Immortal Song 2 has to do is keep doing the same: bringing new idols when they can or when it’s promising, providing occasional special performances, and keeping those fixed members for an improved show all around.

Have any you taken a look at Immortal Song 2 since its changes in line-up and method? Have any favorite performers, performances, or vocalists that you think should be on this show? Leave a comment below letting us know what you think!