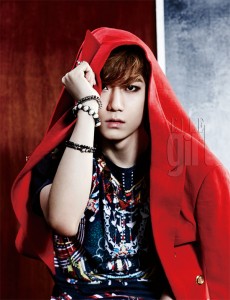 The popularity of Hyunseung from Beast has been on the rise since he promoted with Hyuna as the duo Trouble Maker earlier this year. The singer is now preparing to take on his first role in a musical, playing the title character in “Mozart,” a role once occupied by JYJ‘s Junsu. This month’s issue of Elle Girl features a solo shoot with Hyunseung, who is definitely one of the most fashion-obsessed K-pop stars out there. In the pictorial he wears a number of high-end labels, such as Givenchy and Balmain. The immensely popular KTZ brand also makes an appearance, as well as a number of Korean brands. The backstage setting which includes wardrobe and a stylist’s station are perfect for an idol.

The shirt Hyunseung wears in his close-up is probably recognizable, as pretty much everyone in K-pop has worn something from this collection; it is from the aforementioned KTZ, and is easily identified by the distinct beading print. He gives the camera a smoldering look, but the effect is somewhat dampened by the fact that he’s got a red blazer draped on his head. Luckily, he gets to actually wear the rest of the jackets featured in the shoot. One such jacket is the eyelet-detailed varsity jacket which was just seen on Uee for her recent CeCi shoot. He looks effortlessly cool, pairing it with green skinny jeans from Givenchy. One could imagine that the shopaholic singer’s closet probably doesn’t look much different than this giant rack of clothes and rows or shoes. 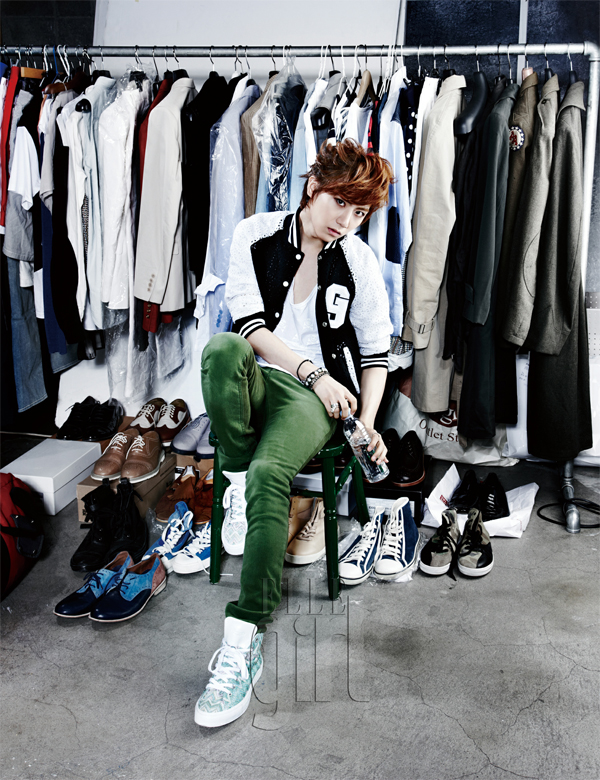 The best part of this shoot is the fact the the majority of what Hyunseung is styled in are items the singer would actually wear. It makes him seem more comfortable and natural. For example, when perched on the make-up counter he wears multiple items from Balmain, which he wears on a regular basis in real life. It is no surprise that he was almost a member of Big Bang considering the love of fashion AND Balmain exhibited by YG artists and himself. 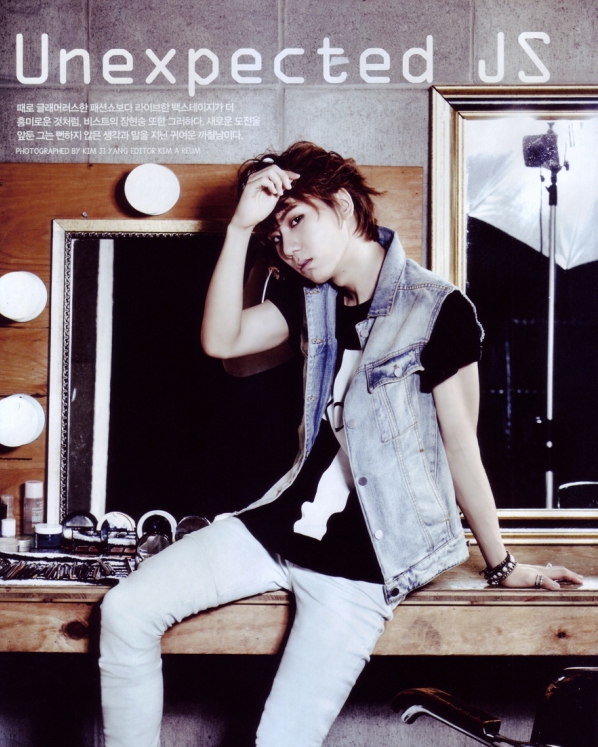 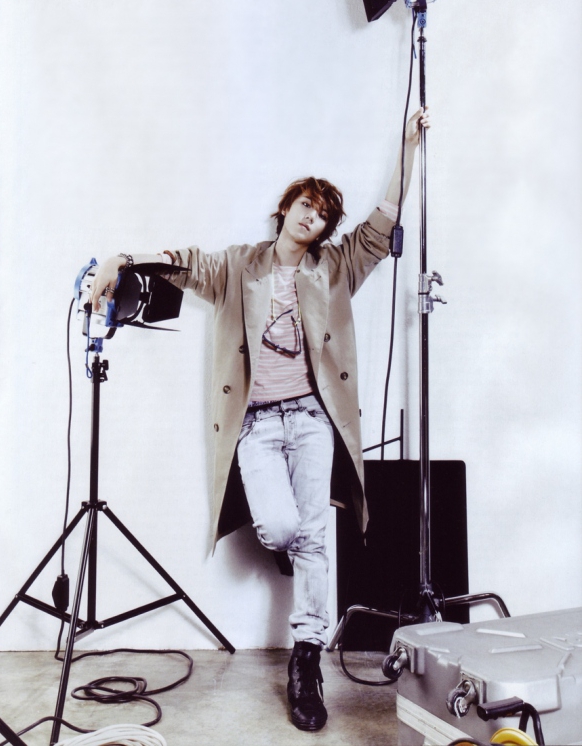 Next up, Hyunseung hangs out with some light fixtures in a Burberry trench and Balmain jeans. The casual, chic combo is the best look from the shoot. Finally, the worst look sees him in sleeveless tee with a hideous pair of baggy pants. The juxtaposition of the overly casual outfit and the fancy suit jacket over his shoulders is jarring. Ditching the busy pants in favor of a simple pair of jeans would be an immediate improvement. 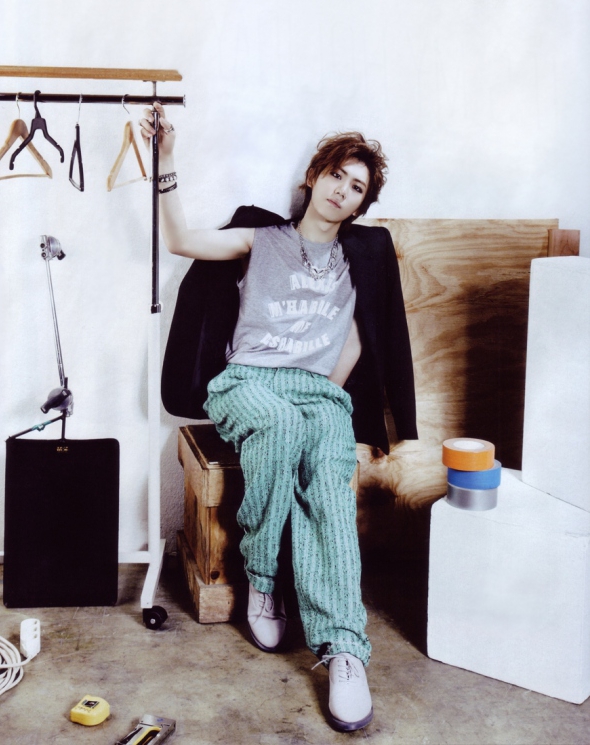 What was your favorite look from this shoot? Are you looking forward to more individual activities from this Beast member?