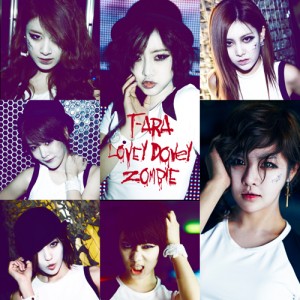 In an earlier article, I mentioned that my entire K-pop persona can essentially be boiled down into two basic rules: (1) I’m all about the girl groups, and (2) SNSD eternally holds the extremely coveted title of Favorite Girl Group Evahhh while all other girl groups get to duke it out for second place — a position that actually changes quite frequently.  It’s hard to say who is the current #2 (although I’m probably leaning towards miss A), but news of T-ara‘s impending comeback have recalled to me the days in which T-ara was untouchably second best.  Sadly, such nostalgia has this time been accompanied by maudlin speculation on where, exactly, T-ara went wrong in my eyes — for even though other groups have captured my interest, T-ara has kind of dropped the ball since the “I Go Crazy Because of You” days with me.

A lot of proverbial ink has been spilled over T-ara, due in large part to what many people perceive as extremely poor marketing and management decisions over the past few years.  First, there was the seemingly unnecessary addition of Hwa-young, a “rapper” whose contribution to the group was essentially dwarfed by the fact that T-ara already had two rappers — both of whom were coincidentally also lead vocalists (problem).  Then there was the release of two

music videos that are collectively nearly as long as is one episode of an American drama or soap opera — and though the songs were pretty decent, they had almost nothing to do concept-wise with either of the videos.  And then there was the news that even after Hwa-young’s questionable debut, T-ara would be getting yet another two new members, which was accompanied by that extremely bizarre comment made by Core Contents Media CEO Kim Kwang-soo in which he essentially accused the T-ara members of being lazy and sluggish idols.  And then (are you tired yet?) it was revealed that not only was one of the new members all of 14 years old (thereby creating a 10+ year age gap between T-ara’s oldest and youngest members), but that she had been chased down by Kim Kwang-soo after he saw her on the street while he was driving — oh, and by the way, she had no prior experience or interest in singing, dancing, or acting prior to signing with CCM.  So naturally, she was a perfect candidate to add to a group in desperate need of…yet another rapper or main vocalist?

All of that considered, T-ara’s been a bit of a head-scratcher lately.  As someone who has always thought that T-ara could very plausibly and successfully survive as a four-member group (preferably including Eun-jung, Hyo-min, So-yeon, and Ji-yeon) the consistent addition of more unnecessary new faces did nothing to curry favor with me, and it seems that many former fans are of similar minds.  However, aside from the inclusion of one of the worst raps breaks of all time in “Roly Poly,” T-ara’s music has admittedly been fairly solid — and hey, believe it or not, some of us do stay in the K-pop fandom for the joy of the music alone.  If nothing else, that is reason enough to give the new 8-member/kind of 9 member T-ara a fair shot for their next comeback.

So what awaits us?

Well, perhaps unsurprisingly, it has been revealed that we’re in for yet another music video of epic proportions: a twenty-minute long mini-drama, this time of the science fiction variety.  Though new member Dani will not lend her untested vocals to the song “Day By Day” nor participate in the promotions, she will play a prominent role in the music video alongside the senior members.  Promotional posters for the music video look almost as though they could be advertising Final Fantasy 57  (or whatever number of that game they’re up to by this point), featuring the members dressed as…what I can only guess are futuristic interpretations of bounty hunters, given that the story is set 300 years in the future (though why they’re brandishing swords and not light sabers is really anybody’s guess).  Although only Hyo-min, Ji-yeon, and Eun-jung are featured in the posters, their radical style transformations suggest similarly dramatic hair and wardrobe choices for the other girls.

Additionally, CCM released a minute-long MV teaser on June 28, which sheds a bit more light on what we can expect when the single drops on July 3:

Perhaps the most interesting thing about the teaser is the almost seamless blending of old and new, of medieval and futuristic.  Though the music video ostensibly takes place in a devastated city of the 2300s, T-ara seems to be fusing both worlds; the props, the scenery, and the wardrobe all seem to suggest a seriously updated world of kings, queens, castles, and knights.  The actual song, too, begins with a soft flute and lyre combination (well, admittedly, it’s probably a guitar) that swells to include a pretty awesome beat and some of the best rapping I’ve heard out of T-ara in awhile (is that Eun-jung I hear?).  While I actually can’t claim to be terribly excited about yet another centuries-long (hyperbole intended) music video from T-ara, this teaser has actually got me decently excited for the release of the album.  A 20-minute music video is actually a serious investment in my day, but great new music is welcome anytime. 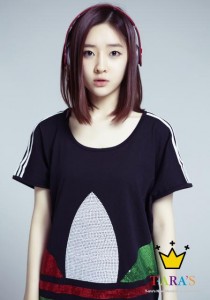 The most perplexing thing, however, is that just as it was in the posters, a good half of the new T-ara is just…not there.  Like, not anywhere.  I know that not all members starred in “Lovey Dovey” and “Cry Cry,” but given that this is the comeback that is supposed to introduce us to the two newest members — and, by that token, somehow convince us that these new members are not superfluous — wouldn’t it make sense to actually include both of them?  Not only is slightly-less-controversial new member 18-year-old Ah-reum left out, but veteran members Qri, Bo-ram, and Hwa-young don’t make an appearance, either.  As someone who already felt that even the 7-member T-ara could be easily shaved in half without serious repercussion, leaving out exactly the members that I thought could be done away with it doesn’t do much to inspire confidence in the absolute necessity of making T-ara as large as is SNSD.

Overall, while I am not completely thrilled with the new member additions or the fact that I must choose either a 21-minute episode of 30 Rock or T-ara’s new music video as my way to spend my limited free time on July 3, I am somewhat anticipating T-ara’s comeback.  Maybe I just look forward to seeing how CCM actually plans to explain or execute all of these recent potential debaucheries, but I do believe that some part of me deep-down still thinks of T-ara as part of my homegurl crew.  I’ll be tuning in on July 3; will you?