U-Kiss Wants You to Believe...in Their MV 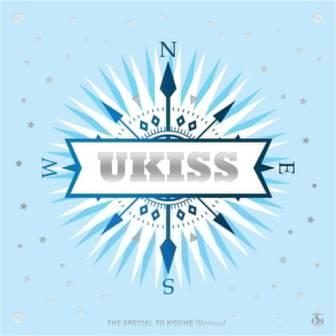 I, however, simply cannot. Even though they just dropped the DoraDora mini album at the end of April, U-Kiss has kept the spark among their KissMe’s alive by releasing yet another mini called The Special to KissMe, featuring the title track “Believe” penned by U-Kiss’ very own AJ. U-Kiss has made their long-awaited return to K-pop have a very long hiatus away fulfilling promotions in Japan, but just how well do they stack up?

In my opinion, not spectacularly well, but that comes as little surprise to me. While I won’t call U-Kiss second rate (their past singles like “Round and Round” and “Man Man Ha Ni” were very much addictive), I can’t say they’ve exactly ruffled my feathers with their latest comeback, and particularly with their latest song and MV for “Believe.” Here, take a gander.

[youtube http://www.youtube.com/watch?v=P_E0J2WIfw0?rel=0&w=560&h=315] Cinematically, it appears very much like other U-Kiss MVs do–dark colors, plenty of lip gloss, and Eli rubbing his eyebrows. There is no story to follow you need to follow, but there are a variety of sets being used here. There are the close ups against the wall, the vintage-ish shots inside the house replicas, and of course, our drama factor, the dark tunnel. I really liked the aesthetic of the house scenes (from wire and metal furniture to the retro ice cooler) and the pale colors and pastels being used to elicit the emotion of the scenes and lyrics.

However, while it may have been the most visually appealing set, the overall feel of those particular scenes didn’t add much flow to the actual song itself. That being said, I don’t think either of the other two types of sets also did little to the effect of the song. (Also, did anyone else think Eli sitting in the bathroom was creepy? Please tell me you guys caught that….)

And I say that because the choreography for this song is on-point. It is high-energy and emotionally charged–U-Kiss usually fails to disappoint in that arena. But the sets almost seemed to be cramping the dance performance and slowing down the rhythm of this fast-paced song. Call me cliche, but I think some running scenes and more industrial-like settings would’ve suited the character of the song a little better. Also, the drama factor could’ve been amped up some more with a little love interest or even a little sexual tension to really convey the edge and the bite that this song does actually have. 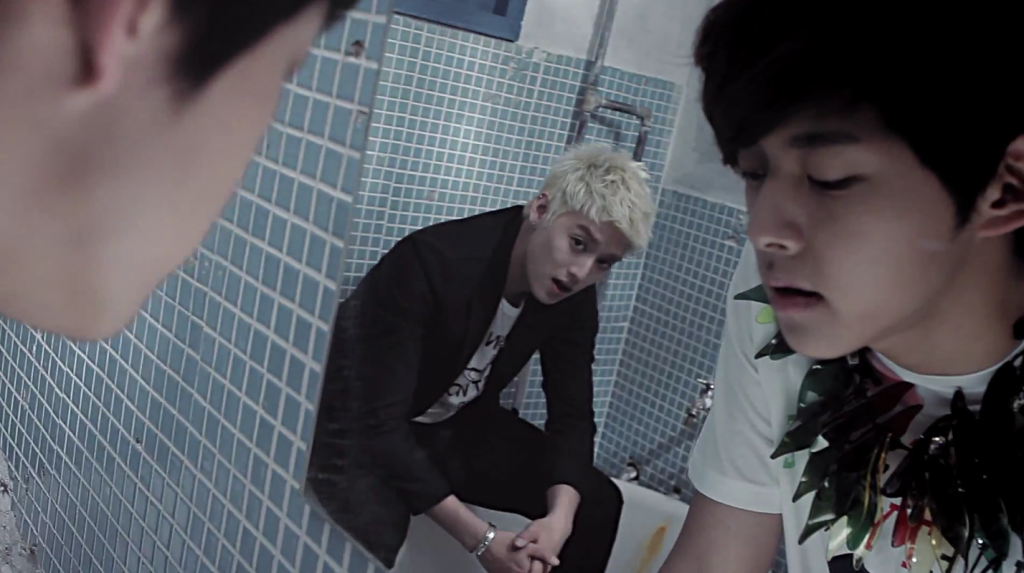 Like I mentioned a little bit before, U-Kiss has there choreography down pat and go the extra mile in terms of delivery, so I’ll give them credit where credit is surely due. They are, in truth (and I’m not a big U-Kiss fan to begin with, so hear this out), emphatic and powerful performers. A rare quality to have, U-Kiss does a fair job of bleeding the emotions of their songs, whether it’s angst or aegyo, and emotion can make all the difference in making or breaking delivery. This MV is no exception, and U-Kiss is definitely strutting their stuff. My only complaint is that the scope and cinematography of the MV fail to capture those talents, and the thus production as a whole is compromised.

As for X-Factor, this MV has none. But that should come as little surprise considering that DoraDora just came out just six weeks ago, so there was no way excess amount of money was going to be dropped for a follow up ‘fan special.’ It’s a shame, because the song and the choreography imply that there could’ve been a complicated backstory or plot line, however it appears as if NH Media didn’t care to make this more intellectually stimulating than, well, Eli rubbing his eyebrows.

Well, that’s a wrap, Seoulmates. What are you thoughts on U-Kiss’ latest track “Believe?”