U-KISS Earns Fan-Points with 'The Special to KISSME' 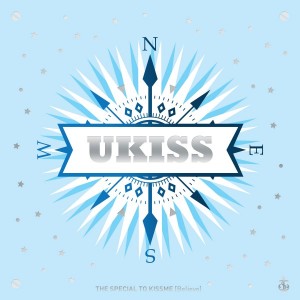 U-KISS hasn’t been recognized for their music within South Korea to the extent of other groups that debuted in the same year as they did, in 2008. But since the end of 2011, the groups have been growing more and more popular around the world, particularly in South America, as shown by their participation in Evento 40, a music festival in Colombia, where the group was the only Korean act performing. The concert was also live on YouTube, opening it to a wider audience. Since then, U-KISS has been requested in other Latin American countries in the Western Hemisphere, a sure indication of their role in promoting K-pop to different parts of the world. To thank fans, U-KISS has provided their beloved KISSMEs with a pleasant gift in their mini-album, The Special to KISSME.

This four track mini-album is a dream to listen to, especially if you want to get your groove on. It’s got the slow jam that just makes you want to sway, the dance tracks that are fun and may cause others to question your impromptu dancing, and that sexy song that makes you just shake it all.

Let’s begin with the title track of the mini-album, “Believe.” Extolling the virtues of their affection, U-KISS serenades their love with a song that features a techno background track. Asking for trust from the source of their affections, the group is sure to profess their trust in turn, establishing a desire for a healthy relationship. The song is wonderfully upbeat; there’s a good balance between the pitch of the background music and that of the vocalists. Kevin seems to suit the song particularly well as he is able to reach some of those high areas that resonate well with the music. But that’s not to say the other members don’t do well. Noteworthy are Soo-hyun‘s stable and always impressive vocals, Dong-ho‘s talk-rapping that suits the genre, Hoon‘s portion of the bridge, Kiseop‘s lead into the major rap, and AJ and Eli‘s rapping portion. Speaking of AJ, he composed the song and wrote the lyrics, and he did well. The song is definitely within U-KISS’s pop sound, and it easily makes the members stand out, qualities that are good for a title track.

This next track is what I think is the star of this mini-album: “Te Amo.”

From the very start, with the English line in an affected tone, there’s a sign that this track is most likely for dance or mindless movement. Then that jazzy saxophone track hits, and anyone is bound to let loose. Combined with the use of synthesizers and techno, the background music track is pleasant to listen to all by itself. Even though this is a song primarily focused on desire and want stemming from physical appearance, there’s particular invention in the lyrics, using important features of a person–“your nose is high, high bridged”–to indicate status or personality and comparison of men to wolves that although seems common, isn’t put into K-pop lyrics often. The rap portion does a good job of using repetition to match the increasing frequency of the sound in the music, creating more of that hyped-up energy, only to fall back to part of the chorus. Also important in this song is the use of Spanish as a nod to their substantial Spanish fan base. With phrases such as “te amo”, I love you, and “tu beso”, your kiss, infused within the song, it’s a special present for those fans whose native language is Spanish and exciting for everyone that listens to the song. 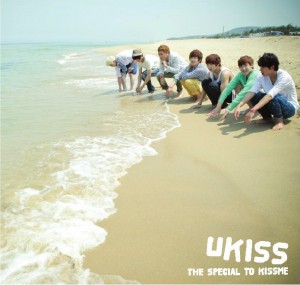 The only distracting part of this song when you actually take a look at the lyrics is the use of the flat line “What you think that we think is cool.” It sounds particularly catchy when just getting caught up in the music, but when you look at the lyrics, there is no clear relationship between this line and the rest of the song. It may refer to a girl acting in a certain way that she perceives is how men like women, but as the rest of the song describes a desire to have that woman, there is no clear reason for that line to be there.

The third track, “It Must Be Fate,” is undeniably sweet. The slower beat allows for the music to drag in a good way, generating that dreamy atmosphere akin to the hazy digital altering put on the videos of particularly happy moments. The background music is kept mostly simple: beats and synthesizer use that allow for a languid feel of relaxation. The rap portions, accordingly, aren’t a forceful as in the previous songs, though they do retain masculine edge, especially since the vocal pitches are lower than the prominent synthesizer sounds in the background. My complaint, once again, lies in the use of the English. “It’s so special night” is used several times within the song, and as U-KISS has at least three members that are proficient at English–Kevin, Eli, and AJ–there really should be no excuse for mistakes in these portions. It sounds potentially like “It’s a special night,” which would make more sense, but lyrics for the song say the intention is the former line, unfortunately. This track is most likely meant for their loyal fans, but as a result, it can seem to be a bit of a lag to those that don’t as regularly follow the group.

The final track is “Let’s Get.”

Perhaps better known for the line “sha bang bang,” this dance track makes full use of sound manipulations at the group’s disposal. The repetition of a rhythm of pulses in the background provides a sound to follow that contrasts against the vocals and the consistent hard beat. The pre-chorus turns all the synths on, finishing the segment with a buildup of striking percussion that leads to the chorus. The chorus and following rap portion, which is particularly well written as well, both return to that rhythm of pulses, but include a twist; those pulses have pitches that vary from before to fit the section and the vocals present. The vocals of the chorus itself seem to be restrained in range of pitch, which make the sound less joyful, perhaps indicating the potential use of a minor scale for those portions. Near the end, the change in rap style was a little jarring, as was the unnecessary pause before another declaration of U-KISS’s return. The line “Let’s get somebody start it” is a little cringeworthy. Even when broken up into “Let’s get somebody” and “Start it,” there’s still little sense in the context of the song. On the positive side, the incorporation of “Hey you know thyself and be humble” was a pleasant surprise, as was the catchy repeated lines of English and Korean at both the beginning and end of the song. 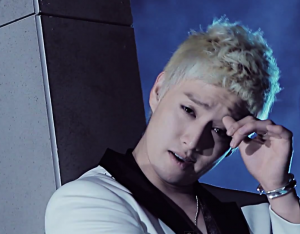 Overall, this song doesn’t have much that stands out as a whole. It’s a good song, but it’s not particularly memorable. It’s better than just a filler, but it’s weaker than other songs on this mini-album.

The Special to KISSME is full of summer dance music, even reminiscent of American popular music that could easily be played in a club setting. The mini-album is cohesive and is distinctly of U-KISS. They’ve returned to an increased amount of synthesized sounds that was present in a lot of their earlier work, but it works in this mini-album. My only wish is that Kevin, Eli, and AJ would get on that English in their songs and improve it. Intellectually, this mini-album doesn’t offer overarching themes that are particularly stimulating, but it’s definitely not meant for that. Some lyrics give refreshing twists on typical ideals, but for the most part, the mini-album can’t provide for those seeking deeper meaning. There also isn’t much range for emotional expression aside from the title track, but for dance tracks, it’s not something that needs to be there.

I give the mini-album a 4/5 for its fit into the season and simply groovy nature. What do you guys think, Seoulmates? Leave a comment letting us know if U-KISS earned points with you!