The Wonder Party is a Wonderful Place 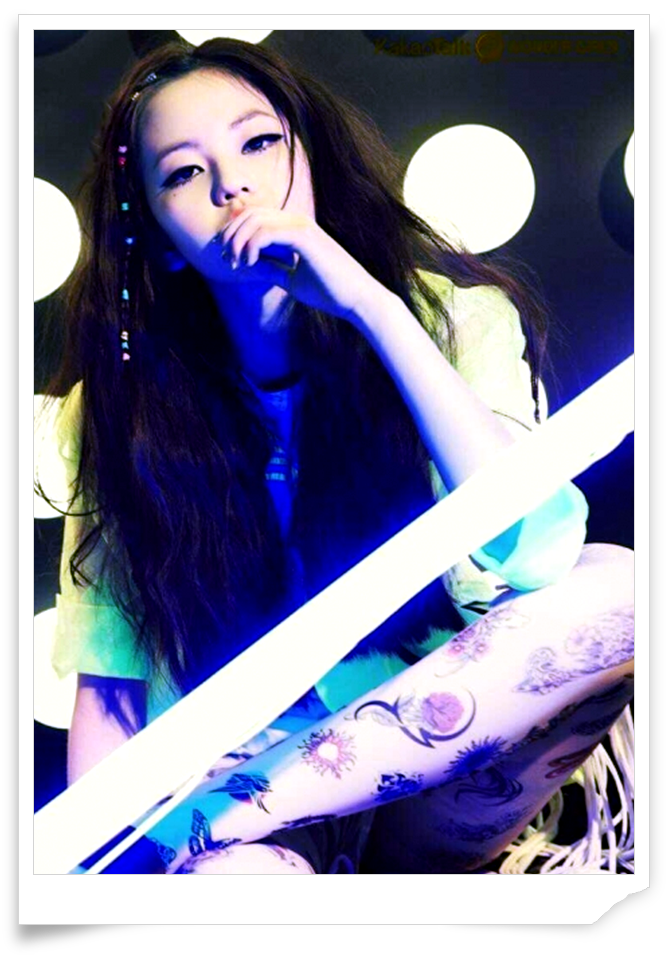 Why, it was just today that I was in the back of my Calculus class, singing the Wonder Girl’s latest and greatest “Like This” into my friend’s ear, when I realized how this WG comeback is really quite something, because so far it’s been both spectacular and rather unexpected. Earlier, Salima laid it down how and why the “Like This” MV was a great way to kickstart this epic comeback, and it was hard to not agree with her. But after sitting down and getting to know the Wonder Party in its entirety, I can tell you “Like This” is not the only praiseworthy track. In fact, the Wonder Party surpassed quite a bit of my expectations. The Wonder World album of earlier this year during the “Be My Baby” comeback was not particularly moving, and I was fairly disappointed with JYP for handing the girls a lackluster full length album for that momentous return to the K-pop scene. However, it seems JYP is going to make amends with the Wonder Party; my sentiments for this track list are overwhelmingly positive, and for several reasons. Without further ado, cue the review.

After who know how many years it’s been, the Wonder Girls have finally moved on from their retro mo-town funk era. Artistically, this album is much more modern, especially relative to what we’ve been hearing from the Wonder Girls for so long. The tone is still young and refreshing, but also very mature, which conveys a great sense of physical and musical growth on the girls’ part, which makes this WG fan particularly nostalgic. It is evident the aim of this album was for an edgier, feistier look at the Wonder Girls, and think it that aim was hit spot on.

Whenever it comes to Ye-eun and Sunye, I have a weakness, but it also hard to deny that these girls are some serious vocalists. But this time they were not the only ones carrying the album vocally, as Yubin had some fierce raps and melodies to contribute, and even Sohee and Lim didn’t completely disappoint me. There is nothing that quite stands out as exceptional, but that is not to say that the vocal arrangement and line distribution in this mini are not on-point.

It’s also of note that two songs off the album (“R.E.A.L. and “Girlfriend”) were written and composed by Ye-eun; Yubin also contributed to the album by writing the lyrics to “Hey Boy.” 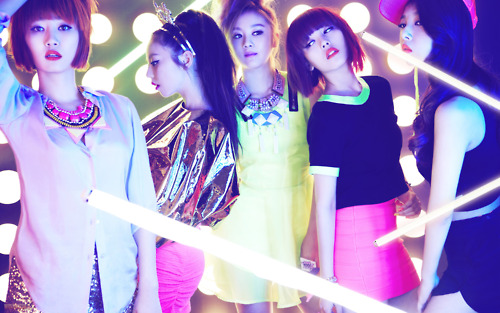 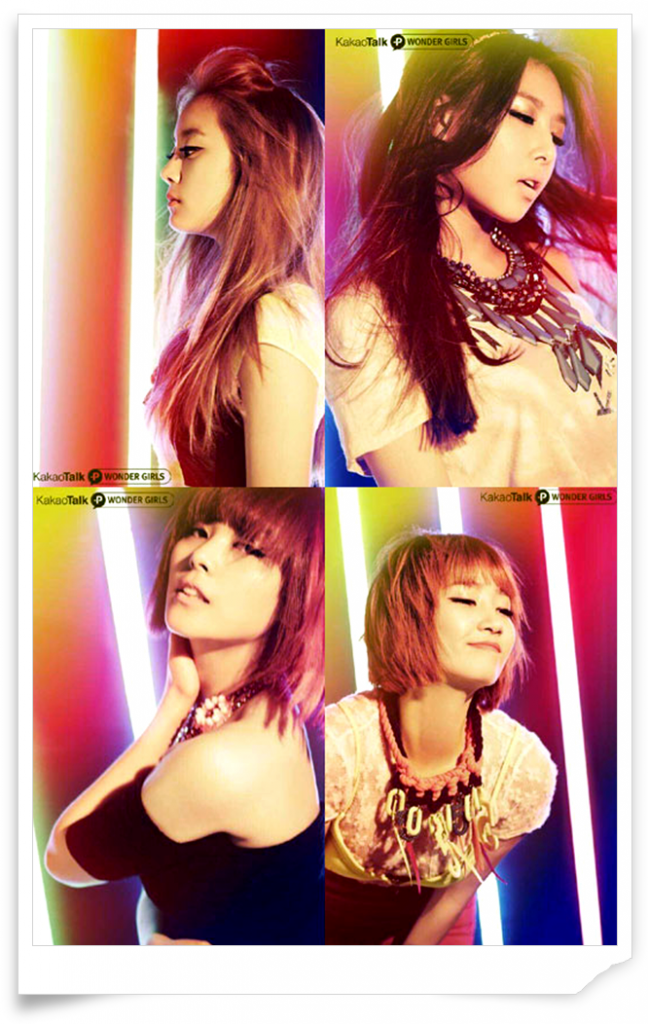 Wonder Party begins up with Yubin telling you her love is as crisp as an apple bite, almost too literally, in the opening song “R.E.A.L.” This is perhaps the only song on the entire mini that I actually don’t care for. It’s a hip-hop-esque compilation of talking, rapping, and short spurts of a catchier chorus. The song is balanced between a slower, more calculated rhythm and a high-energy pop-centric hook, but there are also a lot of other components strung together that make the song too busy musically, and the overall product is a little sloppy.

But everything quickly gets better by the time “Like This” comes around. “Like This” also carries with it a hip hop feel, but has a deeper base and better arrangement of lyric. The bulk of the excitement and energy is concentrated in this track, which makes for a fun, vibrant dance song. The street-sound influence in this song was definitely visually present in the MV, but is also well packaged into the music itself, especially in the beat of the chorus and tempo of the song.

“Hey Boy” is your standard, light-hearted pop song, but is again broken into a slower cadence, which also makes a little more different than standard pop at the same time. This is where we can find the youth in the album, as the song recounts an innocent love story. There’s is nothing too jazzy about this song, but I did think arrangement of the song was expert for the intent of the lyrics.

Now onto my favorite song off the album, “Girlfriend.” This song is another slower song, with more of an RnB dressing to emphasize the more mature tones. This track is the darker, slightly disturbed sister of “Hey Boy,” as it tells the story of an unrequited love and denial. It has a haunting melody that captivates the listener with acoustic strings, electric guitar and measured beats at the drums.

I guess you were sleeping, I’m sorry if I woke you/ It’s not that I had anything to say to you/ I just wanted to hear your voice/ I know I shouldn’t do this, I know it’s over between us/ But will you stay like this for a moment, for a short moment?

“Sorry” is our final track on the Wonder Party, and is another sad number, but a pretty generic pop song overall. After “Girlfriend,” the emotions in “Sorry” pale slightly in comparison, as does the melody, but it is not a flop. This song does what is needs to when it needs too, but there are definitely more enlightening tracks on this mini. 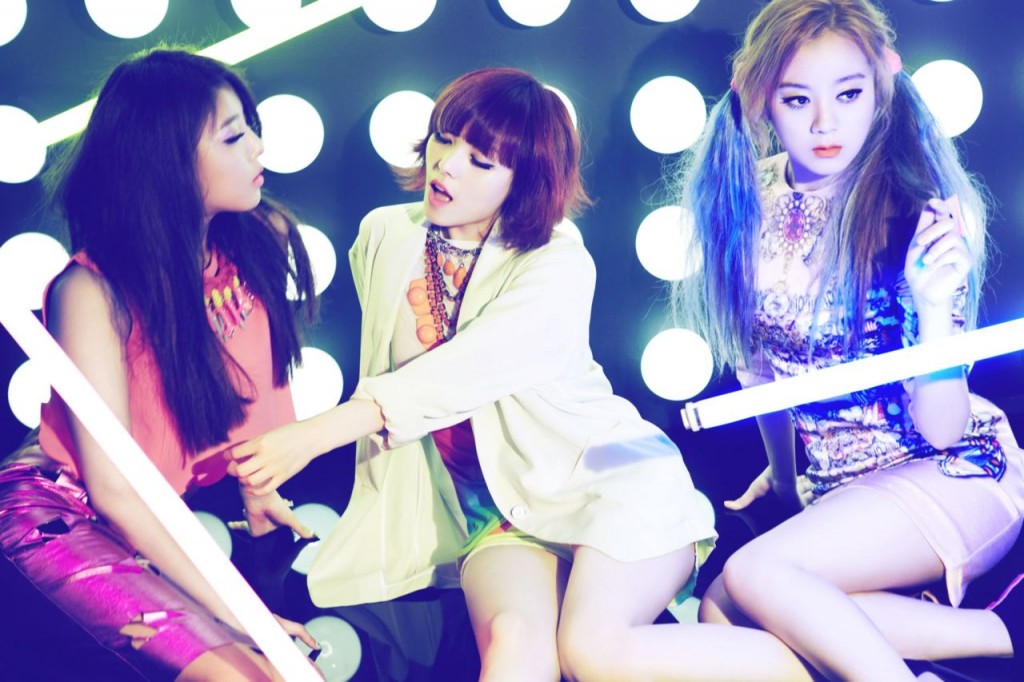 The Wonder Girls definitely took on an entirely new, modern, more mature persona with this album, and present it fabulously through the music on the Wonder Party. It was a huge jump conceptually, especially considering the Wonder Girls have been so out of touch with this kind of sound for so long. However, they really were able to demonstrate a significant amount of growth as artists and not just as idols, and wow audiences with this refreshing approach to their music.

Well, I hope you enjoyed this review of the Wonder Girls’ comeback mini album Wonder Party! Keep your eyes peeled for the epic return of JYP’s infamous quintet to the music stage, and anticipate some stellar performances. Until then, keep partying you wonderful people.